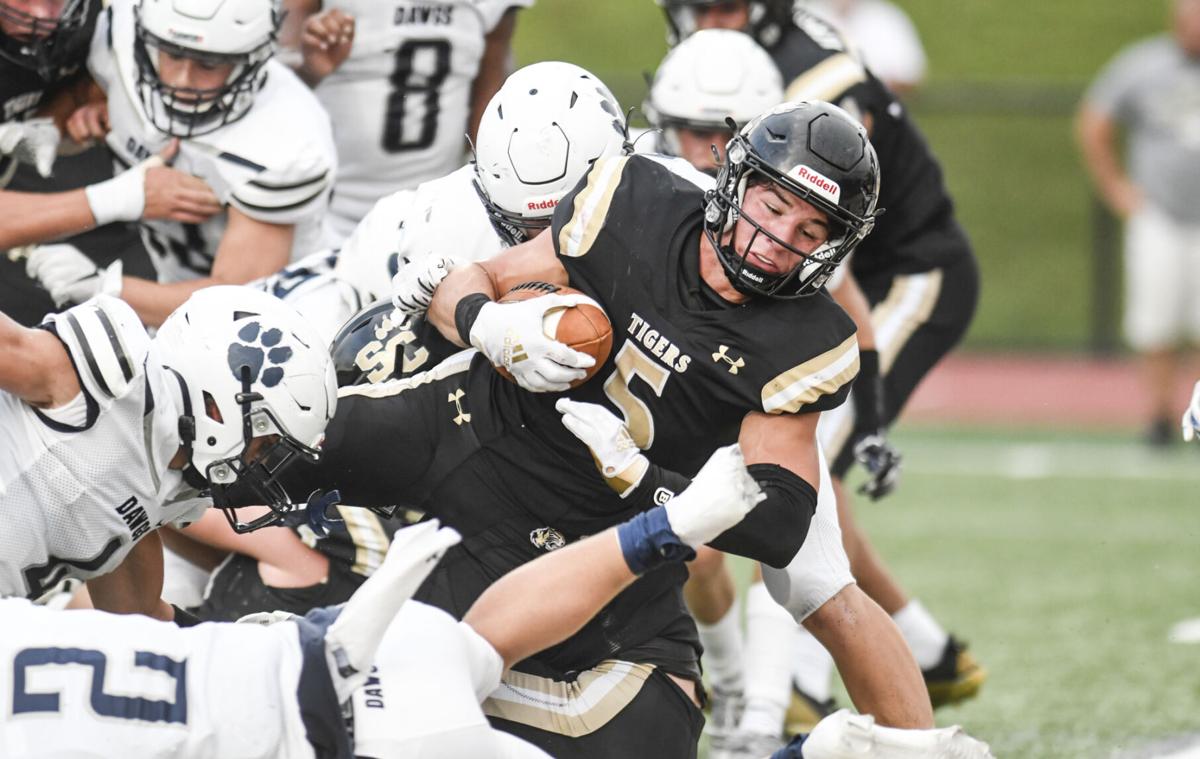 Southern Columbia’s Gavin Garcia dives into the end zone for a two-point conversion against Berwick. 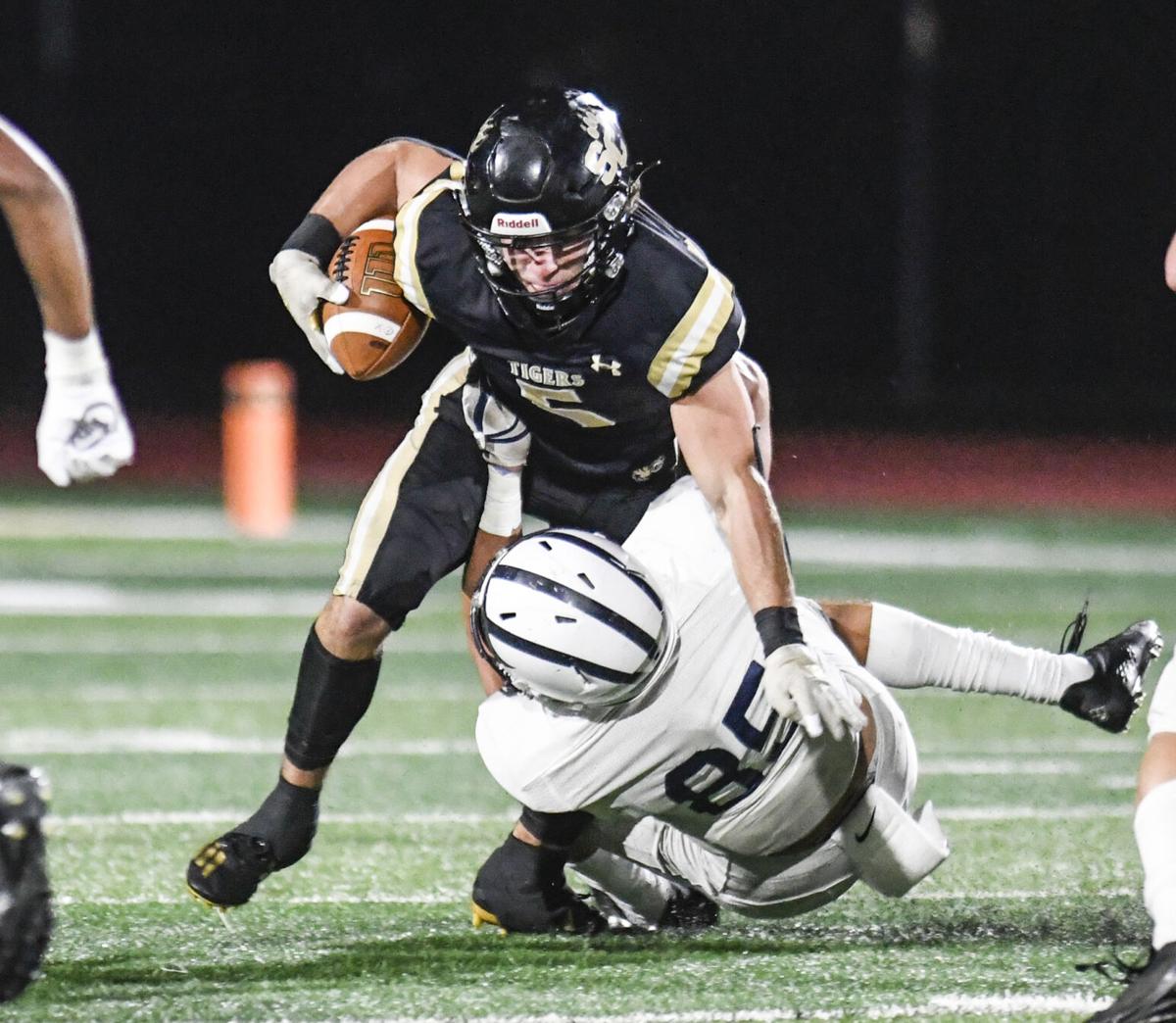 Southern Columbia’s Gavin Garcia dives into the end zone for a two-point conversion against Berwick.

Gavin Garcia and his Southern Columbia teammates experienced something three weeks ago that they hadn’t in a long time — a loss on the football field.

“It was tough,” Garcia said. “It’s not easy to take a loss in any sport, especially with the streak we had. It was a wake-up call. Since then, guys have been taking practice more seriously.

“You can’t base the rest of the season on one game.”

Garcia, a senior, and his teammates still have plenty to play for. The Tigers are the four-time defending Class 2A state champions and have an eye on winning a fifth in a row.

“You can’t dwell on one loss, even if it was new to us,” Garcia said. “All of the guys took it as motivation. We don’t ever want to lose again.”

It was the first varsity football loss for any player on Southern Columbia’s roster.

“I don’t think we lost in junior high,” Garcia said. “The last midget game I can remember losing, I broke my arm in the second quarter and heard about it in the hospital.”

Since the loss, the Tigers (7-1) have defeated two opponents by a total score of 90-7, but those wins came against Central Columbia and Hughesville, teams with a combined record of 3-13.

Tonight’s game against Selinsgrove (6-2) could pose a bigger challenge.

“Coach (Jim Roth) even said after practice (Thursday) that we haven’t really had an opportunity to respond to the loss,” Garcia said. “(Today) we’ve got a chance to really respond, and to show everyone — and us — who we are.

“We’ve got a chance against a really solid team to reassert our dominance.”

Garcia said he thought other teams’ might think some of the Tigers’ mystique is gone since the loss.

“Even before the loss, teams try to do different things and all kinds of stuff to beat us,” Garcia said. “Always the other teams give us their best shot. We’ve got to be ready.”

If things go according to Garcia’s plan, the Tigers are currently at the midway point of their season as the state final should be game 16.

“I’m still confident,” Garcia said. “We’ve got the guys, got the team to do it. We’ve got to come together and play well.

One key for Southern Columbia will be its health. Garcia’s usual backfield mates, Wes Barnes and Braeden Wisloski, have been limited by injury, leading to more carries for Trevor Yorks and Matt Masala.

Yorks (271 yards, five TDs) and Masala (116 yards, two TDs) have responded to the increased workload, and Garcia said not much changed for the Tigers.

“When I get the ball, it’s still the same thing,” Garcia said. “When Trevor and Matt came in, any questions they had I tried to answer. Both they both came in with so much experience, they fit right in. We grooved and got by two teams.

“Now, Wes and Braeden are getting healthy, and that will make us even better.”

No matter who else is in the backfield, Garcia has been the driving force of Southern Columbia’s offense.

Garcia is averaging 11.2 yards per carry this season, and has 1,129 yards and 17 touchdowns on the ground. The Kent State commit also has four receiving touchdowns and four return touchdowns.

That has made him only the third player in Southern Columbia history — joining his older brother Gaige, currently playing for Lehigh, and Henry Hynoski, current Shamokin coach and a Super Bowl champion with the New York Giants — to score more than 100 career touchdowns.

“To be in a group with those two is pretty elite,” Garcia said. “I was glad to reach that milestone. I just let the stats — yards and touchdowns — come, while I’m focused on winning, especially this year.

“The only goal is getting back to Hershey.”

Gaige Garcia said he was proud of his brother, who he won two state titles with.

“It’s an awesome accomplishment for him,” Gaige Garcia said. “Not many people can say they have done something like that. He’s a special player, for sure, and would have every record possible if he played full games.

“He does things on a football field that just aren’t human, and can score any time he touches the ball.”