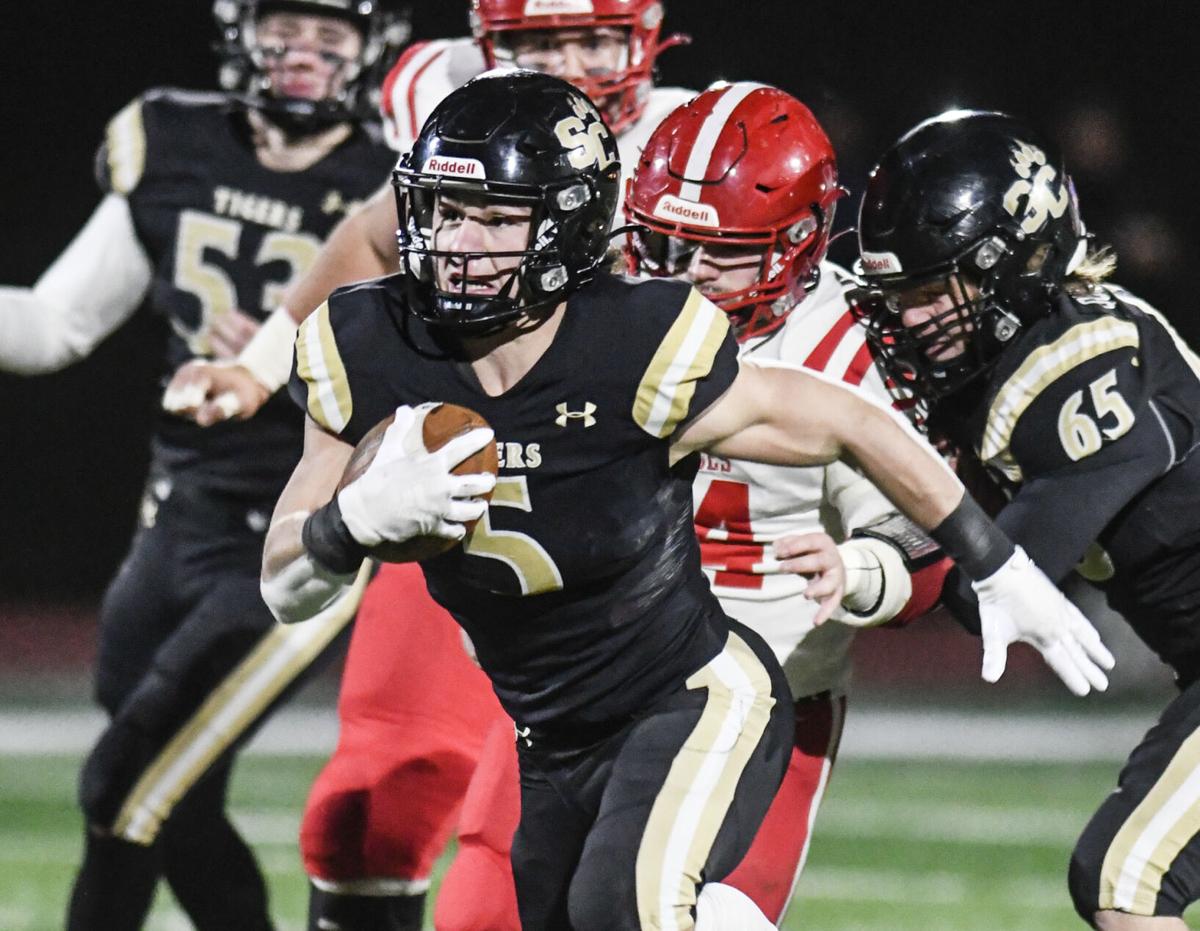 Southern Columbia’s Gavin Garcia sprints on his way to a touchdown during last week’s district final against Mount Carmel. 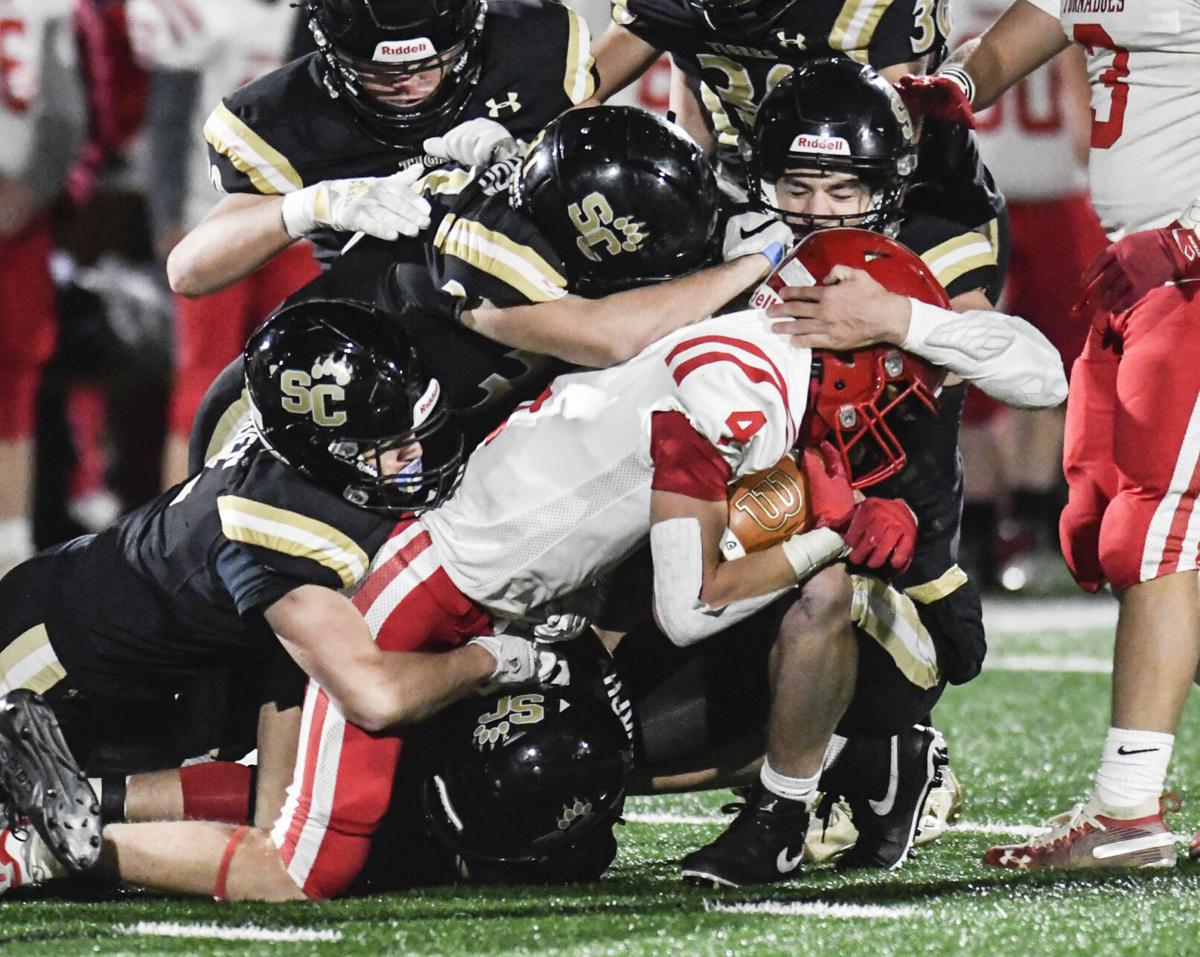 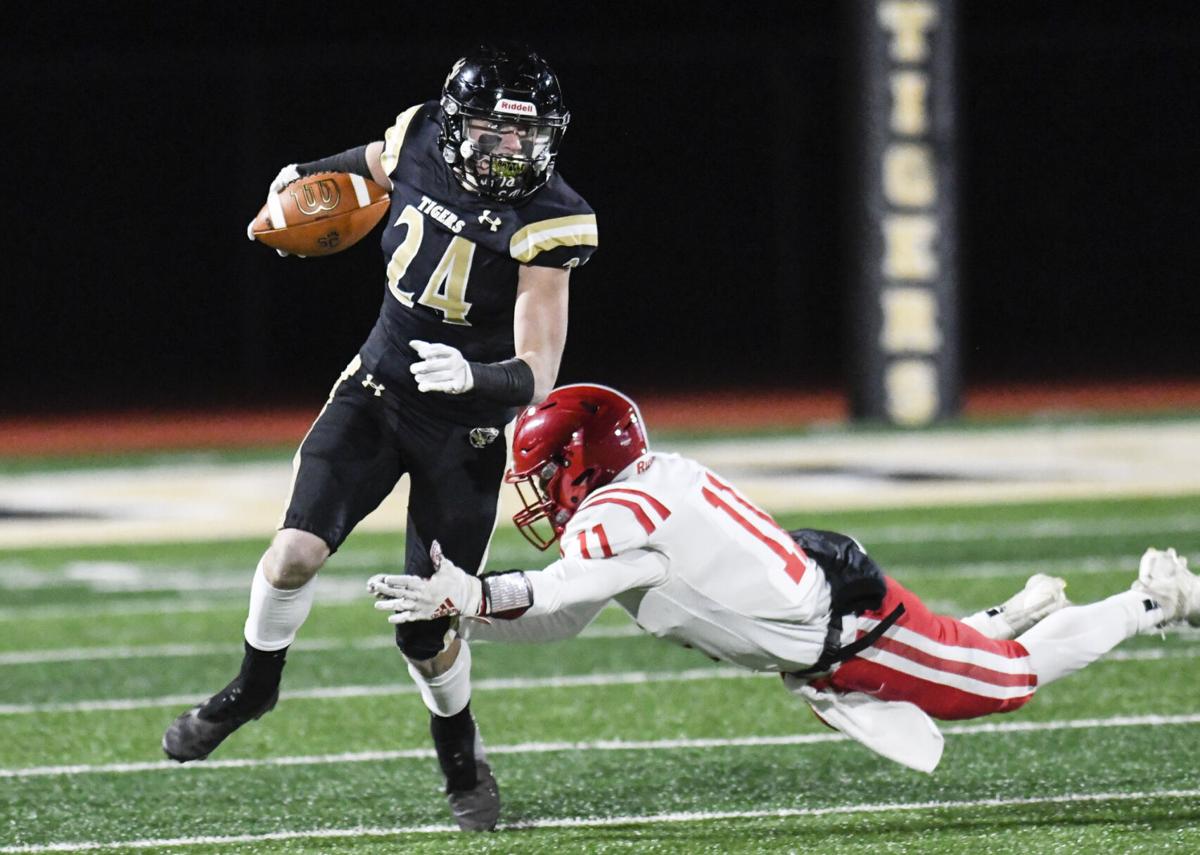 Southern Columbia’s Gavin Garcia sprints on his way to a touchdown during last week’s district final against Mount Carmel.

After last week’s win over backyard rival Mount Carmel, Southern Columbia will face a much different challenge tonight when they face Richland in a PIAA Class 2A quarterfinal.

Although the Red Tornadoes did hit the Tigers with a touchdown pass to take the first lead of the game, they only went to the air five times while running it 51 times in their shotgun single wing.

Richland, which is playing Southern Columbia for the third straight year in the state playoffs, will attack the Tigers defense in a very different way. Instead, the Rams will try to light the scoreboard at Jim Roth Stadium at Tiger Field with the high-octane spread offense that has gotten the Johnstown team to this game with an 11-2 record.

Southern Columbia, the four-time defending state champion, defeated the Rams 49-27 and 57-30 in the last two meetings.

“I think they might be a little bit more pass-oriented than last year,” he said. “They didn’t run the ball much at all the last two games (in wins over Bellwood-Antis and Forest Hills).”

No Tigers opponent since last year’s Richland team has run such a wide-open offense, Roth said, with Danville and Loyalsock coming the closest.

Roth said that because of how often the Rams throw the ball, they are diverse and balanced in their passing game.

“We will see a lot of short stuff underneath, which is like an extension of their running game, and they are going to take their shots down the field,” Roth said. “They throw the deep ball quite a bit.”

Richland senior quarterback Kellen Stahl, a three-year starter, has thrown for 2,605 yards and 35 touchdowns, and five interceptions, with a long TD of 81 yards. He is 151-of-256 passing.

“They run him a lot,” Roth said. “He’s athletic and he’s a runner and he’s got decent ability to get away from the pass rush and run. He’s not just a drop-back quarterback.

“They will run empty sets and spread you out with five receivers, and then he runs it.”

That makes Southern’s pass rush an important piece of its defense, which is one thing that concerns Richland coach Brandon Bailey.

“The team that controls the line of scrimmage will definitely have the advantage,” Bailey said. “Southern Columbia does a great job of blitzing the quarterback and disrupting the passing game.”

Roth said that was going to be especially key against a team that plays offense the way Richland does.

“Getting pressure is just as important as the coverage,” Roth said. “It’s not all about sacking him; it’s about just not giving him a lot of time and getting him uncomfortable.”

This year, the Tigers have 34 hurries and 30 sacks.

Richland returns six defensive and five offensive starters from last year’s game, including all of its skill players, four of whom also starr in the secondary.

“I think playing Southern Columbia the past two years has given our players an understanding of the scheme that they are going to see and the level of talent that the SC players have,” Bailey said. “We have tremendous respect for the program, but we will enter the game with an expectation that we will win the game.”

Despite the gaudy numbers in the passing game, the Rams have proven they are no slouches at running the ball. The team has rushed for 2,110 yards this season, led by Lewis’ 730 yards and 10 TDs. Sophomore running back Evan McCracken has picked up 488 yards on 65 carries and four scores.

Both teams have the capabilities of explosive plays, Bailey said.

For Southern Columbia, that starts with senior halfback Gavin Garcia, the reigning Pennsylvania Small Schools Player of the Year, who has 1,941 rushing yards and 32 touchdowns this season.

“Gavin is a tremendous football player, but we cannot focus solely on him due to the variety of talented players,” Bailey said. “Honestly, it is hard to replicate Gavin in practice due to his skillset on the field.”

Bailey said that in last year’s contest, the Tigers had 13 explosive plays of 10 yards or more and the Rams had 16.

“If we can win the big-play battle and make them drive the field, that will greatly improve our chances of coming out victorious,“ he said.

Nevertheless, if the Rams get caught spending too much time with Garcia, they may be looking at the numbers on the backs of jerseys worn by halfback Braeden Wisloski, fullback Wes Barnes and wide receiver Jake Rose.

Although both missed time this year with injuries, Barnes has run for 677 yards and 10 TDs, and Wisloski has 609 yards and six. Rose has 25 catches for 531 yards and eight scores.

“We are looking forward to the challenge. Southern Columbia has been the standard for many years, and this is a great opportunity for our program,” Bailey said.