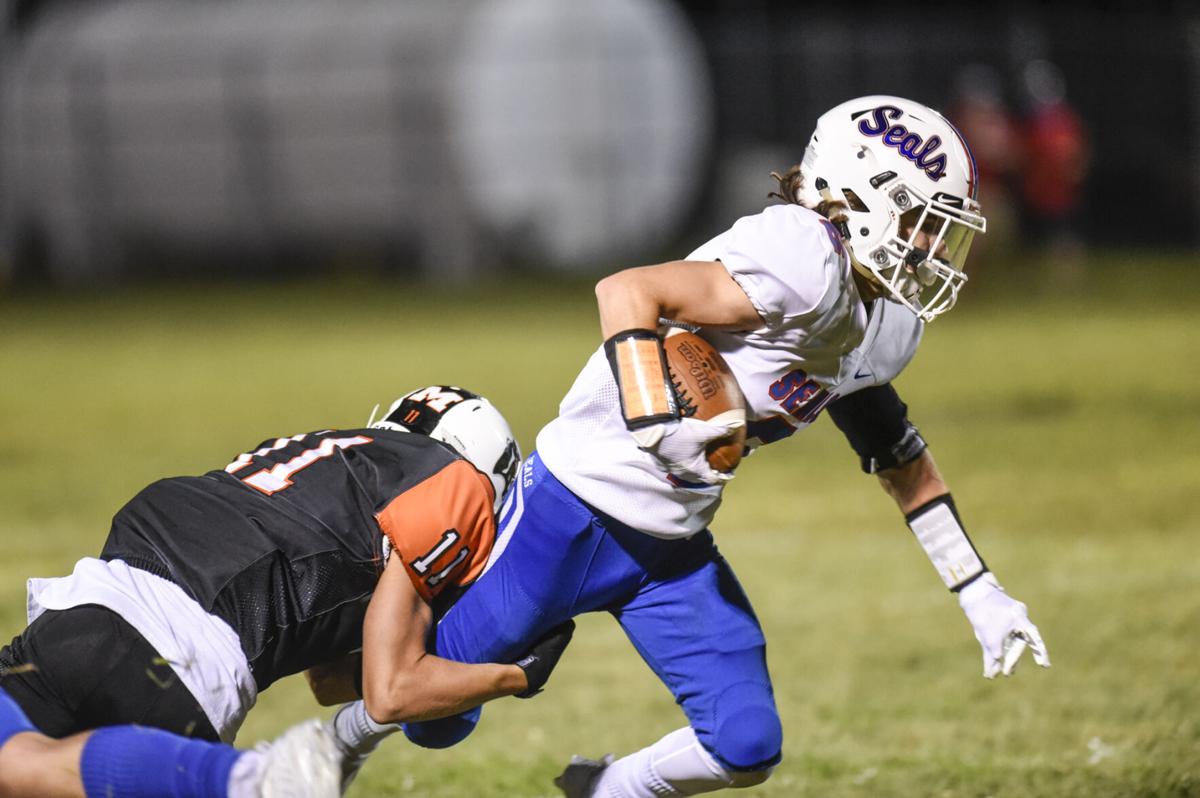 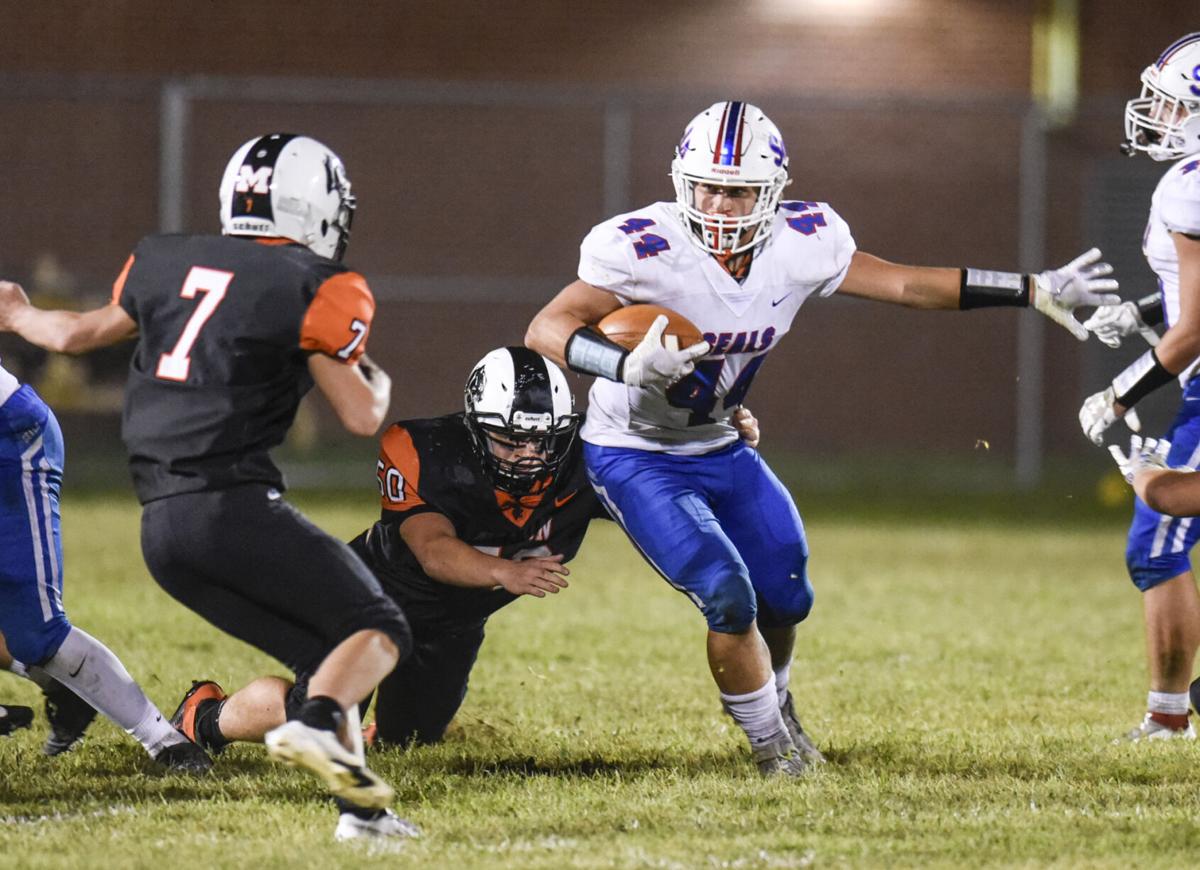 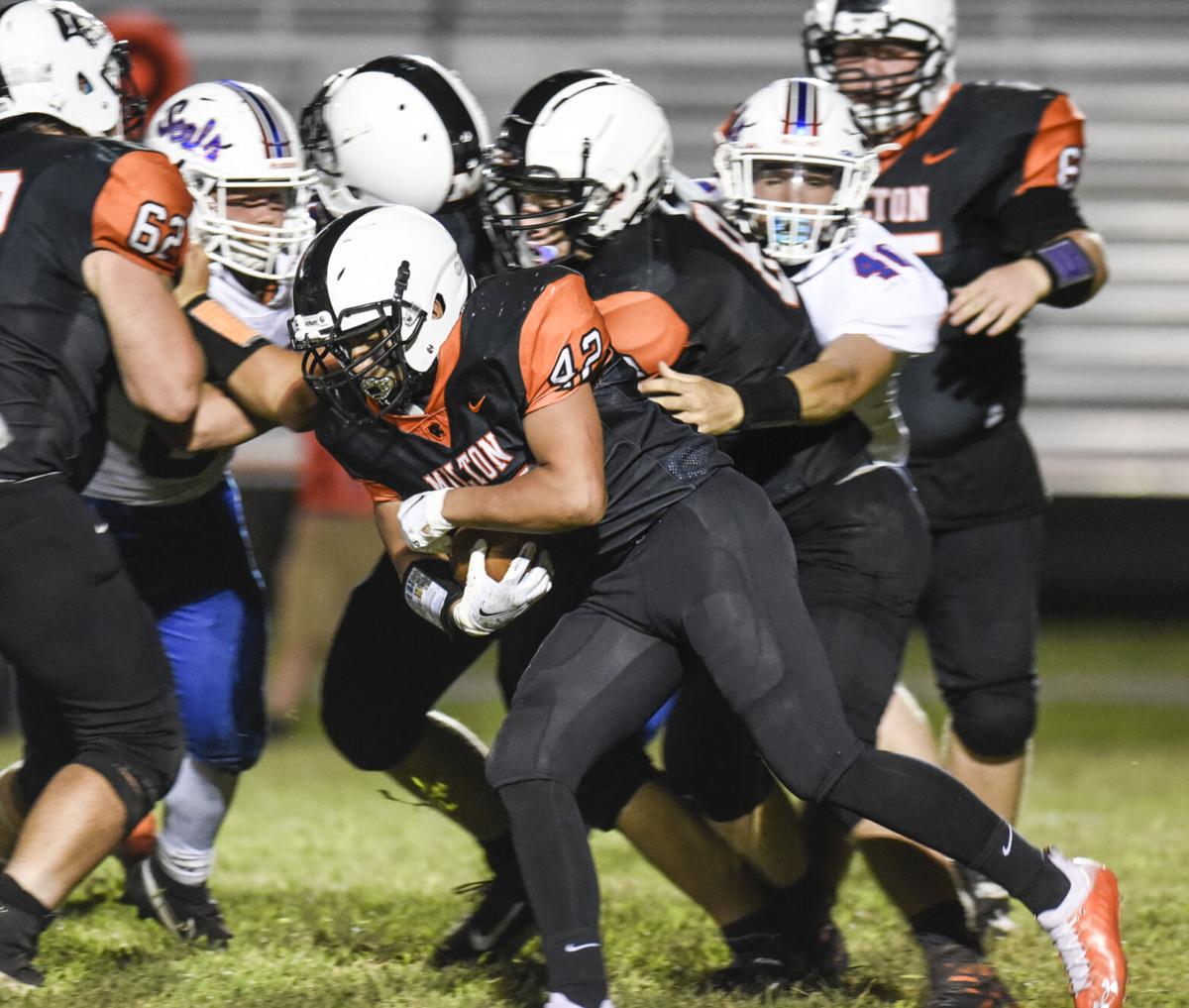 MILTON — When you think of the many ways to win a football game, special teams usually plays fourth fiddle to a game won in the trenches, a high-flying offense or a stifling defense.

However, Friday night Selinsgrove blocked three punts and returned a kickoff for a touchdown to help roll to a season opening 42-6 victory over the host Milton Black Panthers.

The first of the Seals’ three blocked punts came following Milton’s first possession of the game. After downing a punt of its own deep in Milton territory, a strong Selinsgrove defensive stand forced Milton to punt from inside its own 5-yard line.

Selinsgrove junior Brandon Hile rushed off the right edge and got to the Milton punter in time to deflect the ball. The ball ended up downed at the Milton 4-yard line, but the Black Panthers forced a fumble on the ensuing play, earning a touchback and keeping the score 0-0.

Despite the slow start for the Seals, the team would find its groove quite quickly.

“We started slow,” said Seals coach Derek Hicks. “We had a couple opportunities to put some touchdowns up early, and we missed those. But the kids responded.”

Late in the opening quarter, the Seals got their first score of the season. A Nate Aument interception set the Seals up in Milton territory, and just one play later Nate Schon ripped off a 41-yard run to earn a 7-0 advantage.

The Seals scored again on their next possession on yet another long run. This time, Ryan Aument scored from 53 yards out, his first of two touchdowns on the night. He would finish the game with six carries for a team-high 64 yards.

“With Schon, Aument and Teague back there, our line doesn’t have to dominate, they just have to stay on guys and open up some seams.” Hicks said. “Our goal is to really establish that running game each week.”

With a 14-0 lead early in the second quarter, Selinsgrove got to its second punt of the day. This time Schon burst through the line and got his fingertips on the ball, causing the Milton punt to travel just five yards.

Four plays later, Selinsgrove punched in another score, giving the Seals touchdowns on three consecutive possessions and a 21-0 lead.

Milton earned its first points of the 2020 season on the following possession. The Black Panthers – led mostly by senior running back Jason Valladares – marched down the field on a methodical drive that took more than six minutes off the clock.

Valladares toted the ball nine times on the 13-play drive. Senior quarterback Ethan Rowe dove in for a one-yard score that got Milton back in the game, trailing just 21-6.

Valladares finished the night with 30 carries for a game-high 69 rushing yards for the Milton offense, while Rowe ran the ball four times for 10 yards and the lone Milton score.

Right as it seemed Milton may have earned some momentum, Nate Aument made his second big special teams play of the day. On the ensuing kickoff, Aument scooped the ball up at the Selinsgrove 16-yard line, made a few players miss, and scooted 84 yards into the endzone for a kickoff return touchdown.

“Our special teams were atrocious. It absolutely killed us tonight,” said Milton head coach Phil Davis. “We were able to score and then gave up a quick touchdown that completely took the wind out of our sails.”

The quick score sent Selinsgrove into the locker room with a 28-6 lead at the half.

In the second half the Seals continued to score. Junior running back Teague Hoover carried six times  for 38 yards and a pair of touchdowns in the third quarter.

Mid-way through the third quarter, Selinsgrove’s special teams unit struck again as multiple players penetrated through the line for the third blocked punt of the night.

“Brandon Hile is so quick and long,” said Hicks. “He did a nice job coming off the edge and getting his hands up all night. He was able to deflect one and knock down another one.”

Selinsgrove (1-0) will travel to Central Mountain (1-0) next Friday.

The Black Panthers fall to 0-1 -- and, according to Coach Davis, still have a lot to work on.

“We’ve got a lot to work on,” said Davis. “We were unable to sustain drives. Early in the game we didn’t have great field position. We played hard, but we’ve got some things to work on.”