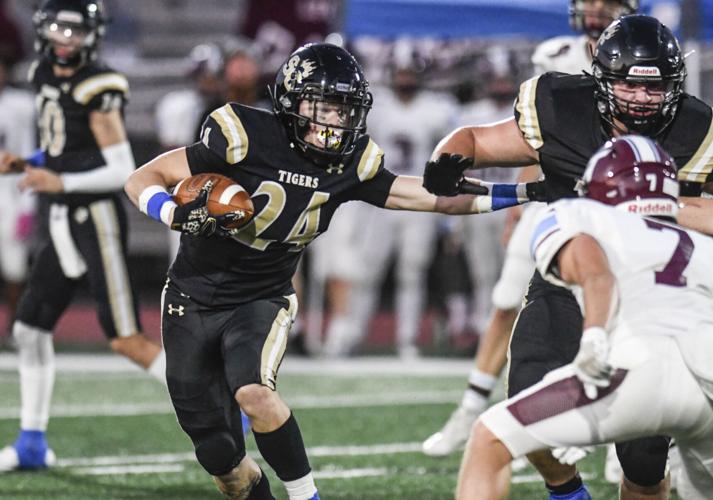 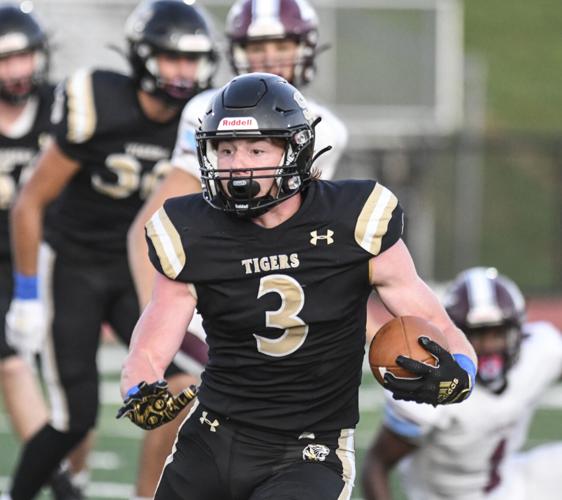 Southern Columbia’s Wes Barnes carries the ball during a game earlier this season. 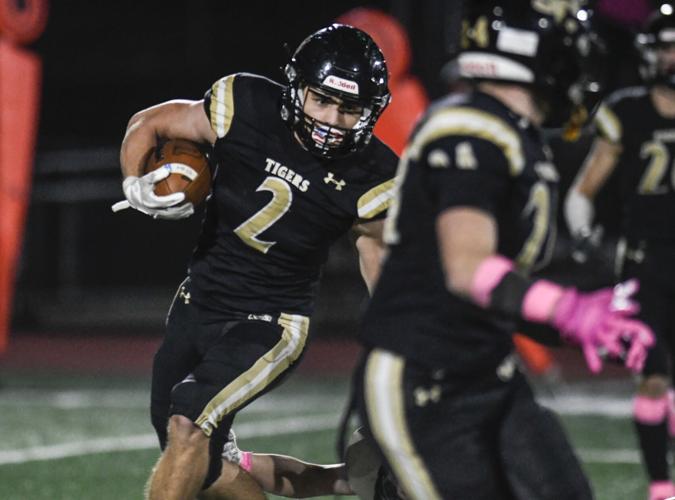 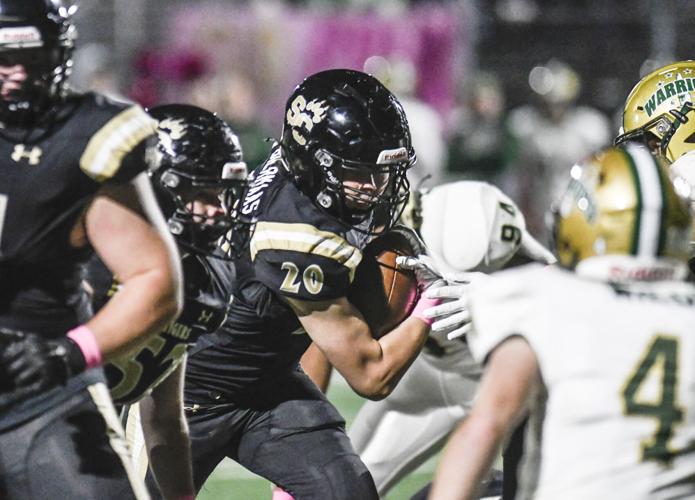 Southern Columbia’s Jack Biermass tries to navigate through traffic with the ball on a carry during Friday’s game against Wyoming Area.

Southern Columbia’s Wes Barnes carries the ball during a game earlier this season.

Southern Columbia’s Jack Biermass tries to navigate through traffic with the ball on a carry during Friday’s game against Wyoming Area.

There aren’t many small-school football programs in the country, let alone the state of Pennsylvania, that have had as much success as the two that clash at 7 p.m. tonight in Mansion Park.

Since 2014, Southern Columbia and Bishop Guilfoyle have combined for 10 state championships (seven by the Tigers in Class 2A, three by the Marauders in Class A), but it will be the first meeting between the storied programs. This is Bishop Guilfoyle’s first year in Class 2A after moving up due to the competition formula for this two-year cycle.

“Sometimes when we get to this level, when we get an advantage, we can take control psychologically,” Roth said. “No matter what happens, we have to expect a battle for four quarters. We can’t expect them to ever back down. They’ve been too successful over the years.”

The formula for success against Bishop Guilfoyle is simple in theory but tough in execution.

The Marauders boast the reigning Class A Player of the Year in quarterback Karson Kiesewetter. The numbers certainly make him one of the favorites to win this year’s Class 2A honor. He has 3,228 total yards (1,707 passing, 1499 rushing) and 46 total touchdowns (30 rushing, 16 passing). In the only game he missed this season, the Marauders scored just seven points in their regular-season finale, an 18-7 loss to Bedford.

“They give you a lot of empty sets, a lot of different formations, and a lot of shifting. Most of it revolves around trying to get an advantage on the edge for the quarterback to run,” Roth said. “(Former Berwick coach) George Curry said if you have a quarterback that can really run it’s like having 12 guys on offense. It gives you an extra blocker or an extra guy that ties up a defender by the formation.”

Roth said the only consolation is that the Tigers know it’s coming tonight in Altoona.

“Because he does run so much, there isn’t an element of surprise,” Roth said. “He’s getting the ball.”

Kiesewetter has either a pass or rush attempt on 63 percent of the Marauders’ 601 plays in the 12 games he’s played. and even though he’s such a running threat, Roth said when Bishop Guilfoyle does pass, Kiesewetter is not one to tuck the ball and run at the first sign of trouble.

“He’s a good decision-maker. Normally a high school kid with the kind of running ability, as soon as there is pressure, he’s pulling the ball and running,” Roth said. “He’s always got his eyes downfield, trying to make plays down the field.”

The Marauders are more balanced in their passing game. Cooper Rother leads the team with 41 catches for 529 yards and four touchdowns, while 6-foot-1 Anthony Cioffari leads the team with five TD grabs. Cioffari, who also leads the Marauders with 14.5 sacks, is questionable for the game after suffering an injury in the District 6 championship victory over Penns Valley.

That brings another aspect to the Bishop Guilfoyle offense. Rother is the team’s second-leading rusher at 894 yards as he occasionally plays Wildcat quarterback with Kiesewetter moving to the slot for a fake or a handoff in jet-sweep or read-option looks.

“We just have to make sure we are lined up properly,” Roth said. “With all the variations they give, we just have to be prepared.”

Southern Columbia feels pretty confident offensively entering the game. The Tigers rolled up more than 400 yards on 57 carries against Mount Carmel in the last week’s district championship game after not breaking 100 in a regular-season loss to Mount Carmel.

“I felt our offensive line showed some growth, and the fact we held our own up front against Mount Carmel is a good sign,” Roth said. “All they have to do is give Wes (Barnes) and Braeden (Wisloski) room to get started. If they have enough room to get started, they will hit some long runs.”

The winner of today’s game will face either District 3 champion Trinity or District 11 champion Executive Education in next weekend’s semifinals.