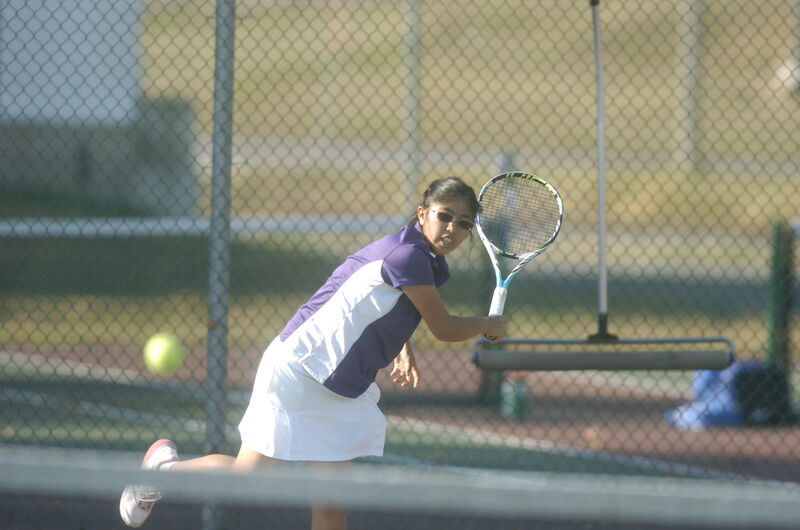 Danville’s Linda Yang follows through on a forehand return in 2013. Yang, a two-time Daily Item Girls Tennis Player of the Year was named to the Girls Tennis Team of the Decade (2010-19). 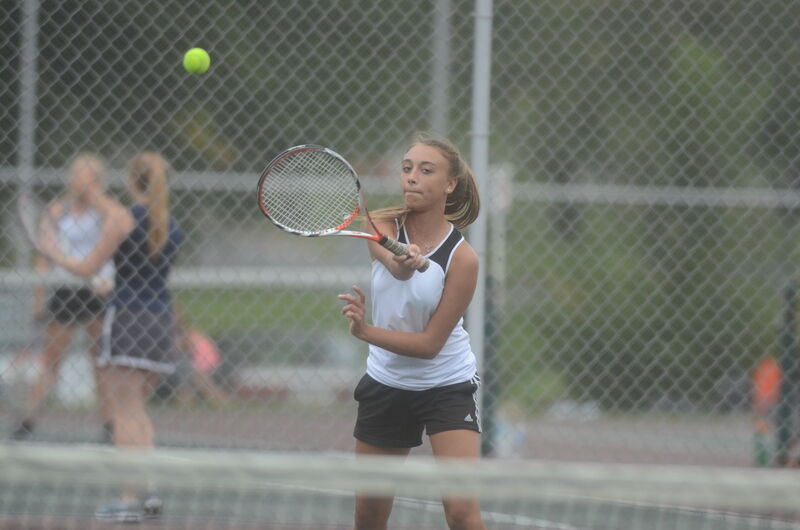 Milton’s Carissa Wagner hits a volley during a 2015 match. Wagner was a member of Milton’s state-qualifying team in 2016. 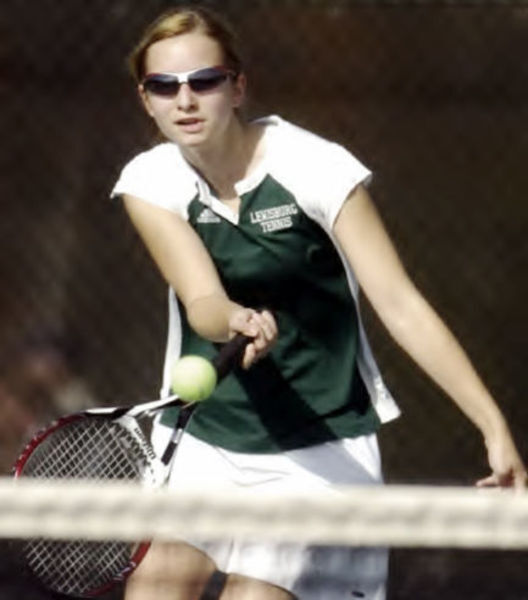 Lewisburg’s Sarah Graber hits a volley during a 2013 match. 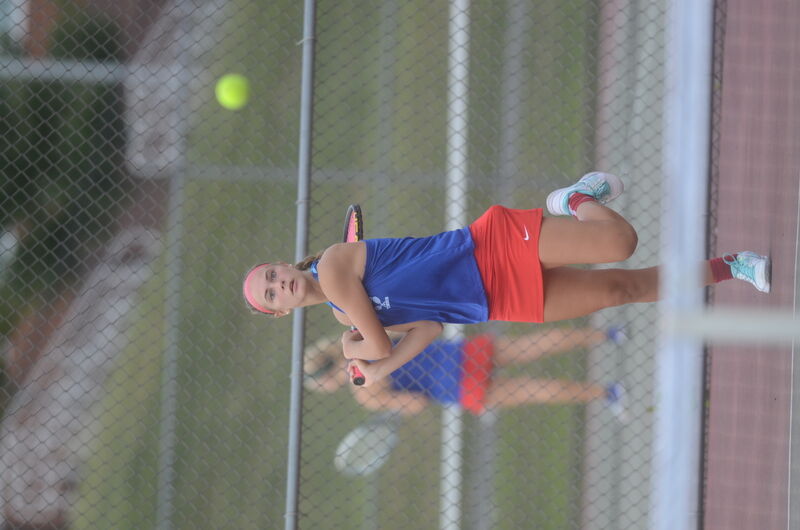 Selinsgrove’s Savanna Foor follows through on a shot during a 2015 match. 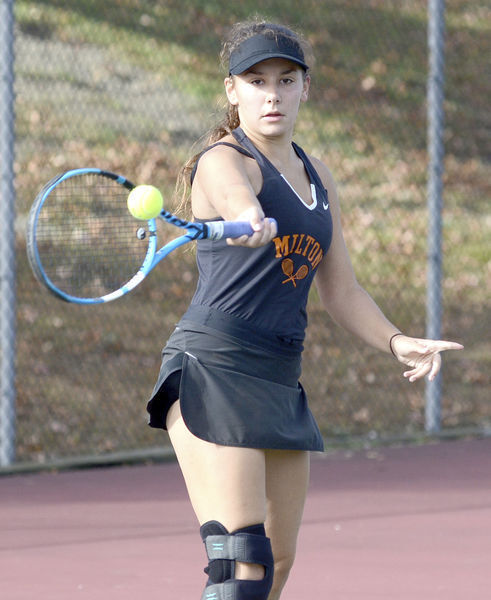 Milton’s Hannah Seebold hits a forehand return during a match in 2019. 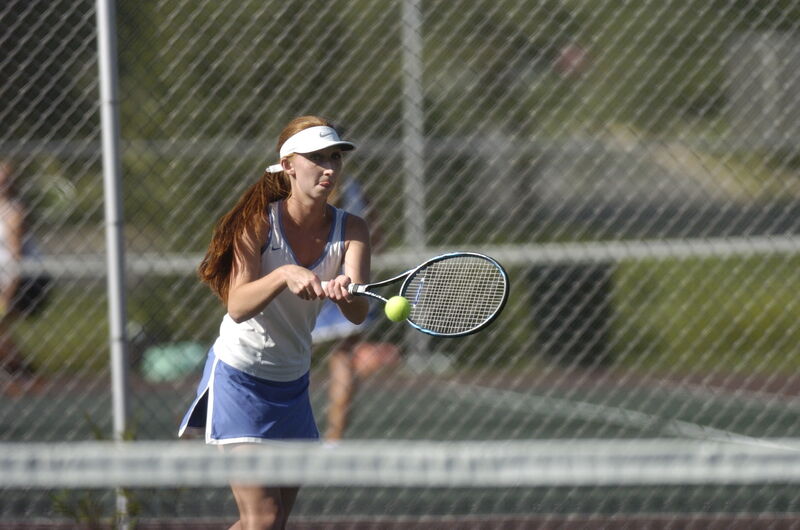 Selinsgrove’s Liza Smith hits a backhand during a 2014 match.

Danville’s Linda Yang follows through on a forehand return in 2013. Yang, a two-time Daily Item Girls Tennis Player of the Year was named to the Girls Tennis Team of the Decade (2010-19).

Milton’s Carissa Wagner hits a volley during a 2015 match. Wagner was a member of Milton’s state-qualifying team in 2016.

Lewisburg’s Sarah Graber hits a volley during a 2013 match.

Selinsgrove’s Savanna Foor follows through on a shot during a 2015 match.

Milton’s Hannah Seebold hits a forehand return during a match in 2019.

Selinsgrove’s Liza Smith hits a backhand during a 2014 match.

Eleanor Gerhard would have been a lead-pipe cinch for The Daily Item’s Girls Tennis Team of the Decade if she hadn’t disappeared after one extraordinary season.

The freshman took the area by storm in 2011, bringing a decade of training and a USTA tournament background to the Heartland Athletic Conference.

Despite joining a Lewisburg team that boasted the previous two Daily Item Players of the Year (Laura Sprunt in 2009, Sarah Graber in ‘10), Gerhard played first singles and went 15-1 in the regular season. She then blazed a path to the District 4 Class 2A championship match where, despite settling for the silver medal, she became the area’s first state qualifier since 2003 (Danville’s Michelle Wood).

In fact, Gerhard was the first of only two area singles players who earned a state berth in the decade.

And then, like salt sprinkled in soup, she was gone.

“(The) loss is huge,” then-Green Dragons coach Matt Barr said prior to the 2012 season.

It seems Gerhard moved out of the Central Susquehanna Valley, but her tennis career continued to blossom. She matriculated at Camp Hill High School for her sophomore year, and immediately claimed the Lions’ top singles position. She earned the No. 4 seed for the District 3-2A tournament, and bowed out in the quarterfinals.

In 2013, as the district’s No. 2 seed, Gerhard knocked off top-seeded Liz Veronis, of Lancaster Catholic, to win the District 3-2A championship — and avenge her quarterfinal loss the previous year.

“It’s amazing,” Gerhard told The (Carlisle) Sentinel. “Ever since freshman year, I’ve been wanting to win a district title — and now I have.”

Curiously, Gerhard left the Camp Hill tennis team in her senior year to run cross-country. She placed 29th in the District 3-A meet, while Veronis won her first tennis title.

Gerhard ultimately returned to the courts while attending St. Bonaventure.

Her former teammates, Sprunt and Graber, have places on the All-Decade Team, as do three Milton players — two of whom (Carissa Wagner and Olivia Eisenhauer) helped the 2016 Black Panthers make the Valley’s last state tournament appearance in girls tennis.

Seebold capped the decade as the two-time Daily Item Player of the Year following her second consecutive season of double-digit wins at first singles. She was 24-13 for the Black Panthers in that two-year span.

As a junior, Seebold sailed to the District 4 Class 2A semifinals with a one-day run of three victories. She then made the quarterfinals as the district’s No. 3 seed in her senior year.

Milton’s first singles player for three seasons, she also paired with sister Haley to win a district doubles match in 2019.

Sprunt entered the decade as the reigning Daily Item Player of the Year, having won 13 matches — mostly at second singles — and having also advanced to the district quarterfinals as a sophomore. She followed that banner season by going 14-5 at No. 2 singles in 2010 to earn her third straight Daily Item all-star nod.

Sprunt then thrived at second singles during her senior season while bookended by freshman Eleanor Gerhard at No. 1 and classmate Sarah Graber at No. 3, the 2011 and 2010 Daily Item Players of the Year, respectively.

Sprunt also teamed with Graber for a district doubles run in 2010 that ended in the quarterfinals after a pair of victories.

Yang, like Seebold, was a two-time Daily Item Player of the Year, honored after her sophomore and senior seasons.

She debuted on the Ironmen’s top doubles team as a freshman, forging a 9-3 record with partner Alika Lopatka. The following year, Yang took over Danville’s first singles position and went 13-3 with a run to the District 4 Class 2A championship match. Along with claiming the district’s silver medal, she qualified for the 2013 state meet — the last area girl to earn a PIAA singles berth.

Yang and Lopatka went 2-1 to reach the district doubles quarterfinals in their junior season. Yang capped her stellar career with a third Heartland Athletic Conference-Division I first-team singles nod.

Eisenhauer excelled in doubles play, particularly in the postseason. In each of her last two seasons, she and her partner won a pair of district matches.

In 2017, Eisenhauer teamed with Rachel Boop to reach the district doubles quarterfinals. The following year, Eisenhauer and Kaylin Scott earned the district’s No. 6 seed and advanced to the quarters.

Eisenhauer also broke out with 15 wins at second singles during her senior season, and she was honored with her first Daily Item all-star nod for singles play.

Wagner was a doubles whiz, surpassing her own bar for success in each of her last three seasons with different playing partners.

Wagner, then a sophomore, joined junior Chelsea Buck on Milton’s No. 2 doubles squad that went 14-2 to earn Heartland-I first-team honors. The following year, Wagner and senior Alaina Houtz won a pair of matches in the District 4 Class 2A tournament and made the quarterfinals. As a senior, Wagner teamed with Taylor Wolfe and won a trio of district matches to reach the semis.

Wagner played first singles as a senior and led the Black Panthers to the district team tournament silver medal (and the Valley’s last state berth in girls tennis). She was Daily Item Player of the Year with a 19-6 overall mark.

A three-time Daily Item first-team all-star, Ettinger was twice seeded in the District 4 Class 2A singles tournament. She won district matches in both her sophomore and senior seasons.

Foor posted double-digit wins in singles play three times, including a stellar senior year in which she reached the district quarterfinals and teamed with Olivia Fravel to make the doubles semis.

Graber won 20 singles matches over her final two seasons, 10 in her junior year while playing No. 1. She was Daily Item Player of the Year that season, also reaching the district doubles quarters.

After posting a 13-0 doubles mark with Shannon Sheridan as a sophomore, Grubb stormed into the decade with records of 13-4 (at No. 2 singles) and 8-3 (at No. 1) in consecutive all-star seasons.

Smith, already an accomplished violinist in high school, played her racquet strings well enough to go 8-6 at No. 2 singles as a junior and 9-6 at No. 1 in her Daily Item Player of the Year senior season.