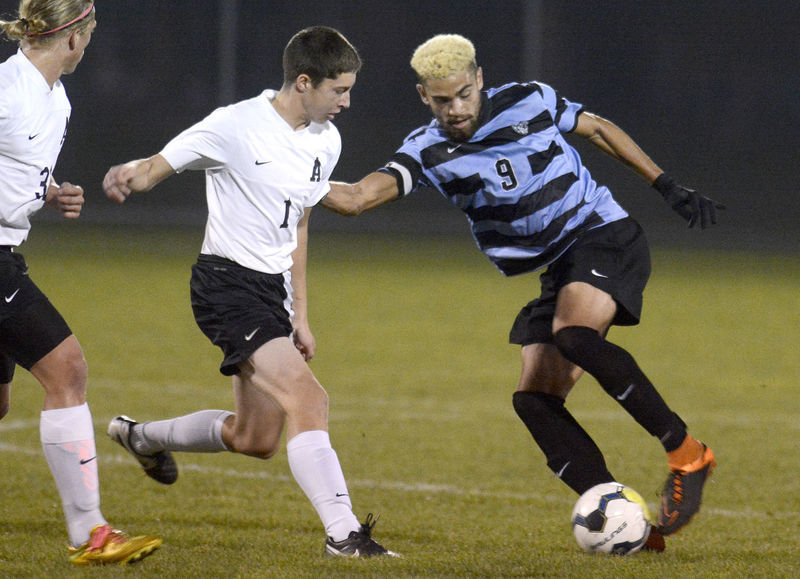 Midd-West’s Devaughn Johns makes an offensive move during a playoff game in 2015. 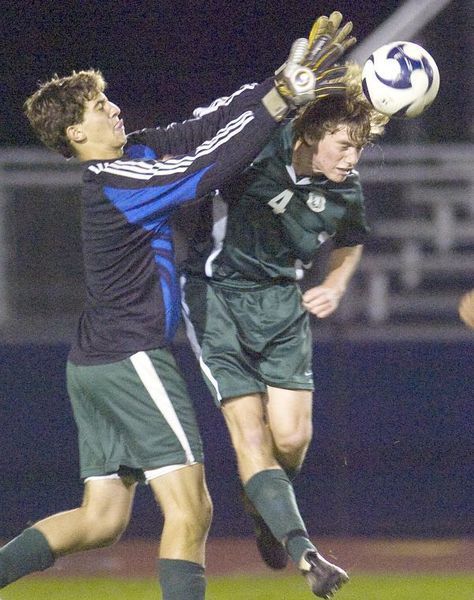 Lewisburg goalie Christian Gallagher, left, and teammate Charles Keeley both make a play for the ball during a 2011 game. 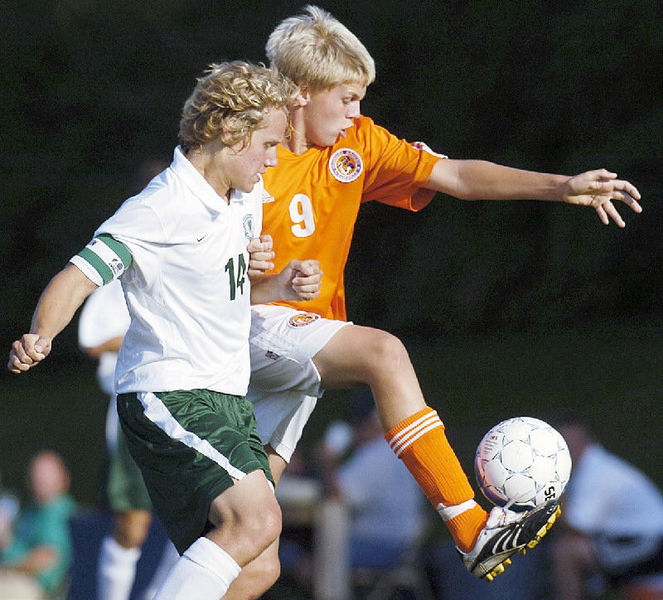 Danville’s Dylan Friday, right, fights for the ball during a game against Lewisburg in 2011. 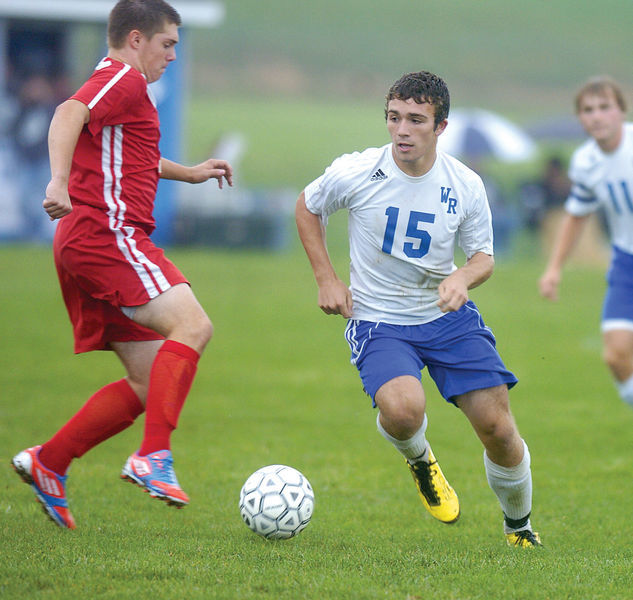 Warrior Run’s Elias George makes a move upfield in a game against Mount Carmel in 2013.

Midd-West’s Devaughn Johns makes an offensive move during a playoff game in 2015.

Lewisburg goalie Christian Gallagher, left, and teammate Charles Keeley both make a play for the ball during a 2011 game.

Danville’s Dylan Friday, right, fights for the ball during a game against Lewisburg in 2011.

Warrior Run’s Elias George makes a move upfield in a game against Mount Carmel in 2013.

Bhangdia is where one must start for an all-decade boys soccer team. The top scorer on Lewisburg’s back-to-back state title teams, he scored 48 goals and assisted on 16 in 2015. Bhangdia scored 25 goals as a senior after missing two weeks with an injury, and finished his career with 111 career goals for the Green Dragons. He is currently a standout at the University of Pennsylvania, and earned an all-Ivy League selection this season as junior for the Quakers.

The former Wildcat standout was selected to back-to-back all-Daily Item first teams. Novobilski had 25 goals and 11 assists as junior, followed by a 24 goals and seven assists as a senior. Novobilski helped Mifflinburg to its first Heartland Athletic Conference title and first district title as a junior in 2017. He just wrapped his freshman season at Lycoming College.

George was a three-time first-team selection, and earned back-to-back player of the year honors by the Daily Item in 2012 and 2013. He finished his career as the all-time leading scorer at Warrior Run with 102 career goals. George scored 34 goals in his senior season as the Defenders opened the season 18-0. He played collegiately at Susquehanna University.

Friday was a two-time all-Daily Item selection in the midfield for the Ironmen. Friday was a key member of a team in 2011 that won the Ironmen’s first district soccer title in eight years. He also kicked for the football team.

Sullivan was a two-time all-Daily Item selection as a first-teamer in 2011 and 2012. Sullivan’s best season came as senior when he had 15 goals and 16 assists for the Seals. He finished his career with 28 goals and 44 assists, and scored 43 points as the Selinsgrove football team’s kicker in 2012.

Cole was a member of back-to-back state championship teams with the Green Dragons, and scored 21 goals as senior. He finished with 20 career assists for Lewisburg. Cole just wrapped up his junior season at Messiah College.

Johns was so good as a defender that he earned Daily Item Player of the Year in 2014. He was a three-time member of the Daily Item first team. Johns scored a career-high 10 goals as a senior for the Mustangs. He completed his college career in 2019 at Geneva College, and was a first-team Pennsylvania Athletic Conference selection as a defender in 2019.

Fisher was a two-time all-Daily Item first-team selection. He was key to the defense for the Green Dragons’ back-to-back state champions in 2015 and 2016. In his senior season, Lewisburg’s defense allowed just eight goals.

Reinford was a two-time all Daily Item selection. He scored eight goals from the back as a junior, but had an even better senior season. Reinford helped the Tigers to their fourth straight District 4 Class A title, and scored 13 goals, including six in the district playoffs. He earned the 2012 Tri-Valley League Most Valuable Player award. Collegiately, Reinford won an NAIA national championship at Rio Grande in Ohio as a redshirt freshman.

Gallagher was a two-time Daily Item first-team selection, and was named the 2011 Daily Item Player of the Year. He had 14 shutouts his junior year, and wrapped his career with 51 shutouts, a state-record at the time.