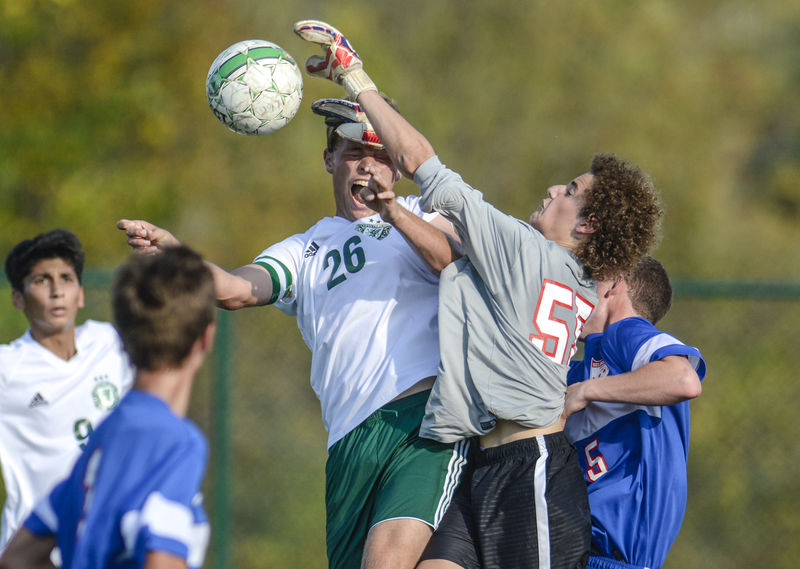 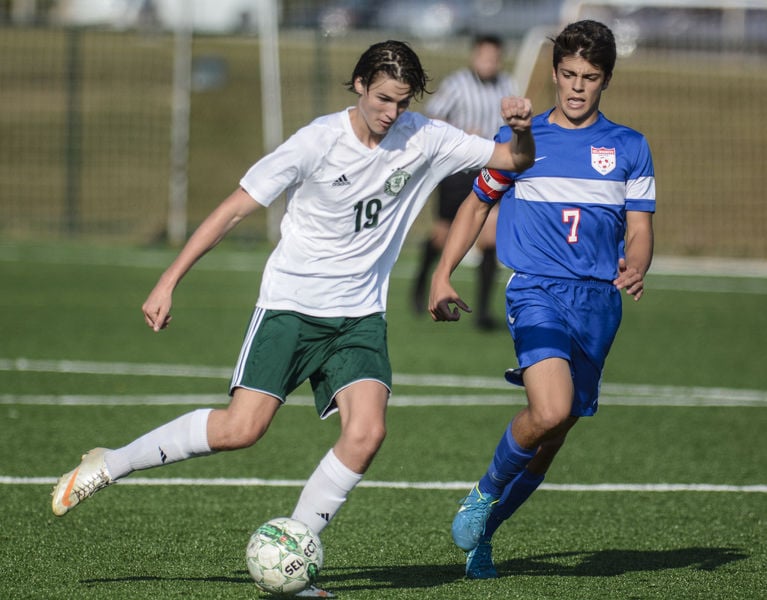 LEWISBURG — Those determined to fend off the sun Tuesday afternoon at steamy Lewisburg High School might have been somewhat surprised by the sudden change of events that turned a tight game into one sporting a serious tilt to it.

Then again, maybe not.

Taking another serious stride forward in their season-long development, Lewisburg displayed its spurtability late in the opening half, scoring three times in just over four minutes as the streaking Green Dragons parlayed their sizable eruption into a convincing 6-1 victory over Selinsgrove in Heartland Athletic Conference-Division I boys soccer.

While Anthony Bhangdia, Tommy Bhangdia and Nate Liscum accounted for Lewisburg’s first three goals — those three scores arrived in a span of 4:10 — Logan Moore, Austin Gerlinski and Josh Nicholls also connected as the Green Dragons (9-1-0, 6-0-0) won their sixth consecutive game and their second contest in as many days.

“I thought we did a good job today,” said Lewisburg co-head coach Skip Kratzer, whose Dragons subbed freely throughout the steamy 80-minute exercise.

Lewisburg also locked up yet another invite to the District 4 Class 2A playoffs — the Dragons have claimed the last three titles — and they sport a two-game advantage in the HAC-I standings at the midway point of the league season.

Kolton Elsayed converted a penalty kick midway through the second half, a score that enabled Chris Lupolt’s Seals (7-3-0, 4-2-0) to avoid the shutout.

Although Selinsgrove authored several early near-misses — Elsayed missed just wide and Noah Derr had a shot covered just outside the left post by Lewisburg keeper Sam Miller (one save) — the Seals spent large portions of the opening half trying to fend off the Dragons.

And, for nearly 29 minutes, they were successful — although the Seals backfield and goalkeeper Cole Catherman (four saves) were tested several times.

Once Anthony Bhangdia tapped in a Ben Liscum dish that scooted down the end line at the 28:58 mark, the Dragons were ready to pounce again and again. They did, too, as Tommy Bhangdia pocketed a penalty kick at 29:35 and Nate Liscum buried a drop ball from Anders Dollard at 33:08 to give the hosts a 3-0 lead just like that.

“The wheels fell off,” Lupolt said. “We put a lot of energy into keeping it close those first 25 minutes and when a goal like that happens it’s kind of demoralizing. Then they scored a PK in like (40) seconds after that, and that was really hard to overcome.

“We’re young. We’re resilient. Hopefully, we’ll get back to where we need to be for the second time we play them (on Oct. 18), but you’ve got to give Lewisburg credit. They’re a good team and we’re working to try to get close to where they are.”

Selinsgrove, which had won four consecutive HAC-I matches, never recovered. And any momentum coming out of the break was quickly erased when Gerlinski fielded a ball from Tommy Bhangdia and one-timed it high into the net at 42:42.

Lupolt’s Seals nearly cashed in several minutes later when Owen Magee waffled the crossbar from deep, but thoughts of that near-miss were erased 10 minutes later when Nicholls tapped in a neat Alan Daniel diagonal ball for goal No. 6.

“I didn’t know what to expect today,” Kratzer said. “I knew to expect Selinsgrove to be good. I knew they were young, but so are we. We’re replacing a lot of guys that were on the field. I was worried — we played a hot game (Monday) — that we might come off pretty sluggish. I am actually very pleased with how we came off the bench.”