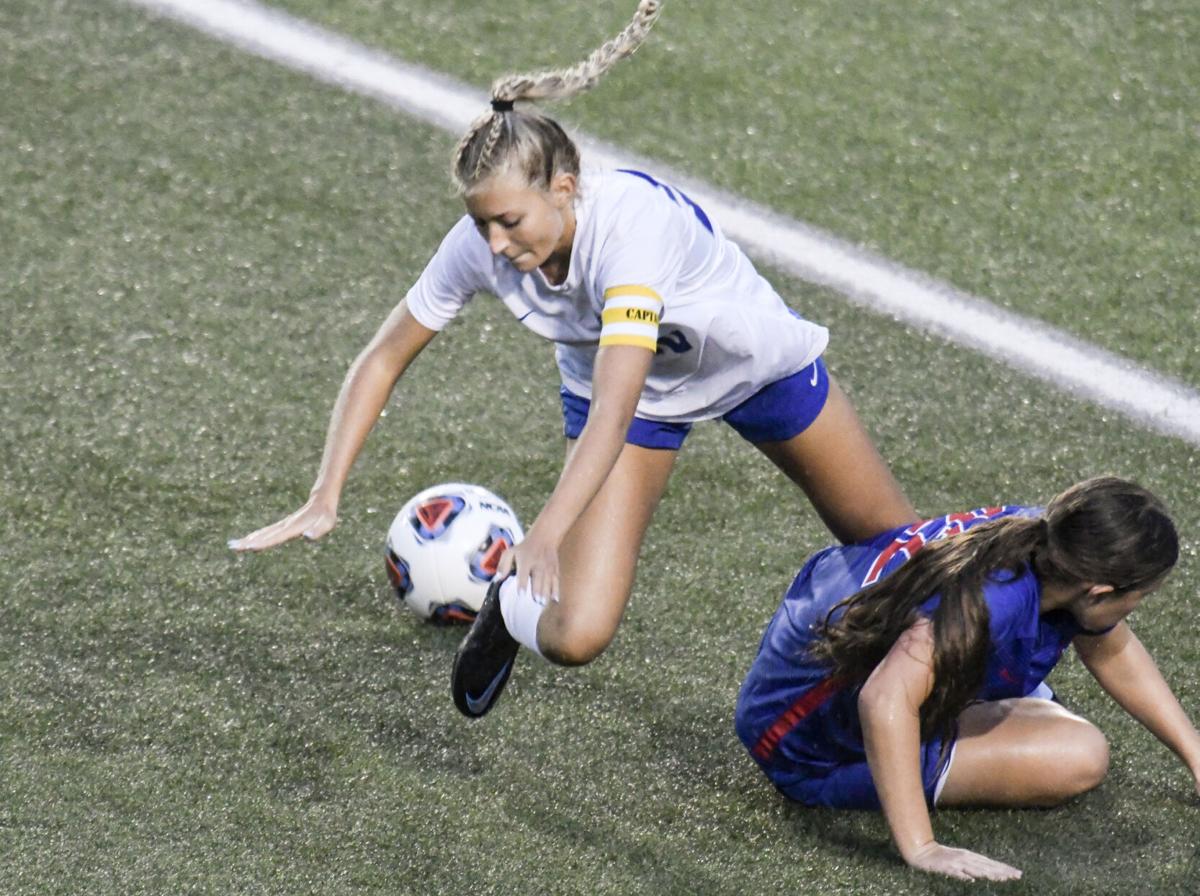 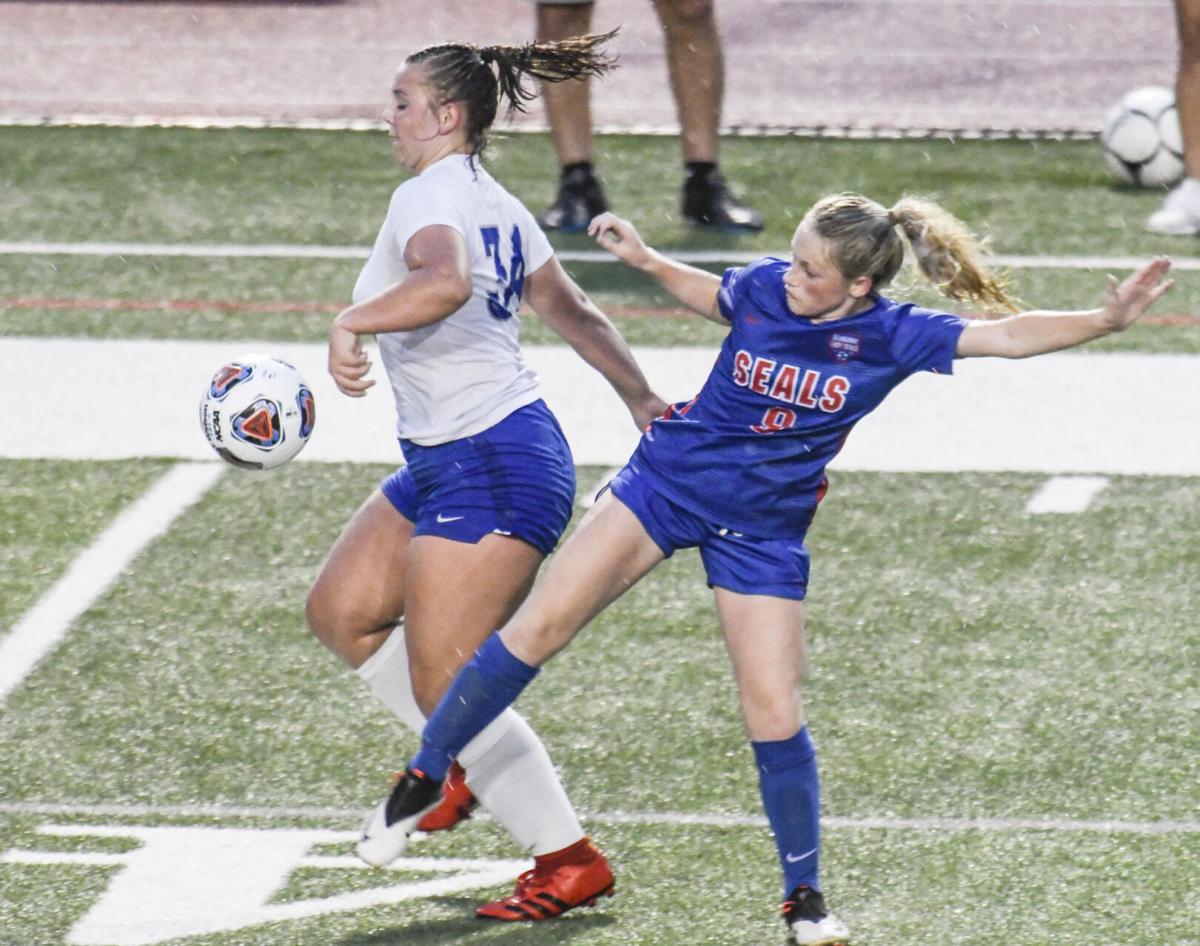 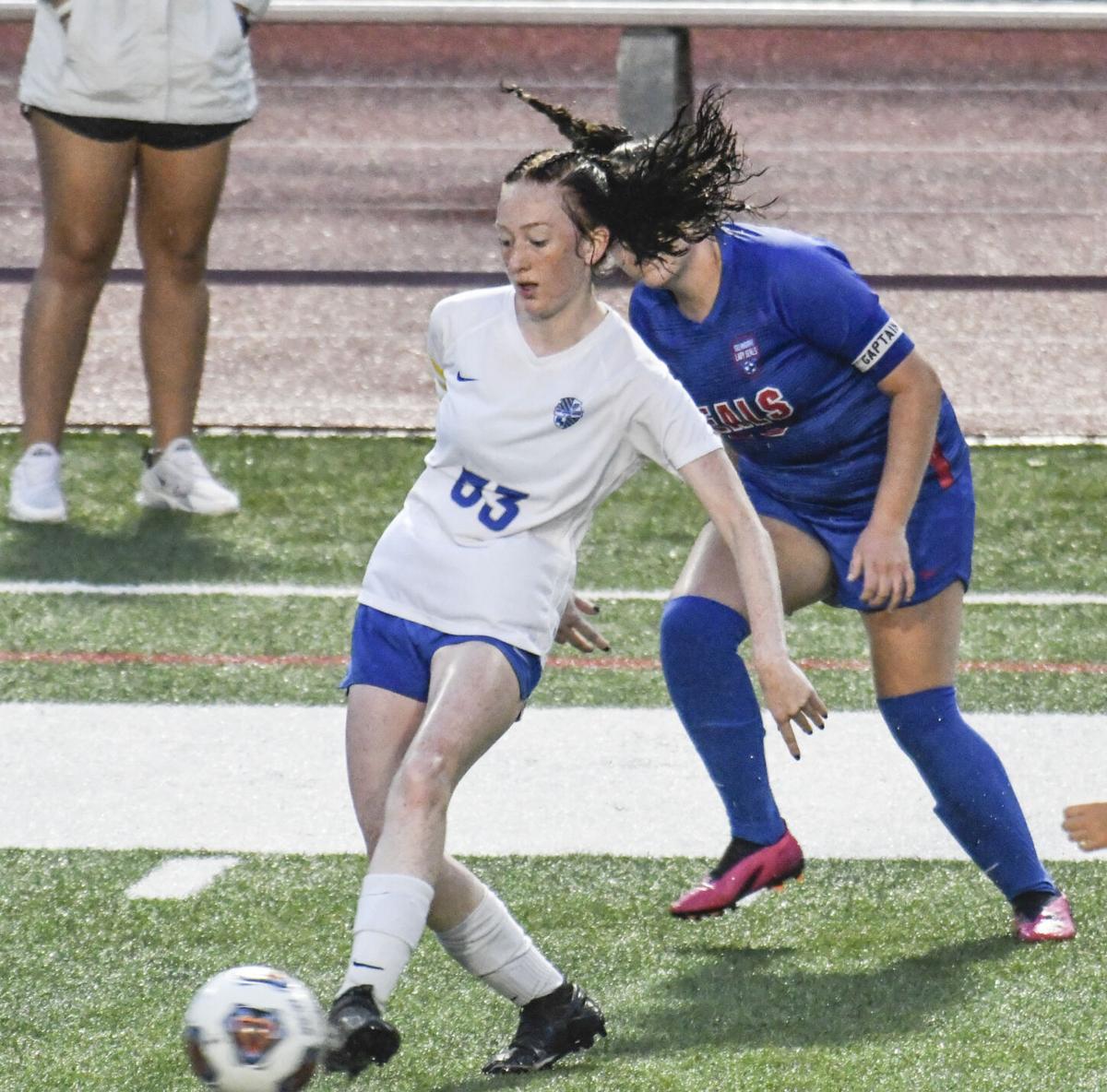 SELINSGROVE — There were a lot of emotions for the Warrior Run girls soccer team Wednesday.

Confidence, unease, jubilation were among the feelings the Defenders experienced in a 3-2 overtime victory over Selinsgrove in the Heartland Athletic Conference crossover match.

“Absolutely proud of the girls tonight,” Warrior Run coach Rob Ryder said. “They gave 110 percent the whole game. They were going after it.”

The Defenders led at halftime, but needed a goal with 40 seconds left in the game to tie it, setting up Raygan Lust's overtime heroics.

Less than eight minutes into the first overtime period, Lust put away the finishing goal on a Warrior Run corner kick. Though not every goal for the Defenders came directly off a set piece, all three goals had the set piece come into play to initially get the ball deep in Seals territory.

“We do practice set pieces a lot,” said Ryder. “To see them put them away tonight was awesome.”

Warrior Run (2-0) scored just more than five minutes into the game to take its initial lead. The Defenders earned a free kick on a handball from 50 yards away from the goal. A strong boot by Lust put the ball inside the 18-yard box, and after the ball bounced around, it round the foot of Amara Bieber. Bieber promptly deposited the ball in the top right corner of the goal to give the Defenders the lead.

Selinsgrove (1-2) tried to respond almost immediately. Tyeana Barge played a through ball that seemed as though it would be collected by either the Warrior Run defense or its goalkeeper, but a strong run by sophomore forward Abigail Parise got the ball at her feet with just the keeper to beat. Parise’s next touch was just a bit too strong, as Warrior Run keeper Addisyn Ohnmeiss collected the ball before Parise could get a shot off.

Speed was a story of the game for the Selinsgrove offensive attack. On multiple occasions, Parise and others made strong runs to the ball and found themselves in scoring position.

“We had opportunities,” said Selinsgrove coach Cheryl Underhill. “The difference was that they capitalized on theirs.”

The remainder of the opening half was played mainly in the midfield. Ten minutes into the second half, Lust ripped a shot off a free kick, but Selinsgrove keeper Kirsten Yoder made the save.

Selinsgrove aggressively assaulted the goal early in second half, and it finally paid off for the home team with 26:29 remaining in the game. Haylee Nava put together a strong run with the ball at her feet, but rather than crossing the ball in front of the goal, Nava opted for the conservative drop-off to fellow midfielder Ella Magee. Magee came forward and crushed a rocket of a shot from 30 yards out that found the back of the net to tie the game.

The Seals continued their offensive onslaught, and 1:46 remaining in the game, Parise used a nice cross to find a wide-open Amsa Courtney in the box. Courtney slotted a low shot into the bottom right corner of the net.

With time dwindling down, Warrior Run's Braeleigh Dunkle passed the ball ahead to Lust, who ripped a shot that was deflected away by Yoder for a Warrior Run corner kick. With 40 seconds left on the clock, the corner kick dropped in and found the foot of Madelyn Ross who lobbed a shot over the keeper’s head and into the net for a late game-tying goal.

“The girls did not stop when we got scored on. They hung in there and kept answering all game long," Ryder said. “I’m so proud of them for their effort. They deserve that win.”

That set up Lust's heroics in the extra period.

Underhill said doesn’t believe the tough loss will be a setback to her program.

“You have these games throughout the course of the season,” said Underhill. “They’re the toughest. They hurt the most and they sting, but we told our players to take this into training and take this into tough games. Think of this moment and hope to be on the better side next time.”