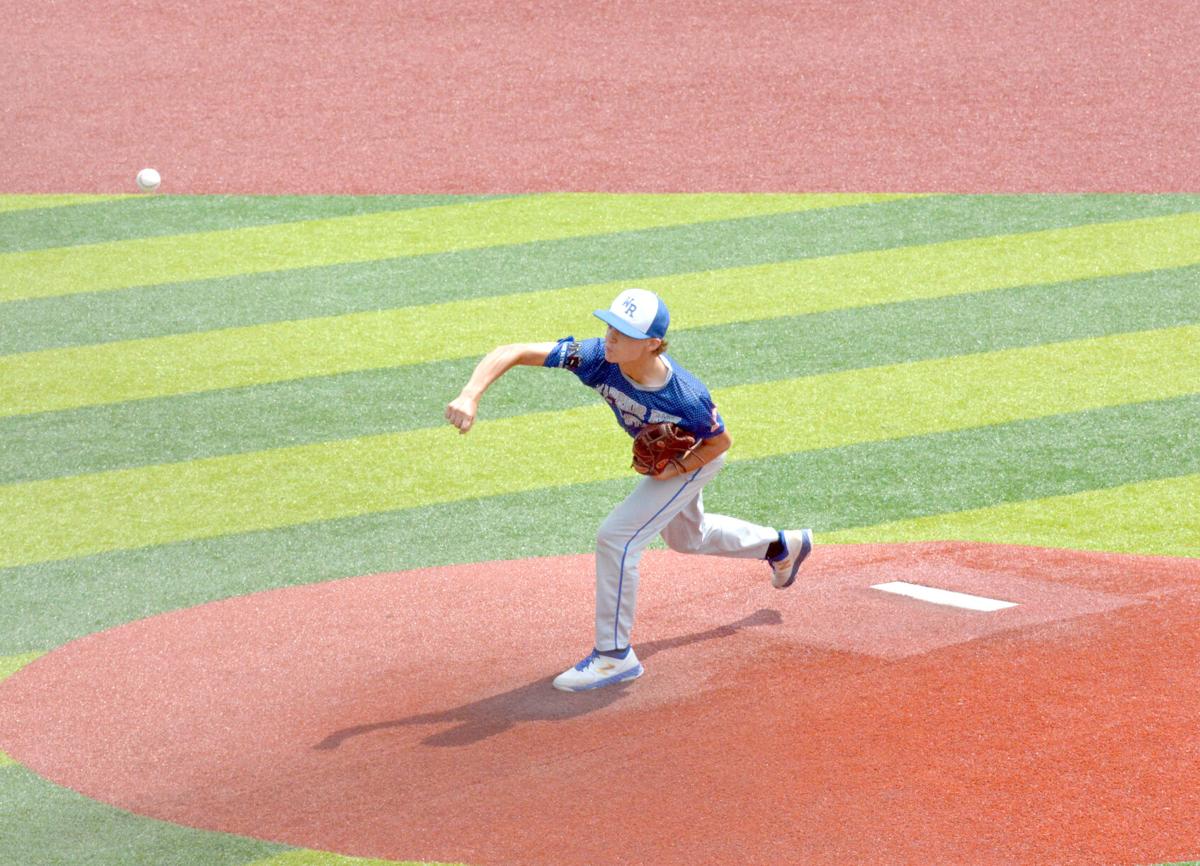 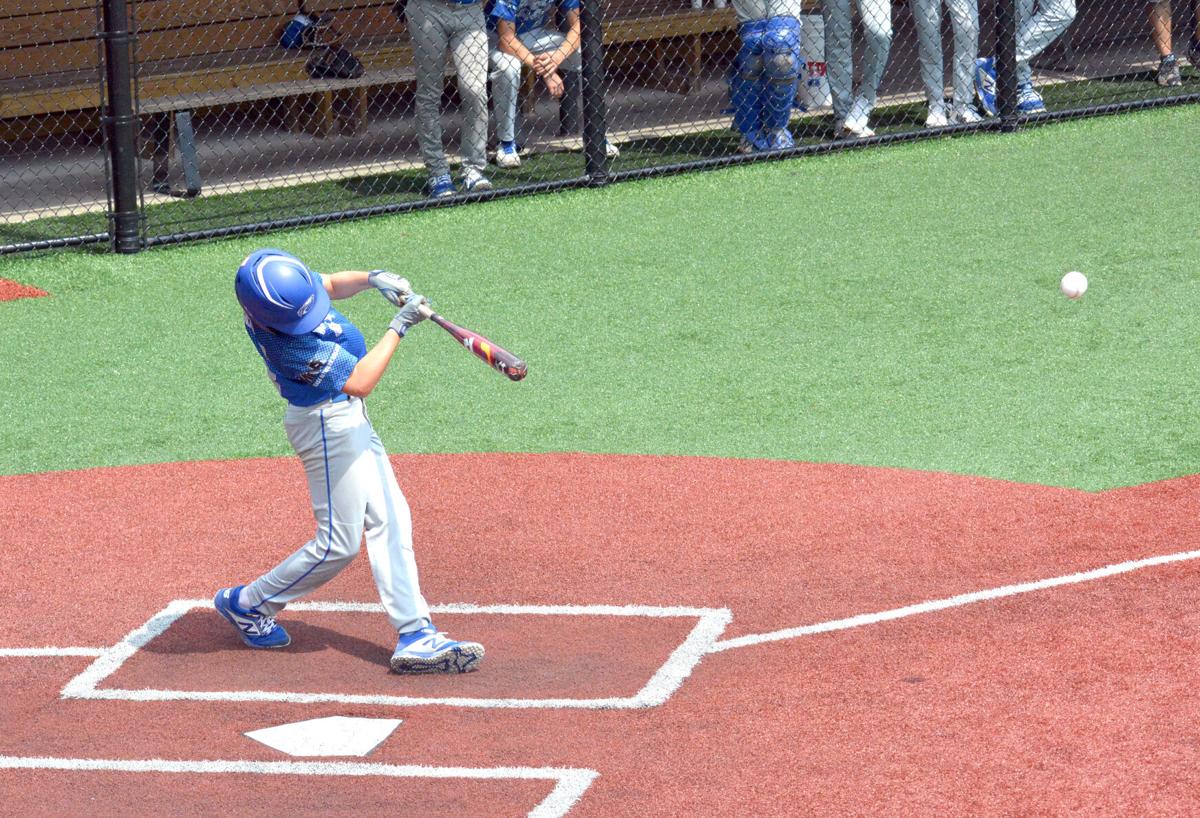 DuBOIS — The Warrior Run Junior Division Little League baseball team held an early lead over Downingtown West in the opening round of the state tournament Wednesday.

However, it was all Downingtown West after the second inning as the Section 7 champions defeated Warrior Run 16-4 in six innings.

Warrior Run led 2-0 after the first two innings, but Downingtown outhit Warrior Run 18-8 on the day, and scored multiple runs each innings from the third inning on en route to sending Warrior Run to the consolation bracket.

“We got the early momentum, and they answered right away,” Warrior Run manager Derrick Zechman said. “Credit to them — they were hitting the ball all over. We gave them some outs that we should’ve had. It was just like a domino effect.”

Downingtown West put two runners on in the top of the first before Warrior Run got out of a jam. Warrior Run pitcher Gabe Engel also pitched a scoreless second inning heading as Warrior Run then got its 2-0 lead in the bottom of the second.

James Keifer hit a one-out single up the middle off of Downingtown West pitcher Austen Frye. After Cohen Zechman drew a walk and Frye was replaced with Zach Lathrop, Cooper Wilkins singled to load the bases. That’s when Engel hit a two-RBI bloop single over the second baseman and short of the center and right fielders to made it 2-0.

The top of the third saw Landon Polcyn take to the mound due to Engel’s pitch count.

“Our pitcher did a good job out of the gate, and then we made the change and they go up right after we make the change,” Zechman said. “It’s tough when you’re playing every day with pitching. You can run out of pitching real quick and I found that one out early.”

Downingtown West then scored three runs in the top of the third to go up 3-2 and another four in the fourth to make it 7-2.

“I’ve got a great group of kids,” Downingtown West manager Jason Guy said. “They’re coachable — do whatever is needed. They bunt when they need to bunt, and do the small things that let the next guy be the one who brings them in. ... We’re going to be aggressive every chance we get.”

Three more runs in the top of the fifth made it 10-2 before Warrior Run answered. Engel led off the bottom of the fifth with a single, followed by singles from Griff Harrington and Polcyn to load the bases. Brayden Gower hit a sharp grounder to the shortstop, and the throw was wide, allowing two runners to score as Warrior Run cut the deficit to 10-4.

One play later, the momentum swung once again as a line drive by Tyler Ulrich was caught by Brady Dowds — who then doubled up Gower at first.

“I thought we were inching closer,” Zechman said. “Then having baserunning mistakes ... I thought we would be cutting (the deficit) in half, and then they get a double play.”

In the top of the sixth, Downingtown West opened things up — scoring six runs on five hits to make it 16-4, putting the mercy rule firmly in play. Warrior Run was unable to get anything going in the bottom of the sixth as the game ended one inning early with a 16-4 final.

A total of 11 of the 13 Downingtown West players had hits, led by Tyler Guy going 4-for-5 with two RBIs. Frye had two hits and four RBIs.

“It’s tough to say I’m disappointed with anything,” Guy said. “I have four bench guys. They all came in and contributed, and all hit the ball. They knew today their role was to get an at-bat and do whatever they could to help the team.”

Warrior Run’s offense was led by Engel, going 2-for-4 with two RBIs.

“We had some quality at-bats and kids working the count,” Zechman said. “But ... outs are key and defense is key. When you’re in the state tournament, you can’t be giving teams four or five outs, and they’ll make you pay for it. Credit to Downingtown, they made us pay for it.”

Warrior Run will now play Friday at 1 p.m. against a yet-to-be-determined team in an elimination game.

“I’m hoping we rebound,” Zechman said. “First class facility here — everyone’s been so nice and greeting us from the time we got here.”

Downingtown will play Southern Lehigh today at 5 p.m. in a winners’ bracket semifinal.

“We got our pitching,” Guy said. “We know we can hit, and we’re just going to have fun.”