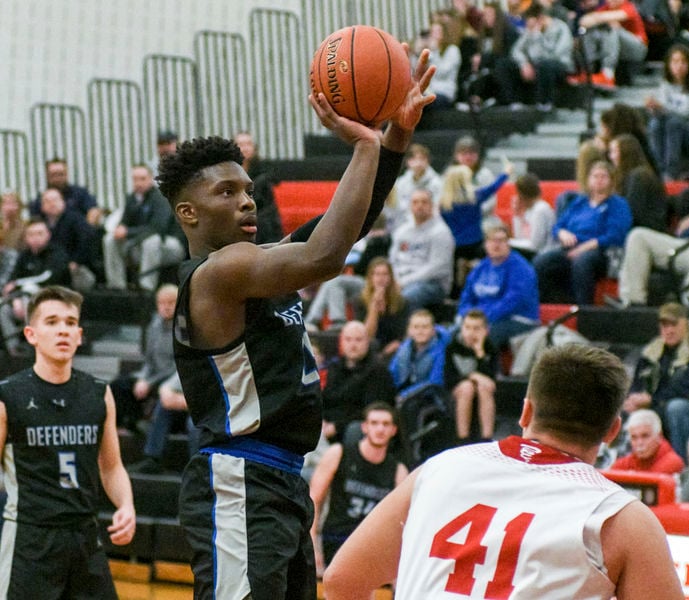 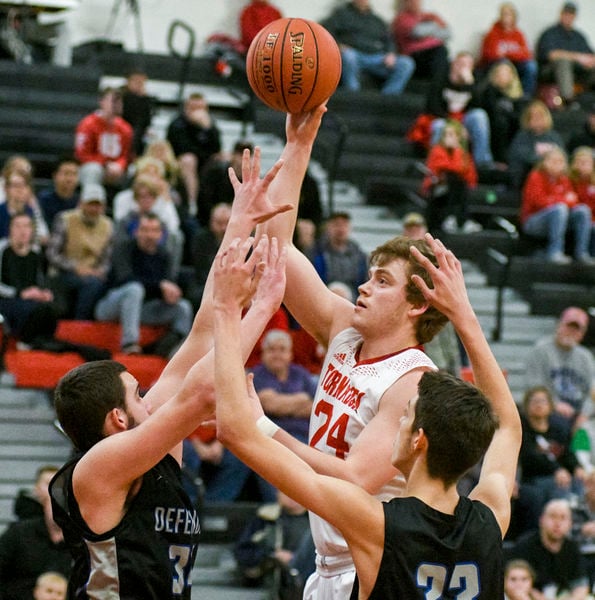 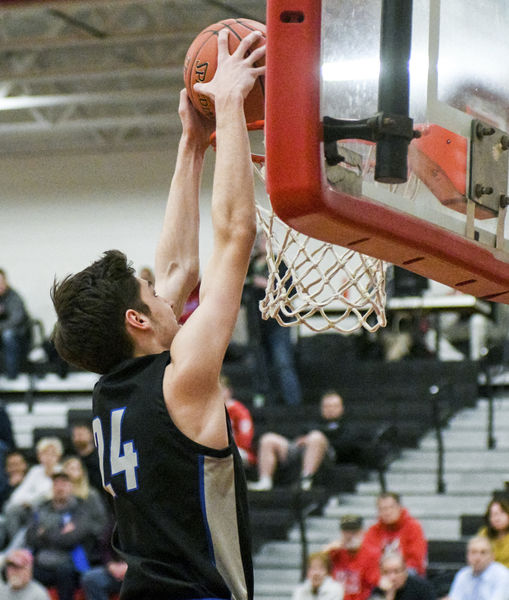 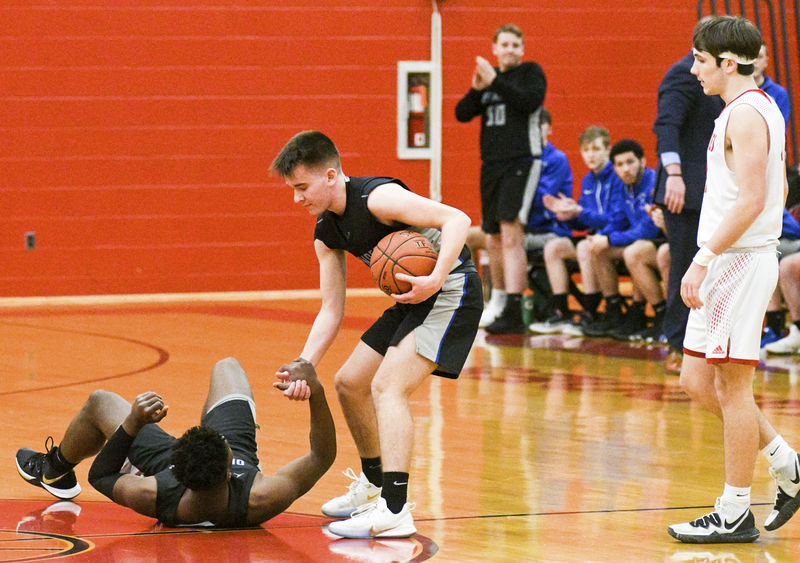 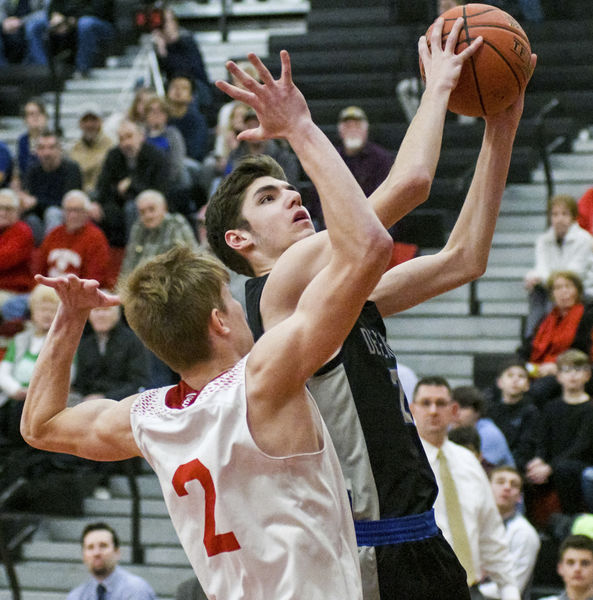 MOUNT CARMEL — There was one team in particular that Mount Carmel coach John Lazicki didn’t want to face in the District 4 3A quarterfinals — the Warrior Run Defenders.

The No. 6-seeded Defenders scored at will early against the Red Tornadoes, jumping to a 15-point first half lead, and withstood a second half Mount Carmel run in a 65-54 District 4 3A quarterfinal triumph Thursday at Mount Carmel Area High School.

“This is the best group of kids you could possibly find,” said Warrior Run coach Eric Wertman. “We watched probably 15 films to prepare for this game, had a game plan going in and the kids executed it.”

“The preparation we did (sank in) on the first play they (Mount Carmel) ran,” said Defender senior Denver Beachel. “We were calling out the plays they were running, and when you know what’s coming, that definitely helps.”

After winning the school’s first-ever football playoff game in the fall, Warrior Run (14-9) now picked up its first district boys basketball victory since 2004 — a 51-45 victory over Central Columbia in the Class 2A consolation game.

Ironically enough, the Defenders will face the Blue Jays, a 74-65 winner over Wellsboro in next week’s semifinals. Mount Carmel, which lost for the second time in three seasons as the higher seed on its homecourt, wraps up the season at 17-7.

A game which featured seven lead changes out of the gate offered no indication of the offensive explosion to come.

The Red Tornadoes held their last lead of the game, 9-8, halfway through the first quarter. The Defenders then used a 13-2 run to pull ahead, 21-11, keyed by balanced scoring as six different Warrior Run players scored in the spurt.

“Everything just felt in sync tonight,” Beachel said. “Then when they switched to man-to-man, we had a big height advantage inside and kept pounding it.”

For all Warrior Run did to build a 32-17 second quarter lead, Mount Carmel did get back into the game.

The Red Tornadoes closed the half scoring nine of the final 13 points to pull within 10 (36-26), then ripped off an 11-2 run capped with a Tommy Reisinger three-point play attempt with 5:38 left in the third.

The brought Mount Carmel within 38-37, but the tying free throw didn’t find fall and Beachel, who had five 3-pointers, knocked down a trey to push the lead back to four.

“Warrior Run executed very well,” Lazicki said. “They made the shots and we didn’t.”

The Defenders took control from there, getting a combined 10 points from Hartman and Keyes to preserve the lead.

“At the end of the regular season, we knew we had something special with this group,” said Hartman, who scored 16 points. “We had so much talent and so many hardworking guys that we just wanted to make the most of it while we have it.”

After Mount Carmel hit a 3-pointer to pull within four (51-47) early in the fourth, Beachel responded with a trey of his own for a 54-47 lead. From there, Warrior Run kept the Tornadoes at bay as the Defenders sank 11 of their 15 free throws to close out the victory and berth in the semifinals.

“This senior class we had was fantastic all year,” Lazicki said. “They’re one of the winningest groups in school history, and I wanted more for them (this year).”