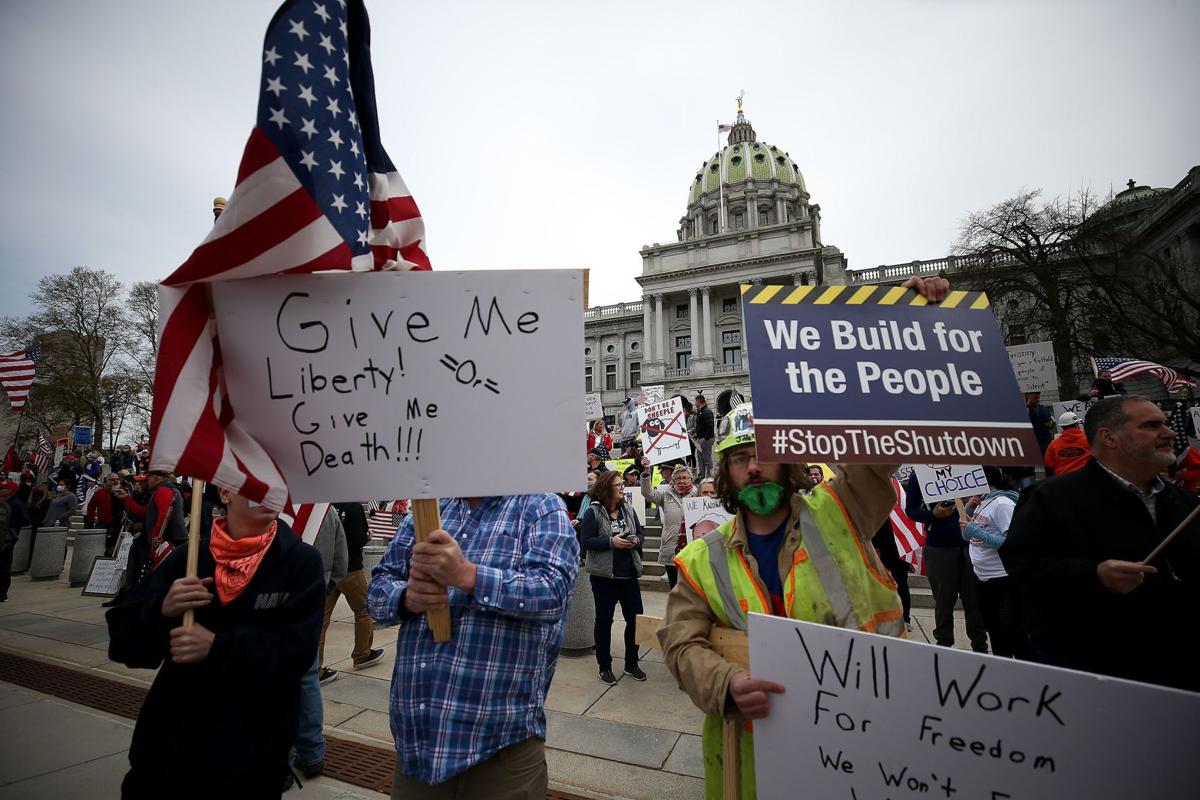 Protesters gather outside the Capitol Complex. They are calling for Gov. Tom Wolf to reopen up the state's economy during the coronavirus outbreak. 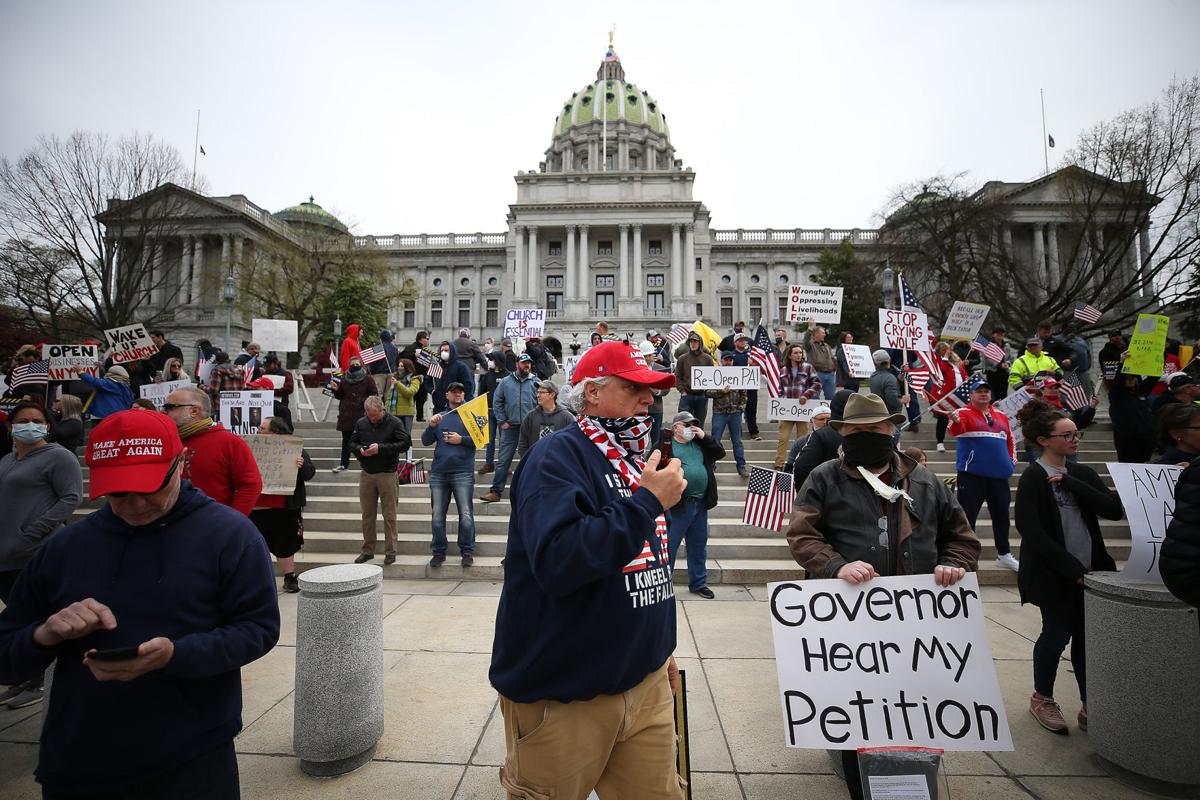 Protesters gather outside the Capital Complex in Harrisburg, PA on April 20, 2020. They are calling for Gov. Wolf to reopen up the state's economy during the coronavirus outbreak.

Spotlight PA is an independent, nonpartisan newsroom powered by The Philadelphia Inquirer in partnership with the Pittsburgh Post-Gazette and PennLive/Patriot-News. Sign up for our free weekly newsletter.

HARRISBURG — Hundreds of people, both in cars and on foot, gathered outside the state Capitol in Harrisburg on Monday for a rally to “reopen” Pennsylvania.

Pennsylvania residents are currently under a stay-at-home order, which public health experts consider essential to slow the spread of the coronavirus and keep infections at a manageable level for hospitals.

There are more than 33,000 confirmed cases of COVID-19 in the state, according to the Department of Health, as well as 1,204 confirmed deaths.

The Department of General Services closed the Capitol complex on March 13, just a few days before Gov. Tom Wolf ordered nonessential businesses to shut down physical operations. A spokesperson said it was aware that an “unauthorized” rally was planned.

Jodie Zeiders of Reading said she attended Monday’s rally because of her friends who are small business owners. She said she wants them to be able to reopen safely, while practicing social distancing and offering workers’ protections.

Monday’s demonstration was planned in part by Chris Dorr, an Ohio-based far-right activist who organized similar protests with his brothers in other states. Dorr also spearheaded Pennsylvania Firearms Association, a registered 501(c) 4, which claims there is a “war against the Second Amendment.”

Annamarie Scannapieco, who helped organize a “back-to-work” rally that was moved to Monday, is an ER nurse and a Republican running for a state House seat in Montgomery County. She said on Facebook she would no longer attend in person because she didn’t “want to risk the health of potential patients should I happen to come in contact with a COVID-19 infected person.”

“With that said, I still 100% support the cause, as well as the people’s right to assemble peaceful to rally or protest,” she wrote in a post, which later appeared to be deleted.

Several Republican lawmakers were in attendance, including state Sen. Doug Mastriano (R., Franklin) who live-streamed protesters before the rally officially began. “We need to open up now,” he told those assembled.

Speaking on the steps of the Capitol, state Rep. Aaron Bernstine (R., Lawrence) led chants and asked protesters to tell Wolf to sign a bill aimed at reopening some businesses closed amid the government-ordered shutdowns. Wolf has said he will veto the legislation, which Health Secretary Rachel Levine said would put “more lives at risk.”

“These leaders must not focus on just the lives at risk from the horrible virus,” he said. "Many lives like yours are in danger from a shuttered business, the hunger and homelessness.

Wolf in March began putting counties hit hardest by the coronavirus under a stay-at-home order, eventually expanding it statewide April 1. The order calls on people to leave their homes only for essential items, such as food or medicine.

There is widespread support for expanding a stay-at-home order, which many states have already instituted, nationwide. A recent Quinnipiac University poll found that 81% of voters would back such an effort.

“Let’s continue to make this good progress and keep people safe, and when the time is right, we will reopen and liberate every single Pennsylvanian,” Wolf said.

The governor is expected to provide details this week on his plan for reopening the state. Pennsylvania’s stay-at-home order expires April 30. Wolf, who will address the public Monday at 12:30 p.m., has not said if he will extend it.

100% ESSENTIAL: Spotlight PA provides its journalism at no cost to newsrooms across the state as a public good to keep our communities informed and thriving. If you value this service, please give a gift today at spotlightpa.org/donate.