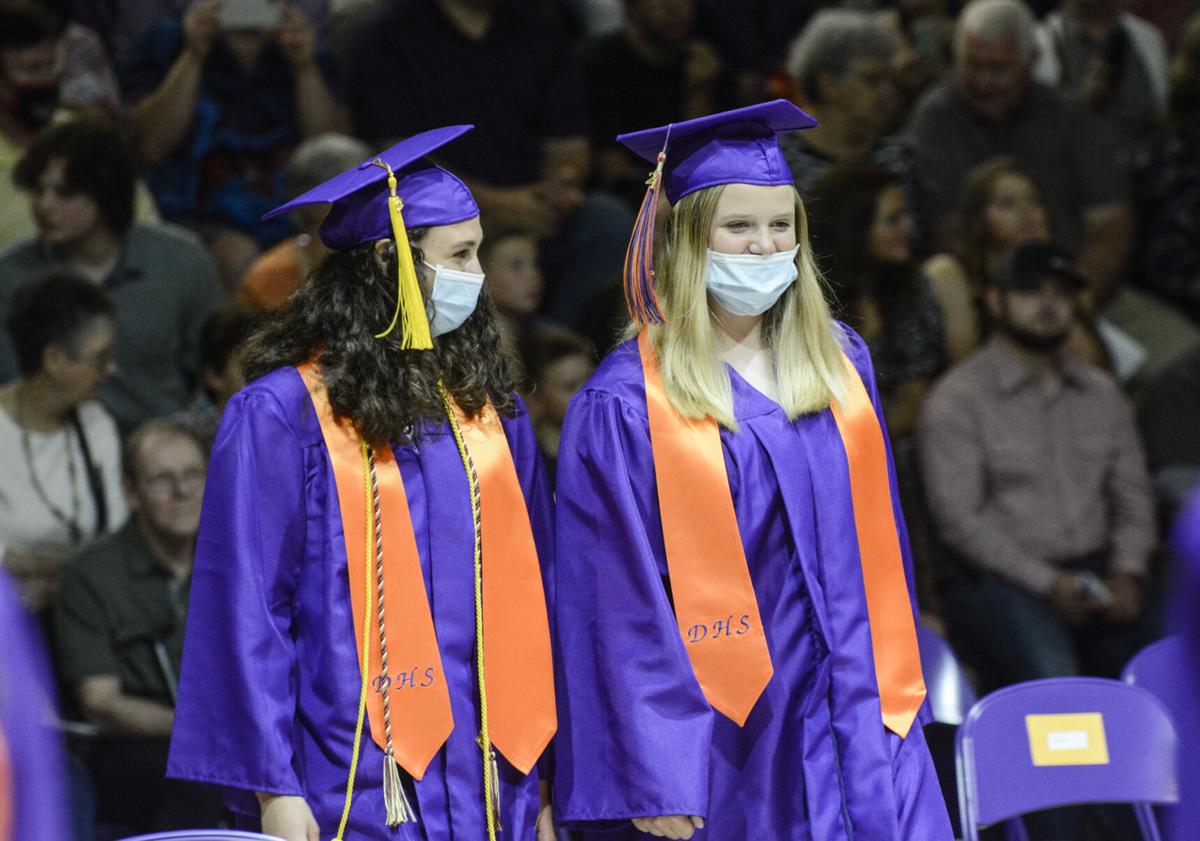 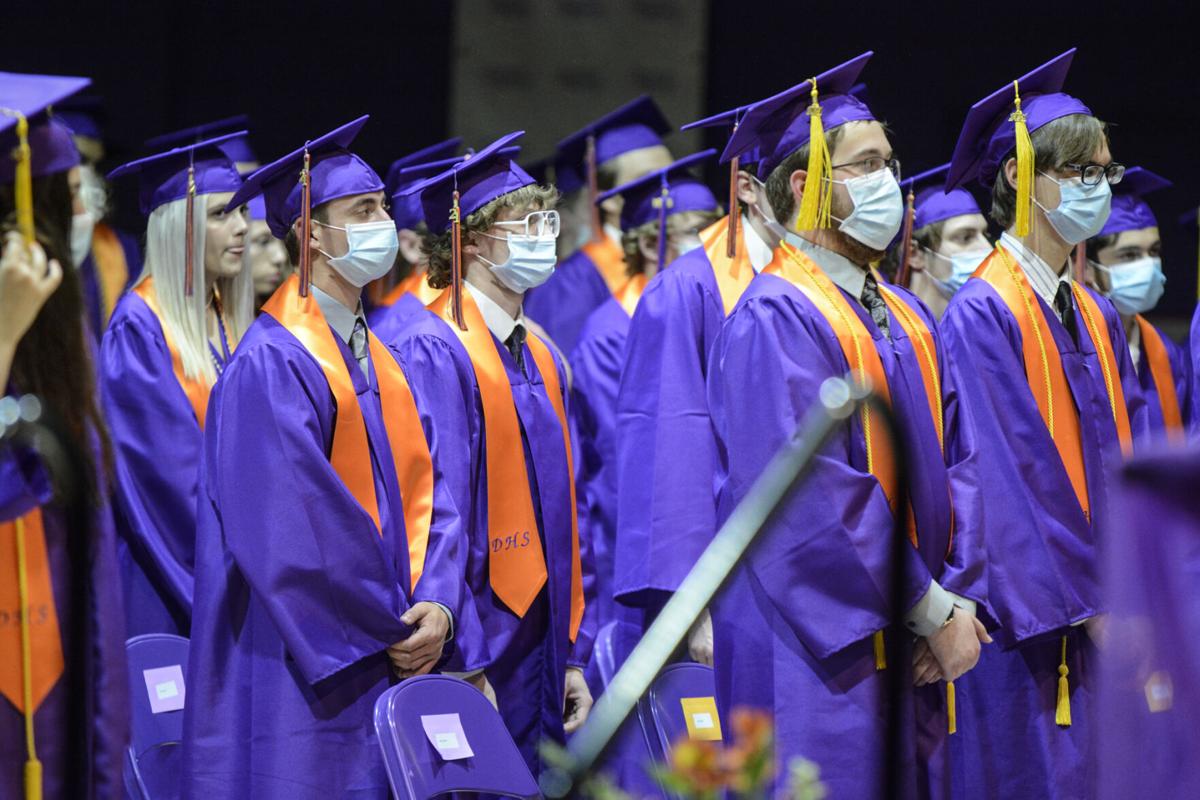 Danville Area High School seniors stand at the start of their graduation ceremony on Friday. 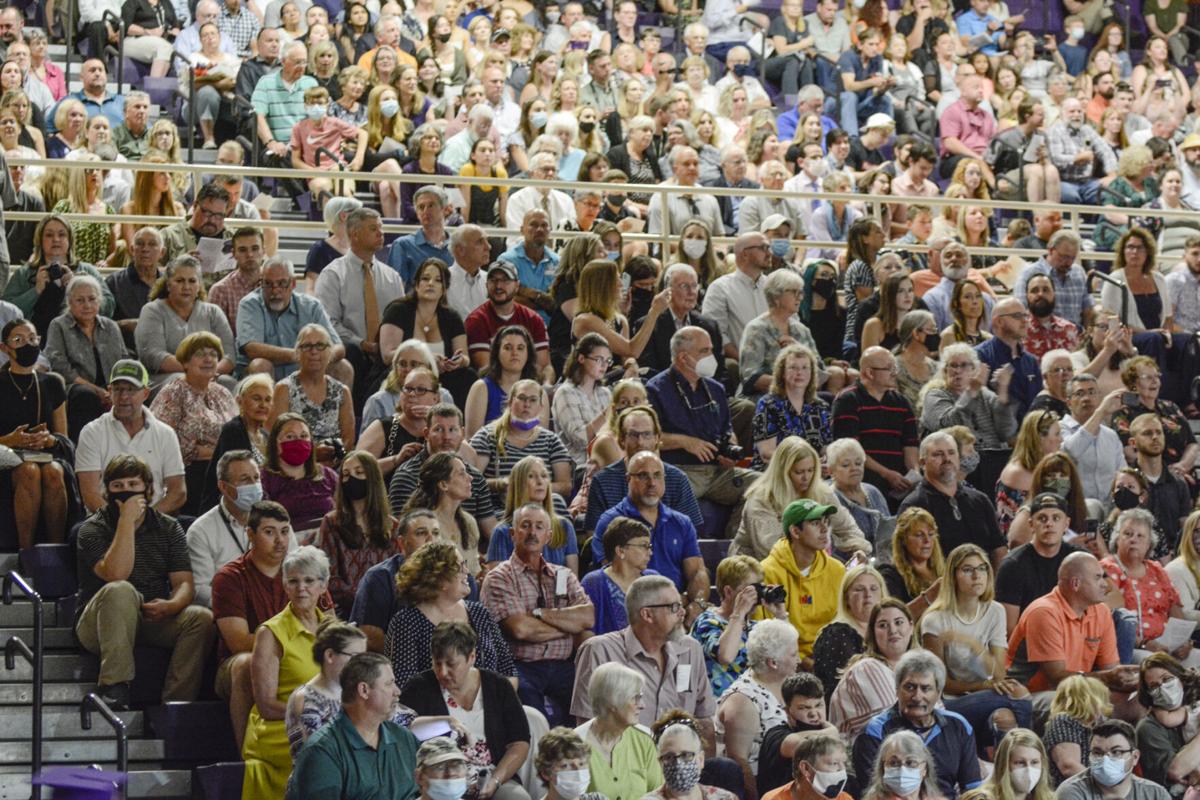 Robert Inglis/The Daily Item Friends and family packed into the gym at Danville High School on Friday for their graduation ceremony. 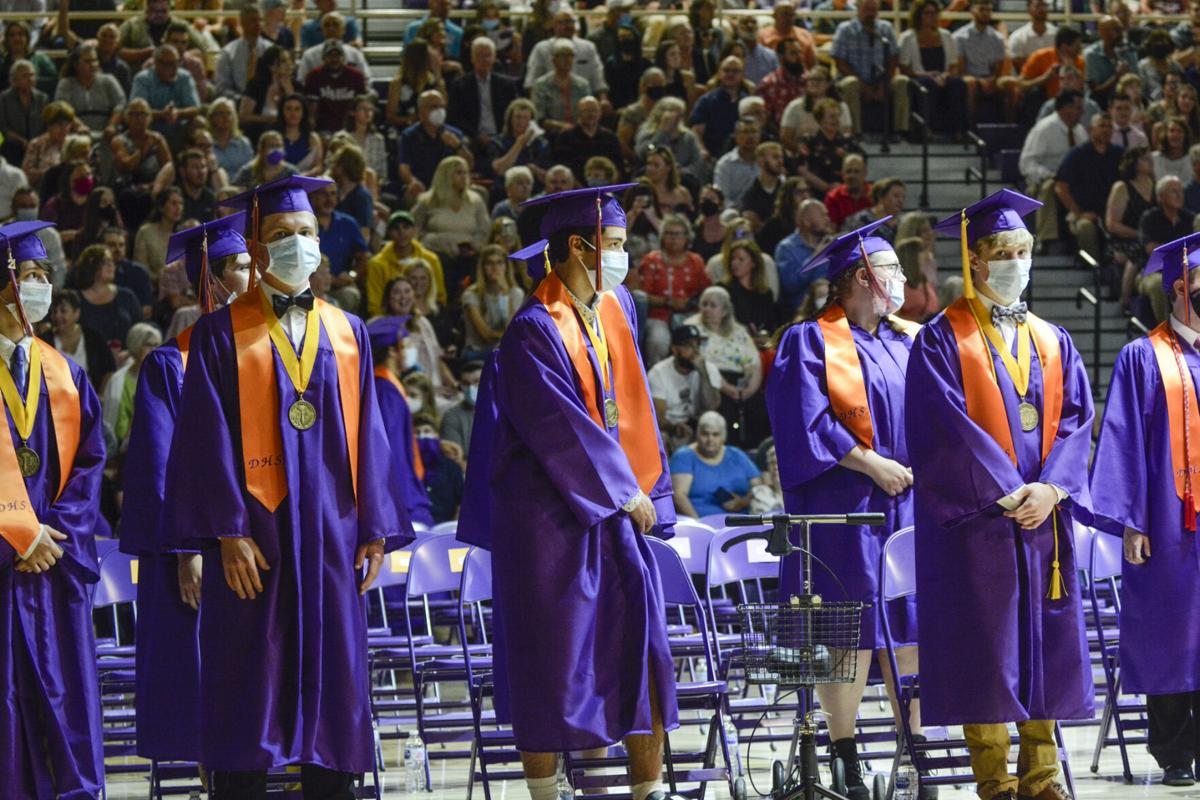 Danville Area High School seniors stand at the start of their graduation ceremony on Friday.

Robert Inglis/The Daily Item Friends and family packed into the gym at Danville High School on Friday for their graduation ceremony.

DANVILLE — Change and being true to oneself were recurring themes at the Danville Area High School commencement ceremony on Friday night.

“You rose to this challenge by social distancing, washing your hands very often and wearing masks,” school district Superintendent Ricki Boyle told the still standing seniors who had just processed in to the school’s gym.

She said everyone wears invisible masks, citing as examples the characters Shrek, an ogre who lived in a swamp, and Princess Fiona from the animated film “Shrek” who worried what others would think of them.

“Stop worrying about what other people think,” Boyle said, then told the seniors, “Take a seat, and I will tell you right now, take off those masks,” which the seniors did as the capacity crowd of the seniors’ family members and friends applauded.

Joy Zhang, the class Valedictorian, said the class had experienced so much in the past four years, but nothing like navigating this school year with all of its uncertainty about whether students would be sent home or if athletic events would be held due to COVID.

“Suddenly, we were 6 feet away from our classmates, see our friends every other day,” Zhang said. “It’s not how we imagined our last year of school.”

She said she and her classmates would face new challenges as they continued on in life.

Salutatorian Zoe Zola said the class members learned a very simple message — to lean on each other.

“Time to get out of the swamp,” said Zola, who touched on the Shrek theme, as did other speakers.

Rukraj Agrawal, one of the 181 Danville seniors who received diplomas on Friday evening, said just before the ceremony, “We think in life that things are always as prescribed. But as we learned with COVID, that is not always so.”

He suggested people cherish the days they have, because one can only control today.

“It feels weird,” said Lindsey Cashner. “Last year feels like it was a long summer (after three months of online classes).

This year, it went by fast, Cashner said.

“Even with COVID, we still made it,” added Abby Irvine.

Guest speaker Mackenzie Wertman — a 2015 Danville Area graduate who is an author, screenwriter and owner of Pennsylvania Dinosaurs LLC, which features animatronic dinosaur costumes and puppets she designed — said life is much more than professional success.

“You have to be open to change in your life,” said Wertman, who told the seniors she did not yet know what she wanted to do with her life when she was in their place six years ago. “I did not plan to be a writer and a business owner. I planned to be a veterinarian.”

But after suffering a spinal injury, “I read and watched everything I could, so I turned to writing.”

Wertman said while the pandemic has changed so much in life, opportunities are returning. She added that with online capabilities, the graduates wouldn’t always have to go somewhere else to achieve their own success.

She added, “Don’t compare yourself to anyone around you.”