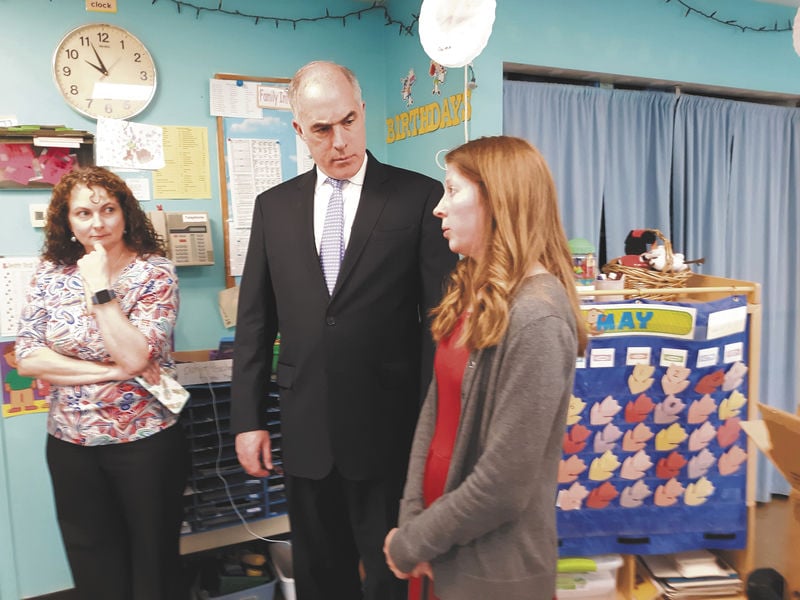 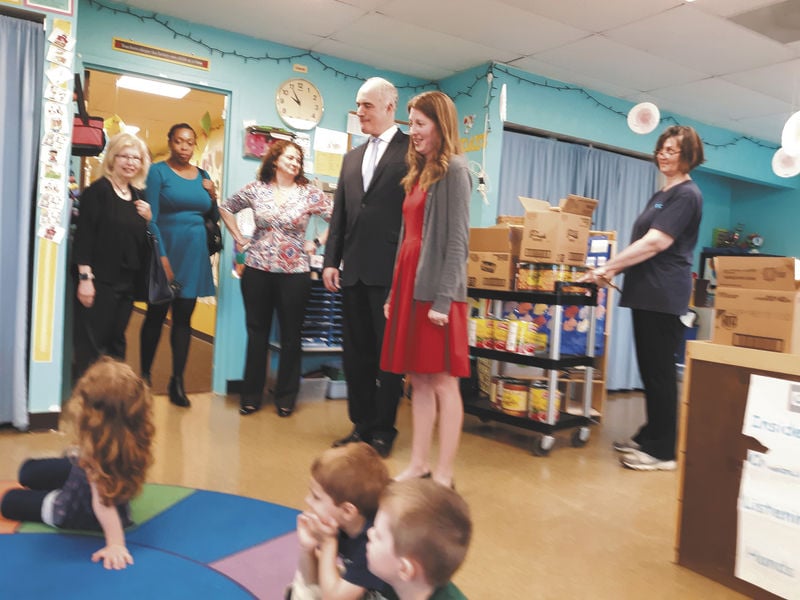 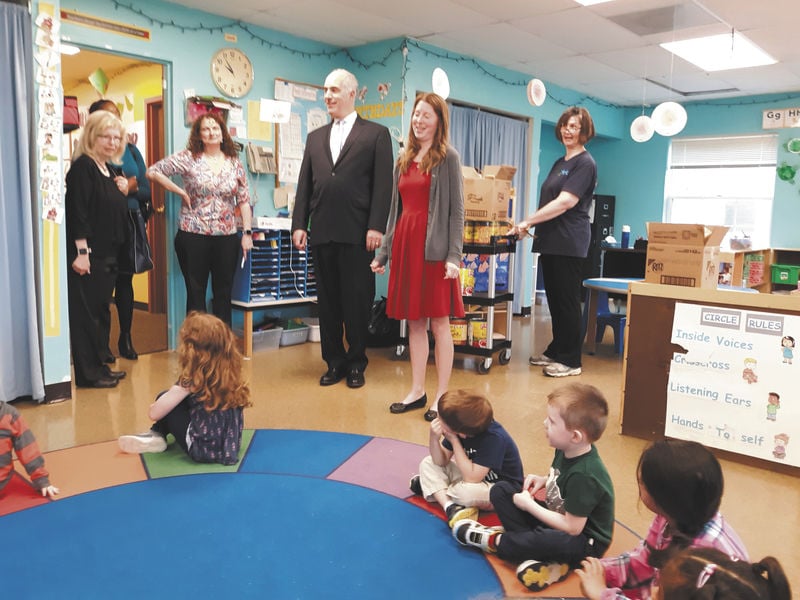 DANVILLE — U.S. Sen. Bob Casey visited the Danville Child Development Center for the first time Monday to gain insight into the cost of providing high-quality child care and to discuss two bills he co-sponsors to decrease the cost of child care.

The average cost for full-time center-based daycare in Pennsylvania is $11,560 per year for an infant and $8,712 for a 4-year-old, he said, citing Child Care Aware.

Casey said the country has done little nationally to help parents bring child care costs down to 7 percent or less for families with less than 150 percent of their state's median income.

"As a nation, we haven't made the kind of priority for people who do the work. We have to treat them like the professionals we claim they should be," Casey said.

"We don't want to charge our families anymore. We have to pay our staff," Verbeck said.

Casey said the last tax bill that was passed allowed single mothers, who make minimum wage, to gain $75 for a child tax credit.

The working families bill would ensure no family would pay more than 7 percent of its household income for child care if they earn less than 150 percent of their state's median income; support universal access to high-quality preschool programs for 3- and 4-year-olds; improve compensation by ensuring all child care workers are paid a living wage and early childhood educators have parity with elementary school teachers with similar credentials and experience; build more inclusive, high-quality child care providers for children with disabilities; and help Head Start programs meet new expanded duration requirements.

Cutting the corporate tax rate by fewer than 1 point would pay for this, he said.

"We will keep pressing this during the presidential campaign," Casey said.