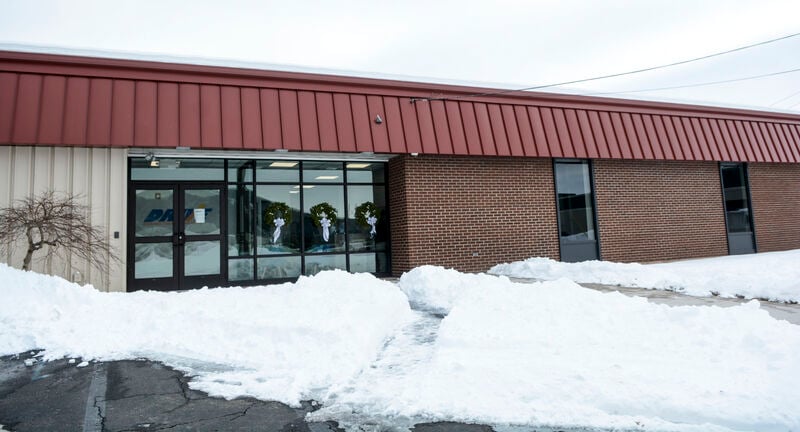 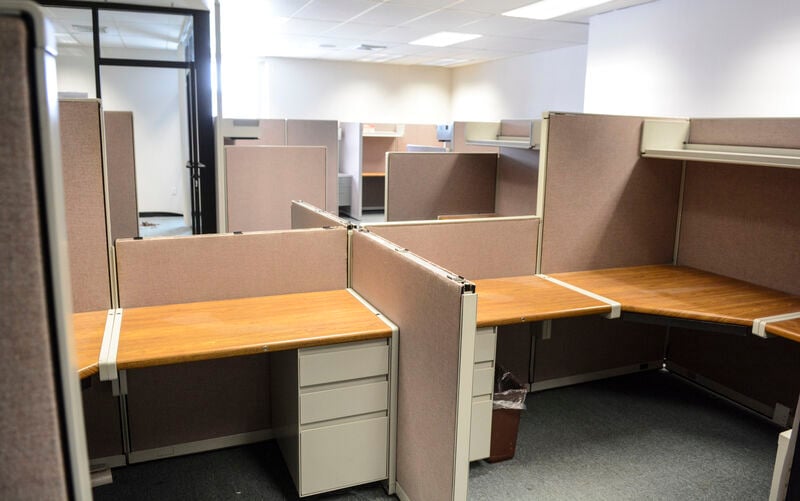 Robert Inglis/The Daily Item A section of the DRIVE building in Danville that will be converted into office space for them due to their recent growth. 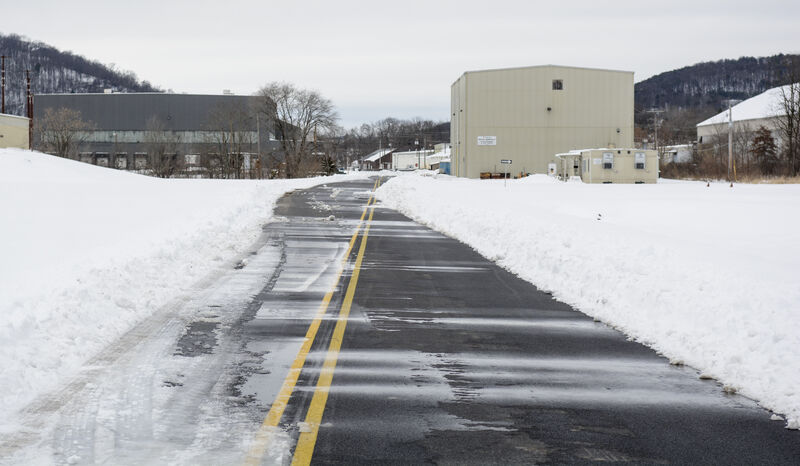 Robert Inglis/The Daily Item A new roadway through the DRIVE property in Danville that will allow easier access for vehicles. 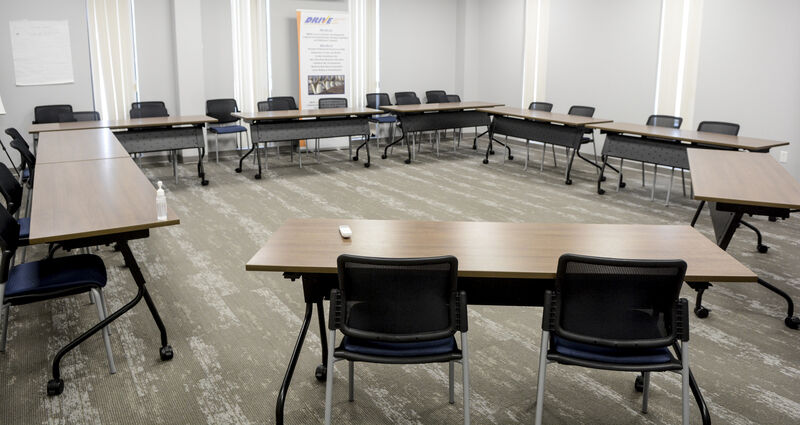 Robert Inglis/The Daily Item A portion of the DRIVE building in Danville that has been turned into a conference room. 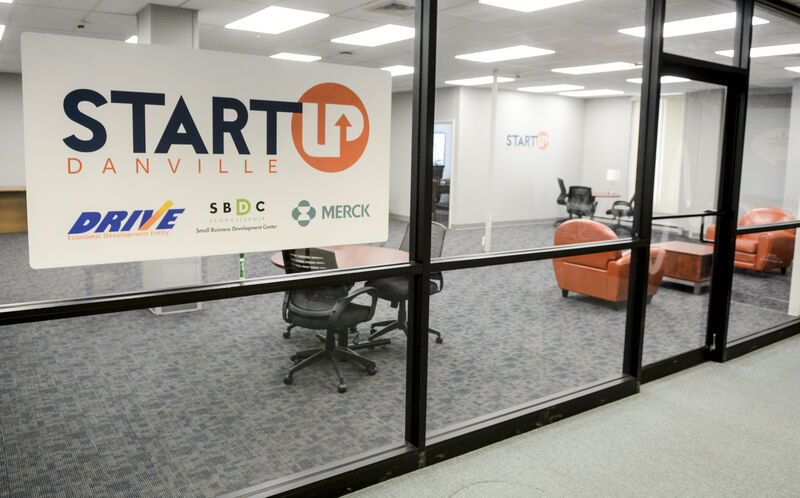 Robert Inglis/The Daily Item Startup Danville is utilizing space inside the DRIVE building in Danville for their office. 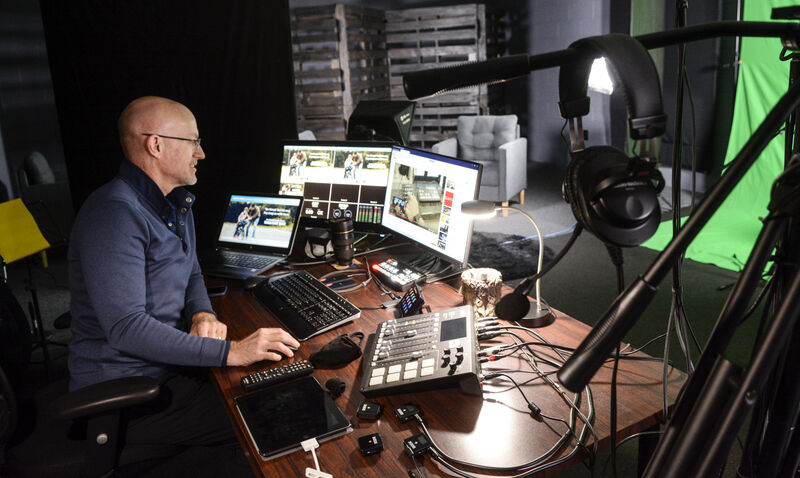 Robert Inglis/The Daily Item Mark Burke, owner of MYNDDSET, works on a digital project inside the DRIVE building in Danville.

Robert Inglis/The Daily Item A section of the DRIVE building in Danville that will be converted into office space for them due to their recent growth.

Robert Inglis/The Daily Item A new roadway through the DRIVE property in Danville that will allow easier access for vehicles.

Robert Inglis/The Daily Item A portion of the DRIVE building in Danville that has been turned into a conference room.

Robert Inglis/The Daily Item Startup Danville is utilizing space inside the DRIVE building in Danville for their office.

Robert Inglis/The Daily Item Mark Burke, owner of MYNDDSET, works on a digital project inside the DRIVE building in Danville.

DANVILLE — If these buildings could talk, they would tell of the manufacture of steel products, of mortar shells and bullets for war, of heavy industrial equipment for mining.

They would tell a big part of the story of Danville's industrial growth through most of the 20th century.

Today, the complex of sprawling factory space and later century office building along Railroad Street is writing the story of economic development for the future of five area counties.

DRIVE, or Driving Real Innovation for a Vibrant Economy, bought the property most recently occupied by the Finland-based Metso Minerals, which manufactures machinery and provides services for the mining, oil and gas, recycling, pulp and paper industries around the world.

Previous to Metso, Kennedy Van Saun (KVS) built munitions then later mining machinery on the site. According to Danville historian Helen "Sis" Hause, from 1961 to 1989, KVS operated as a subsidiary to McNally of Pittsburg, Kansas. In 1989 it became part of Svedala Industries of Sweden. Metso acquired Svedala around 2001, Hause said.

Besides restoring an existing property, the site also suits the needs of economic development. The site has room for manufacturers to begin operating and space in the office building for business startups or even for anyone to rent office space, if even for a day.

Wakeman said that while building new offers many advantages, including building exactly what the company or agency wants, new construction takes longer.

"Then there's the cost," she said. "An industrial building easily is into $50 to $55 dollars a square foot. You don't get into a lot of that cost with reuse."

The property, which DRIVE had purchased two years before moving its offices there, was not the economic development agency's first choice for its headquarters.

"As a staff, we did kick around a couple locations for office space," Wakeman recalled. "We looked at a building the county owned. We had had conversations with them. We knew they were looking at configuring their space."

The group talked about a couple of places with the county and considered the old TRW building.

"We sort of kicked the tires on a lot of places," she said.

At the time, DRIVE had its offices in the old county home building along Woodbine Lane in Mahoning Township.

"We owned the Metso building. We bought it at the end of 2017," Wakeman said.

DRIVE moved its offices to that building in August 2019.

"We bought that entire complex," she said. "It included four buildings — an office building and three industrial buildings. The office building, we didn't have plans for it originally."

DRIVE purchased the 20-acre property in December 2017 for $405,000 with the hope of drawing one or several new industries to the area.

As Wakeman pointed out, the site can support manufacturing with rail access, light industrial and office space.

"It's a success for DRIVE as an organization and the partnerships it's created," Finn said at the time. "There's also the potential to bring quite a few jobs to our area."

He said officials had been working on the purchase for almost a year.

DRIVE began talks with Metso in the spring of 2017, several months after the company said it was moving operations to York County. Metso maintains a testing site in one of the buildings, leasing the 9,200-square-foot space from DRIVE.

DRIVE occupies about 1,200 square feet of the 32,000-square-foot office building.

"There is plenty of room," Wakeman said.

DRIVE has renovated space for Startup Danville, a business incubator created by Merck and Bucknell University's Small Business Development Center (SBDC) for new businesses and students to learn about entrepreneurship in Danville. It also renovated space for the SBDC staffers, who had offices but no conference room.

"We're doing it in steps, trying to leave the building open to as many options as possible," Wakeman said. "You could have something as simple as private corporate offices, professional services, lawyers, accountants."

She said the group could create more space for those who need it.

"Particularly, with the number of people working from home, if you rent a desk for a day or rent space for a client meeting," Wakeman said. "We talked about doing something like that."

The office building is the newest of all the structures on the property. It was built in the early 1970s and additions were built in the 1980s, 1990s and 2000s, she said.

She said that while one of the KVS buildings is gone, others still are on the site. The plate shop offers 64,000 square feet of industrial space. DRIVE sold a 13,000-square-foot building on the site to a culinary equipment company.

In 1942, the shop doubled in size, and soon after, another unit was added adjacent to the shop due to the production of war munitions. From 1940 to 1945, more than 9 million 81mm mortar shell bodies were produced in addition to other projectiles, bombs and shell bodies.

During those years, the company employed more than 1,100. In 1951, KVS resumed the production of ammunition for the Korean War. The production of munitions continued until 1969 with an increase in production to help supply the Vietnam War.

Generations of families had worked at the KVS plant. It ceased its manufacturing operation in 1987, maintaining its engineering and sale departments and test plant at the site, Hause said.

Repurposing and revitalizing in the Valley