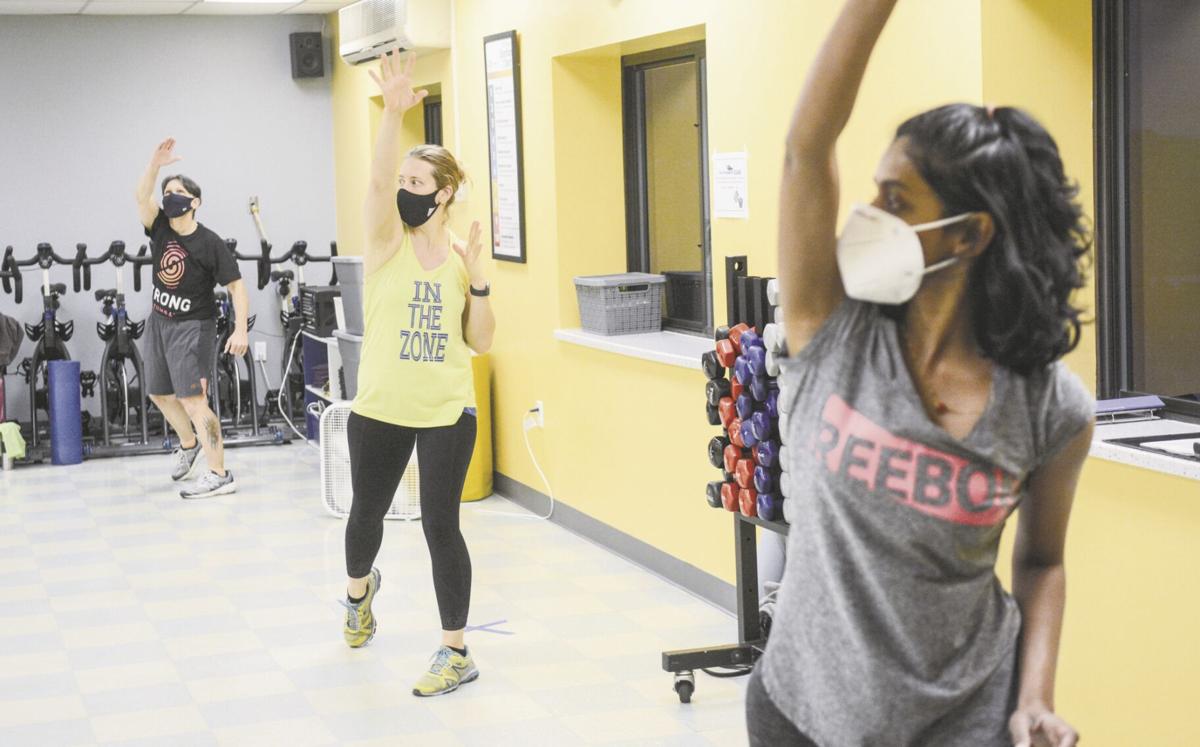 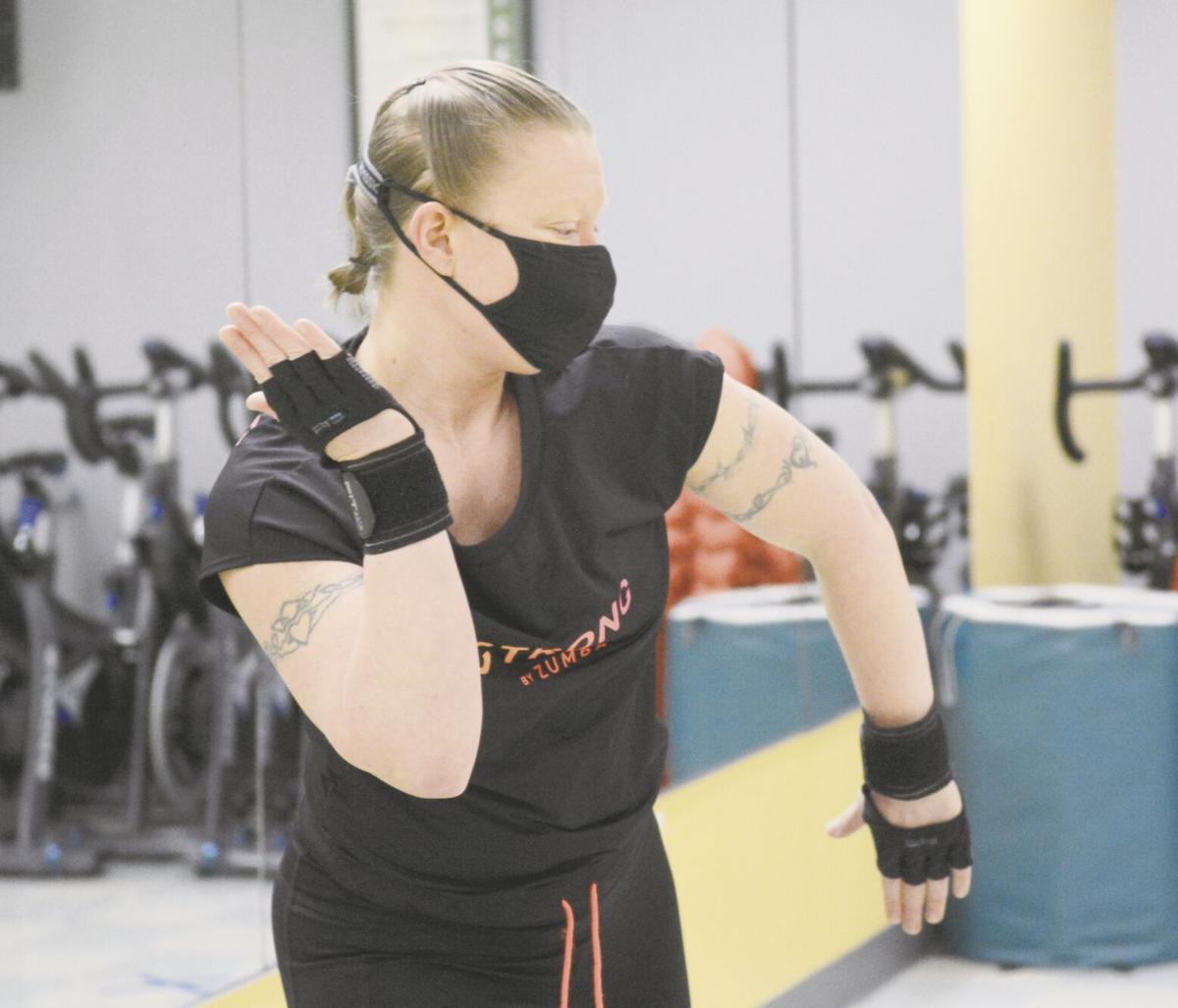 DANVILLE — Grunts and groans, the sounds of splashes from the pool, and exercise class leaders shouting out instructions were music to the ears of Heather Laubach, Danville Area Community Center director of operations, when the facility reopened to members on Monday, after Gov. Tom Wolf's mitigation rules expired.

"We are happy to help support our community again," Laubach said. "We opened on Monday, 8 a.m., as per Gov. Wolf's guidelines. That was kind of an odd time for us because we normally open a lot earlier than that (5:30 a.m. during the week)."

Being open again was very needed, Laubach said. "Our members are thrilled that the doors are back open and they are able to continue their healthy lifestyle. For many members, it is not only the physical benefits but it is a mental improvement also. Being able to be out around people, wearing masks. Mentally, being out helps people stay positive and upbeat ... and a way to see their neighbors and friends and interact with our staff."

Inside DACC, there are "active zones, which are set by either the CDC or Pennsylvania's Department of Health or Pennsylvania Parks and Recreation guidelines.

In each zone, she explained, "we have to have 25 participants or less."

That would be on the basketball court, in the fitness area, or pool. Those all are required to active 25 people or less.

"In our classes, it is even less because we want to make sure people are socially distant," Laubach said. "In group exercise classes we have 12 people. In the water, we can go a little bit higher because there is more area in the water. We can have 20 in a fitness class or 25 swimming in the pool at the same time."

Korta Yuasa, of Danville, said he was happy to be back exercising. "I missed it," he said on Tuesday. He said he liked the variety of equipment available. The location of DACC was also "convenient to the high school," where he drops off his son.

He also felt safe at DACC. "To the best of my knowledge there has been no contact tracing that indicated anyone with the virus here," he said. "They run a daycare service here and as of a month ago, there was no report of COVID there either. So whatever mitigation process we are using seems to be working."

Jamal Avery, of Philadelphia, said DACC is good because it gives him a chance to play some basketball, "and use the weights. It's just good to be outside instead of being stuck in a house."

Avery missed it when DACC was closed. "Once a week we come out and play basketball, get that exercise," he said.

Hidi Horikoshi, owner, Resurrection Movement Studio, in Danville, said "for three weeks we were virtual classes only. As far as our dance program goes, we had to shut down a week earlier before we headed into the holiday break."

It was unfortunate, Horikoshi explained, because December is one of his busiest times. "We ordinarily have holiday party weeks with the kids, so we had to come up with some creative ways to make that happen.

"We are back to where we were three weeks ago," he said. "Masking, limited numbers of clients per class."

The studio's dance program is shut down until Monday, Horikoshi said. "That was something we decided to do ourselves. Looking at the numbers of COVID positives in the area, and thinking that the extra seven days will help us determine what the numbers are going to be like after the holidays.

"We met as a staff and decided the delay on dance programs is probably in the best interest of the community," he said.

Clients have been coming back into the studio, he said, referring to the adult fitness classes, and kids' athletes' classes are back.

"One of the greatest things about this pandemic," Horikoshi said, "is it has made us appreciate what we have. Especially kids. When we met on Tuesday we talked about remembering the feeling of how grateful we are that we can be back together."

Bob Dressler, owner, Pub II bar and restaurant, in Danville, said his patrons are thrilled to be back.

"We are now following the governor's Dec. 10 mitigation orders," he said. "What we have found is a very anxious and eager clientele. Those people who are comfortable going out to eat and drink, safely.

"Safe is a word that hits the nail on the head," Dressler said. "My problem with the mitigation geared toward the food and beverage industry is that ... from the onset of all of this is, if the governor would have allowed people to make their own decisions and not placed super restrictions on our industry, we would have been fine. We would have probably reached a level (of safety) of where we are today."

In the end, when it comes to going out, he said, "It's all about an individual's comfort level."