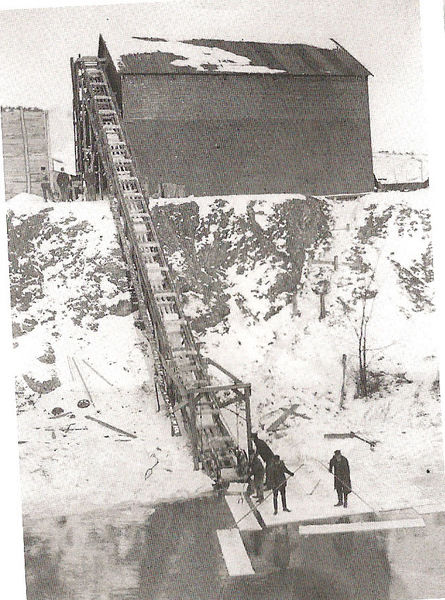 This is the J.A. ice elevator on the dam on Mahoning Creek 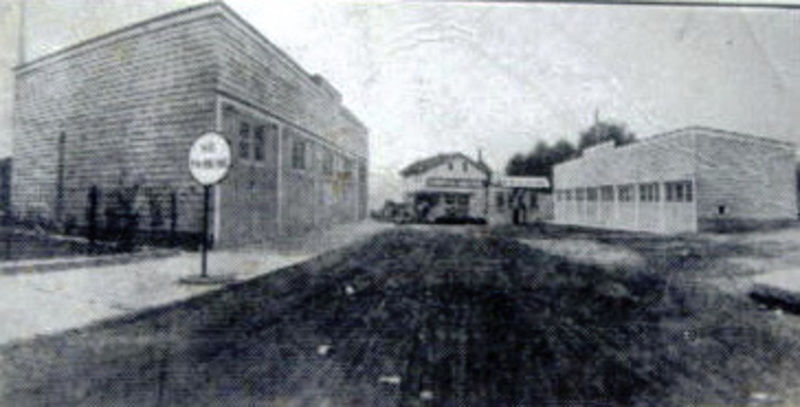 This is the J.A. ice elevator on the dam on Mahoning Creek

“Winter is the time for comfort, for good food and warmth, for the touch of a friendly hand and for a talk beside the fireplace.”

It was the first time in more than 30 years that Danville Area High School hosted the District 8 Band Festival. The festival, under the Pennsylvania Music Educators Association Banner, had 159 students auditioning for chair seating arrangement.

In an objective selection through a competitive audition of the best musicians from 40 school districts, Danville placed 14 students in the competition.

Danville Band Director Jack Bower, hosting his first festival in 25 years at Danville, handpicked the guest conductor, Anthony J. Maiello, who had performed throughout the world and was also the professor of music and director of instrumental studies at George Mason University in Virginia and honorary conductor of the U.S. Navy Band.

A photo in the newspaper showed jayvee basketball coach Steve Moser, Daryn James, 9, first-place winner in the 8-9-year-old division of the District Elks National Hoop Shoot at Mount Carmel, and 11-year-old Brian Severson, runner-up in his division. James beat out representatives from nine other area schools.

A Tip of The Hat, a daily column in the local newspaper, congratulated three Danville Boy Scouts who recently received the Eagle rank. The recipients of the award at a meeting of the Advancement Committee of the Columbia-Montour Council of Boy Scouts of America were: James Long, Post 130, and Robert L. Marks and Kenneth Bills Jr., Troop 32.

Sgt Dale E. Schooley was selected by the Air Research and Development Command to receive the Educational Achievement Award from the Air Force Missile Development Center, Holloman AFB, New Mexico. The honored sergeant earned the high award by participating in off-duty educational programs available at this base.

Sgt. Schooley began his educational endeavors in 1955 at the University of Virginia, taking courses in English while on duty with the ground observer corps. During his tour at Holloman the sergeant completed 32 semester hours through the University of New Mexico and New Mexico State University. Sgt. Schooley was lauded by the New Mexico State University for exemplary achievement in attaining high grades in night classes conducted by the university at Alamogordo Community College. The education-minded sergeant completed academic instruction officer candidate and education technician courses through ECI.

After graduating from the NCO academy of the Air Research and Development Command at Kirtland AFB New Mexico, his next venture was reassignment to the USAF recruiting service at Altoona Pa.

Two of Danville’s young men who made the supreme sacrifice for their country were awarded the Order of the Purple Heart posthumously by the United States Government. Pvt. Robert Ward and Pvt. Robert E. Lynn were both killed in action in France on Oct. 1.

Danville garage owner Frank A. Brown was the featured speaker at the weekly dinner session of the Rotary Club held in Shiloh Fellowship Hall. Mr. Brown explained that his business on Penn Street was a continuation for the second generation of a repair shop which was started by his father, Will O. Brown, as a bicycle and lawnmower hospital.

He stated that power for operating the machinery was from steam, which later gave way to gasoline and then went with the modern trend of electricity.

Upon the advent of the horseless carriage, the shop expanded to include automobile repairs and one of the first jobs was a one-cylinder Cadillac, which was followed by Oldsmobiles and Fords, also of one-cylinder vintage. The first gasoline was dispersed in 5-gallon cans and that all fuel had to be strained through a chamois.

In 1926 they purchased the livery stable from the Montour County Trust Bank, which provided additional garage space.

Mr. Brown displayed photos providing a partial visual history. The garage, at this time, was one of the best equipped in the country.

Danville’s ice harvest was beginning and believed to be a bumper crop. The dam in Mahoning Creek at the northern end of Mill Street, operated by J.A. Lawrence, had 22 workers cutting and storing as fine a quality of ice as had been in several years. The big ice house on the ‘cinder tip,’ (now Continental Fire Company) held about 2,000 tons. After the first ice-cutting day, between 600 and 700 tons had been stored. The ice was cut from the northern end of the dam, under new methods, with a motor ice saw that was capable of cutting the 12-inch ice at the rate of a thousand tons a day. The power cutter however was not operated to full capacity, as it would be impossible to handle and store the ice cut at that rate. A runway was cut in the ice allowing the large cakes to float down to the foot of the 75-foot ice elevator, which took the cakes up to the ice house and shot them into the building at the rate of about 10 a minute. The entire operation, a well-regulated system, created an interesting sight to witness. Mr. Lawrence calculated “that if the low temperature continued, the big ice house would shortly be filled to capacity.”

The work of harvesting ice at the Danville State Hospital was nearing completion with as fine a lot of ice stored as had ever been seen at the institution. Almost 1,200 tons from 10 to 15 inches thick, cut from the hospital reservoir, had been stored, filling their big ice house that supplied the institution. Another 400 tons harvested would fill a number of smaller houses.

It was as clear as a crystal and possible to read a newspaper through the huge cakes. One cake was turned on end and a newspaper was read through a thickness of 20 inches.

Prohibition banning alcohol was written into law with the passage of the 18th Amendment on Jan. 16, 1920 and lasted almost 14 years until Dec. 5, 1933, when the law was repealed in the 21st Amendment.

It was claimed, this “Noble Experiment” created a time of gangsters, speakeasies and bootleggers.

Sis Hause is a Danville historian. Her columns appear every week in The Danville News.