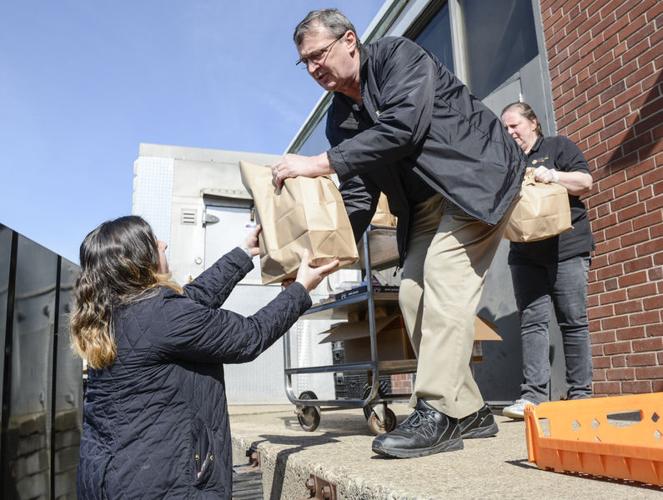 Robert Inglis/The Daily Item Ashley Mingle picks up meals for her children at the Danville Middle School on Monday from Bob Lauck. 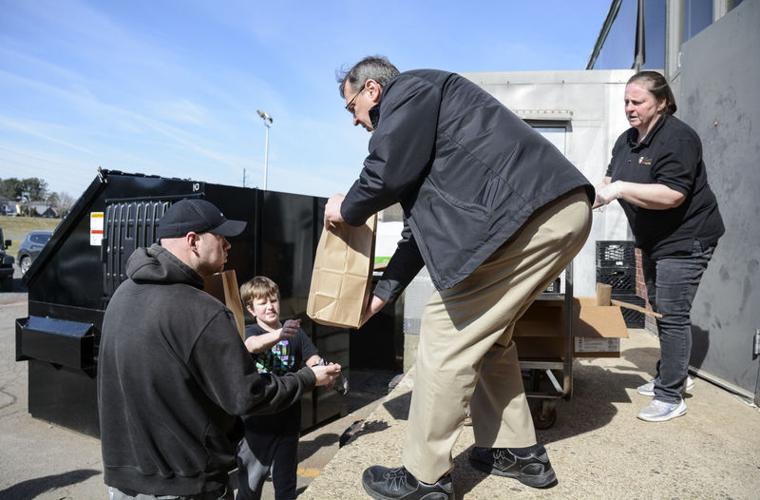 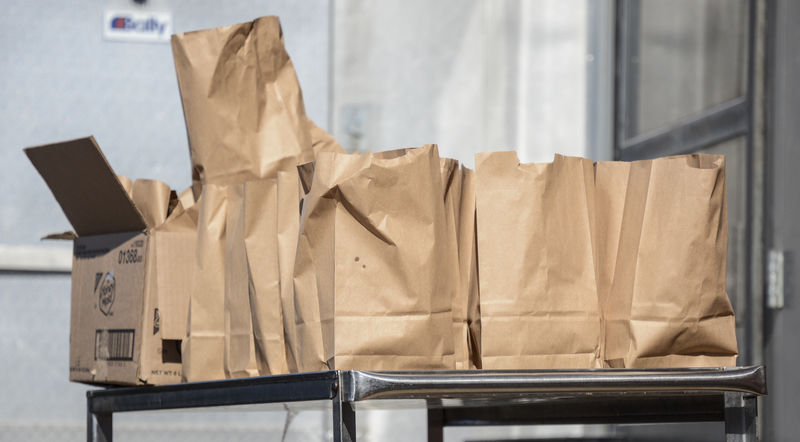 Robert Inglis/The Daily Item Ashley Mingle picks up meals for her children at the Danville Middle School on Monday from Bob Lauck.

DANVILLE — Any student who needs food in the Danville Area School District can receive meals while schools are closed.

"We don't want any child to go hungry," said Bob Lauck, manager of food services in the district for Metz Culinary Management, Monday on the first day the district handed out lunches and breakfasts. Student lunch accounts will be charged accordingly.

The food is available from 11 a.m. to 1 p.m. Monday through Friday while schools are closed through March 27. People can pick up food at the rear entrance of the Danville Middle School.

Gov. Tom Wolf ordered schools be closed because of the coronavirus.

The middle school was chosen because it is the most centrally located school in the district, School Principal David Snover said.

Aricia Hartman got lunches and breakfasts for her four children ages 8, 7, 5-year-old twins and a 4-year-old.

"With a large family size, I will be feeding three meals a day and the grocery store has limited supplies," she said. Her children normally would eat breakfast and lunch at school.

The grocery store is limiting customers to "four loaves of bread and we go through a loaf a day," she said.

She thinks turnout for the food will be higher next week since she believes families may have already stocked up for this week. Her husband's work shift allows him to be home with the kids.

"Thank you for coming and doing this," she told Lauck and high school head cook Rhonda Wildt who were handing out meals in brown paper bags. "We have eliminated Styrofoam and try to be as eco-friendly as possible," Lauck said.

He said Superintendent Ricki Boyle directed that they make sure "every child has a meal every day." Two food service people have been preparing and packaging food.

"At first it was for free and reduced lunches, but we are doing it now for every student," he said.

He said he hopes to have more of a gauge on how many meals will be needed as the days go on. "It was such a rush to set up late Friday," he said.

Jason Hamilton was with his 11-year-old son and also receiving meals for his two daughters, ages 17 and 13.

"It's helping good," he said of the food. "I am still able to work since my daughters are helping out."

They distributed a variety of cereals along with milk and applesauce.

Mary Koch was able to drive up and get meals for her three sons, ages 15, 12 and 7. "This keeps a stockpile at home. When I went to the grocery store on Saturday, the meat, salads and vegetables were gone," she said.

While she said she knows other parents are struggling about where their kids will be while they are off school, she said she "is blessed that I get to stay home."

A plan is in development to provide meals to students of the Mifflinburg Area School District during the state-mandated school closure.