Screenshot of teacher Dave Toczek's sixth-grade class at St. Joseph School in Danville shows playwright and director David Miller and some of the students who came up with ideas for one of his plays about Danville. 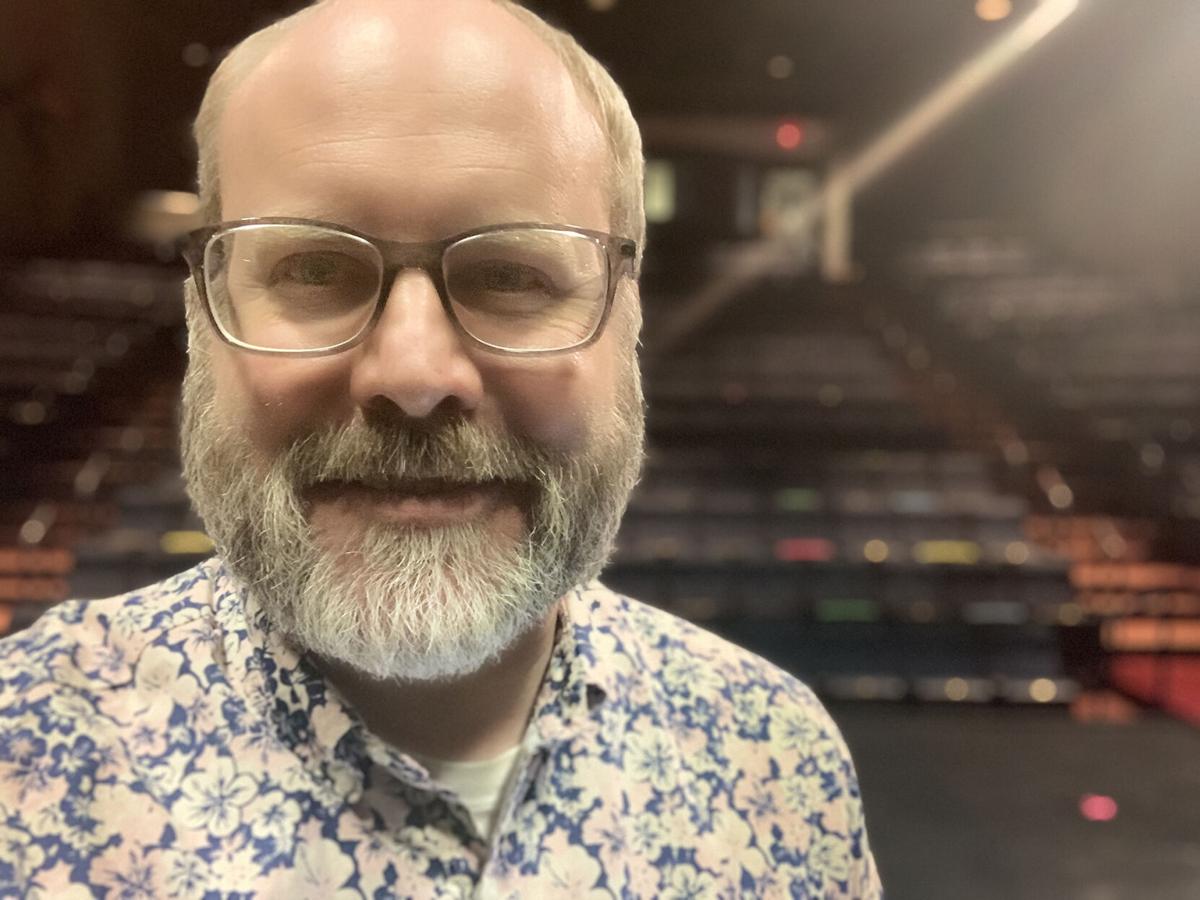 Screenshot of teacher Dave Toczek's sixth-grade class at St. Joseph School in Danville shows playwright and director David Miller and some of the students who came up with ideas for one of his plays about Danville.

DANVILLE — Travel in time, from present-day Danville back to the 19th and 20th centuries, then to the not-so-distant future.

In your journey, you will hear stories inspired by past and present events. Then with the help of a group of sixth-graders, you will learn what could be.

All that is packed into five 10-minute plays inspired by this Montour County community. "Theatrical Scenes from Danville, PA" will premier Dec. 17 at 7:30 p.m. on YouTube at https://www.youtube.com/davidamillerdirector, featuring actors from Bloomsburg Theatre Ensemble (BTE) and Bloomsburg University. It will continue until Dec. 23.

The presentation is the brainchild of David A. Miller, a director, playwright and associate professor of theater performance at Bloomsburg University, where he teaches acting, directing and playwriting.

Miller created one of the plays directly from the words of community members that he collected through interviews and surveys. The final play is the result of collaboration with the St. Joseph School sixth-graders.

"They are inspired by Danville people," Miller said. "My impulse as playwright is to always investigate the community."

That means hearing the stories of the place by the people who live there.

He visited the Montgomery House in Danville. He talked to people who live in Danville and know the stories of Danville's past, people such as Emily Carr, who has lived in Danville for all but three of her 94 years, and members of the Montour County Historical Society and the Mill Street Writers group. Miller said Carr told him he was a "river rat," because he lived near the Susquehanna River on East Front Street.

"I talked to her pre-pandemic," he said, noting he was able to spend quite a bit of time with her.

"She was telling me about her life and her passion for Danville," Miller said. "One of my characters in one of my plays is named after her."

Though he and his family have since moved to Bloomsburg, closer to the university, Miller said living in Danville is what inspired him to create the project.

Miller received grants from the Pennsylvania Council on the Arts, the National Endowment for the Arts and Community Partnerships RC&D Council Inc., a locally led nonprofit dedicated to improving quality of life in rural Pennsylvania and a partner in the Pennsylvania Partners in the Arts program, he said. Bloomsburg University's College of Liberal Arts also supported the project.

The performances will be recorded on Monday and Miller will add sound and transitions for the premiere a week from tonight. The actors — Elizabeth Dowd and Andrew Hubatsek of BTE, and university students Lydia Hannibal, a former BTE guest actor, Mary Patricia Burnett, Gibryl Livingston and Kalie Peterson— will be online to take part in the chat.

"I think that life in small towns has a beauty that is not often celebrated enough, and I really like the fact this play looks back at the past," Dowd said.

She also likes that a play also looks at the future.

St. Joseph School teacher Dave Toczek, who previously met Miller, said the playwright pitched the idea to him last spring and said he was looking to get some play ideas about Danville.

"He wanted to draw on ideas from kids," Toczek said. "They just go with it, whatever comes out of their head."

He said his sixth-grade group of 10 students is a really creative bunch.

"When he asked me about a group of kids, I immediately thought of this group," Toczek said.

"We messed around with the idea of time travel," the teacher said.

One of the ideas that came up during the collaboration was that Danville was displaced in time, and some characters were looking to modernize the town, but others wanted to remain traditional.

The show will go on

The plays originally were to be performed at the Booth Theatre, but the COVID-19 pandemic nixed that and kept pushing back the project. Then over the summer, Miller and Toczek decided they could do it. Miller joined Toczek's class on Google and brainstormed ideas. He took the ideas and created a play. The following week, the students read the script.

Miller said he had fun working with the students.

"We weren’t even talking a plot yet and they were talking about plot twists," Miller said.

"Dave was really good at letting the kids know their ideas mattered," the teacher said.

Hubatsek said he, Dowd and some of the student actors worked with Miller last year.  Miller was the lead playwright on "Remembered: Theatrical Stories from the Rosemont Cemetery," produced and performed by BTE in the cemetery last fall.

Miller regularly directs plays for the university program. His plays include "Mystic in the Savage State" (Strange Sun Theater, New York City), and "The Flames" (The Collective, NYC).

"We had a great time working with the students and really admired David's writing about local people and history," Hubatsek said. "He can look at a dry newspaper article or piece of lore and peel away the surface to find the real story underneath. So we were excited to work with him and some of the BU students again."

Hubatsek, who is in a couple of the plays, said he is looking forward to the interesting characters and stories of Danville that he didn't know about.

Toczek said his students not only can say they helped create one of the plays.

"They’ll get to see their play acted by professional actors from Bloomsburg Theatre Ensemble and students at Bloomsburg University."