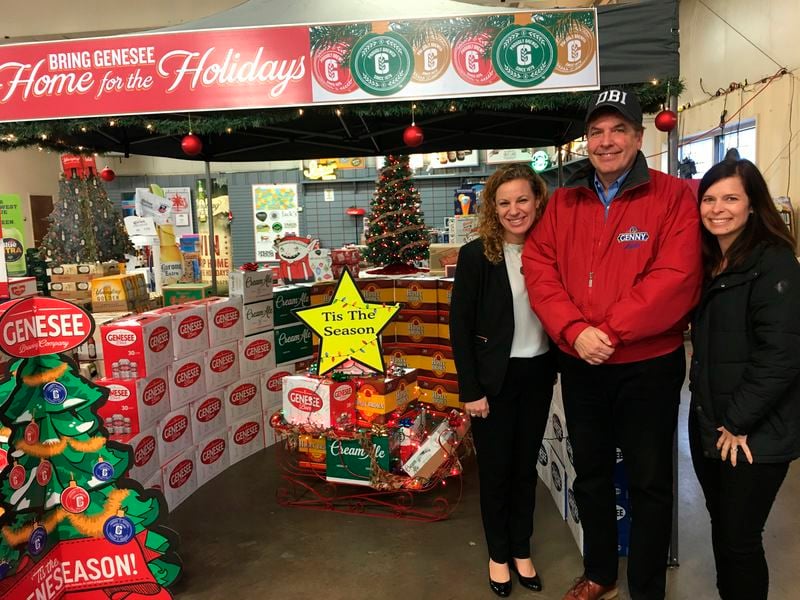 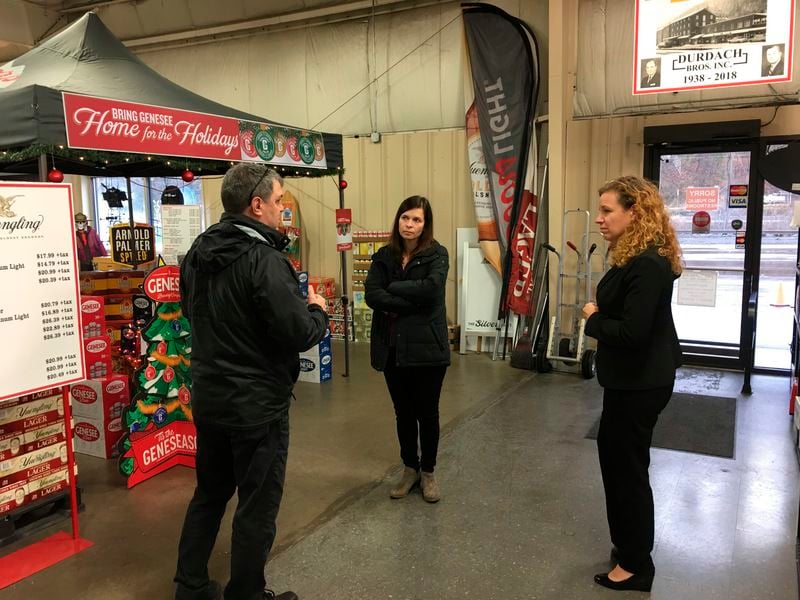 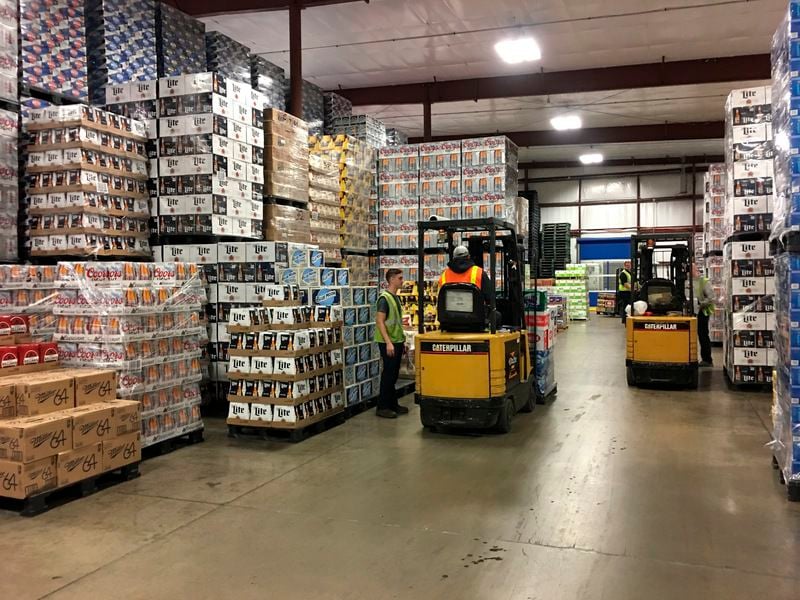 Warehouse workers at Durdach Brothers Inc. select orders to put together for transport to taverns and stores.

Warehouse workers at Durdach Brothers Inc. select orders to put together for transport to taverns and stores.

PAXINOS — His father and his uncle started it, his father saved it, and Rick Durdach expanded Durdach Brothers Inc. into a major regional business.

The beer distributor business that turned 80 last year employs 80 full-time employees, from warehouse workers and delivery drivers to retail and office staff and sales people. Durdach attributes much of the company’s success to hard work and the company’s best friend, “Genny.”

“Next year we should be celebrating our 60th anniversary with Genesee,” Durdach said.

The Rochester, N.Y.-based brewing company has played a huge role in the local distributor’s history.

Durdach’s father, John, and uncle, Jacob, ran the business together after starting out in Shamokin in 1938. In 1966, the year after the business moved to Paxinos, Jacob died from cancer. To make matters worse, shortly afterward, the business lost its largest-selling brand — Ballantine — which made it harder for John to pay off his debts.

“In those days there were no franchise laws,” Durdach said. “We were the wholesalers for Ballantine in those days, and Genesee wholesalers. Genesee was a very small part of the company. Anybody wanted Ballantine, they had to come to us.”

But the Ballantine brewers told Durdach’s father that his brother’s death ended the contract, he said.

“There were people who left the company because they thought my dad was going to go under,” he said. “It was a rough few years.”

One thing John Durdach had going for him was he was well known in the trade. He visited tavern owners and told the story about what Ballantine did.

“They thought it was a rotten thing to do to him,” Durdach said. “They replaced Ballantine with Genesee.”

A million cases of beer

Losing Ballantine could have killed his business, but Durdach said his dad was a hard worker and went bar to bar to sell and deliver Genesee. He eventually was selling 25 trailer-loads of Genesee a week.

“He literally took the Genesee name and made it into a $1 million brand,” said Mary Beth Popp, vice president, corporate relations for FIFCO USA, of Rochester.

FIFCO USA operates breweries and alehouses across the country. Its brands include Genesee Brewing Co., Labatt’s; Seagram’s Escapes and Seagram’s Escapes Spiked, Magic Hat and several other brands. It is the U.S. importer of Imperial from Costa Rica. It also performs contract brewing for other beverage companies, and at one time brewed 75 percent of Samuel Adams beer.

“If not for Genesee, there wouldn’t be any Durdach Brothers,” Durdach said. “You wouldn’t have 80 people take their pay and pump it back into the community.”

Durdach, who took over the business in the 1980s, has expanded his family business, purchasing distributorships in Williamsport, Berwick and Schuylkill County. Durdach now sells not only in Northumberland, Montour, Columbia, Snyder, Union and Schuylkill counties, but in Lycoming, Clinton, Sullivan, Tioga and Bradford counties, as well.

Durdach, who is chief executive officer, and company President Art Klemick, are close friends who worked at Durdach Brothers in high school and college before brief careers as history and math teachers, respectively. They returned to the area to again work at the distributorship.

“I knew how hard my dad worked,” Durdach said. “I could not walk away.”

When Durdach took over the business after his father died, he had a lot fewer employees than he has now, but the workforce grew along with the business.

The business also is expanding its main Paxinos warehouse, nearly doubling its size from 35,000 square feet to 65,000 square feet. Durdach's also has additional warehouse space behind its executive offices on the other side of Route 61.

“The real success of this company has been the tremendous benefit of gathering good people,” he said.

He said his employees are paid good money, and they spend it locally, providing a boost to the local economy.

The majority of employees have worked at Durdach’s for at least 10 years.

“Three unit managers have been here for at least 20 years,” Klemick said.

“Sunday sales helped (because of) convenience,” Herbert said, adding, though, “People only buy so much beer.”

Brew pubs, on the other hand, have hurt taverns, Durdach and Herbert said.

“It has made the business more challenging,” Durdach added.

But she said Genesee is making a comeback and invested $50 million in its brewery in 2018.