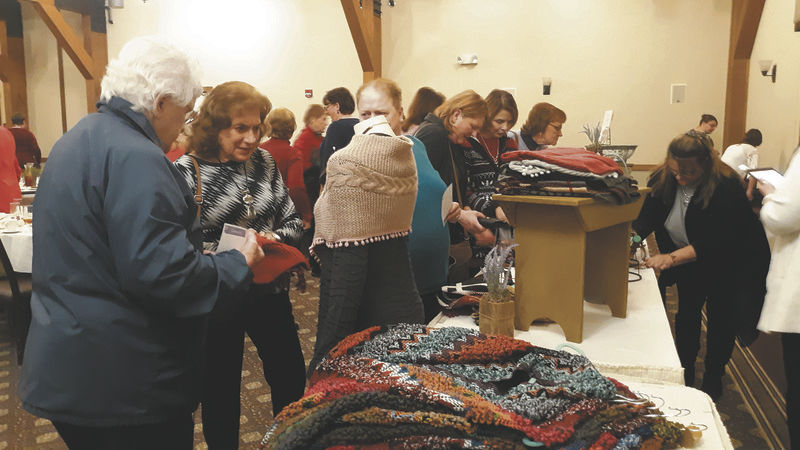 Women look over items available for sale at McCarty's Tattered and Torn during the Danville Tri-County After 5 Club meeting. 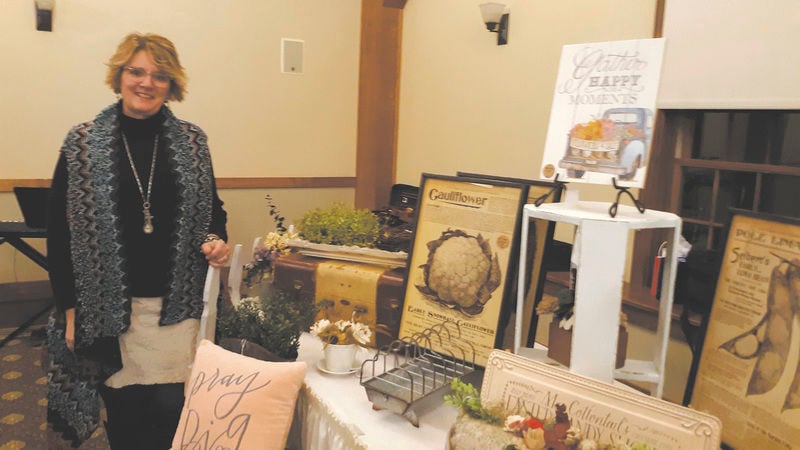 Lisa McCarty, of McCarty's Tattered and Torn of Danville, was featured at the Danville Tri-County After 5 Club.

Women look over items available for sale at McCarty's Tattered and Torn during the Danville Tri-County After 5 Club meeting.

Lisa McCarty, of McCarty's Tattered and Torn of Danville, was featured at the Danville Tri-County After 5 Club.

DANVILLE — Lisa McCarty told the Danville Tri-County After 5 Club during its “Tattered and Torn” Supper Party Monday night that her dream has been opening her own shop.

McCarty moved her shop Nov. 15 from Bloomsburg to 299 Mill St., which was previously occupied by Victoria's Photography. She founded her business in 2007.

McCarty brought samples of her merchandise to the program, which was held in the Pine Barn Inn. She sells clothing, jewelry and home decor items. She also has two antique vendors in her shop, which is open from 11 a.m. to 5:30 p.m. Tuesday through Friday and 11 a.m. to 4 p.m. Saturday.

"Danville has been very welcoming," she said.

She said her friends helped make the move happen by serving as computer support and painting alongside her husband.

Jennifer Updegrove, of Elysburg, and her student, Michaela Williams, a Southern Columbia sixth-grader, performed violin music during the meeting. Michaela started playing the violin when she was almost 3.

The guest speaker was Suzanne Rowse, of Wilmington, Del., a nurse who has worked in medical clinics, mentors young mothers and has done mission work in remote areas such as Peru, the Ukraine and Haiti.

Rowse said the Titanic set out on its maiden voyage more than 100 years ago in April. Officials were so sure it wouldn't sink that there weren't enough life boats or life jackets on board, she said. After striking an iceberg, the ship plunged to its death in 1 1/2 hours killing 1,500 passengers and most of the crew, she said.

In the sea of life, many icebergs are waiting to sink our ship, she told the audience of more than 70.

She said she has experienced many icebergs in her life, including a brother who forced himself on her. Her mother denied it happened and told Rowse to never tell anyone. She did tell her husband after he proposed to her. She said she was also molested by a stepfather.

"All of you in this room have your own icebergs," said Rowse, who overcame fear and feelings of being worthless through her faith. "How we respond to suffering makes the difference," she said, adding "true forgiveness is not holding a grudge."