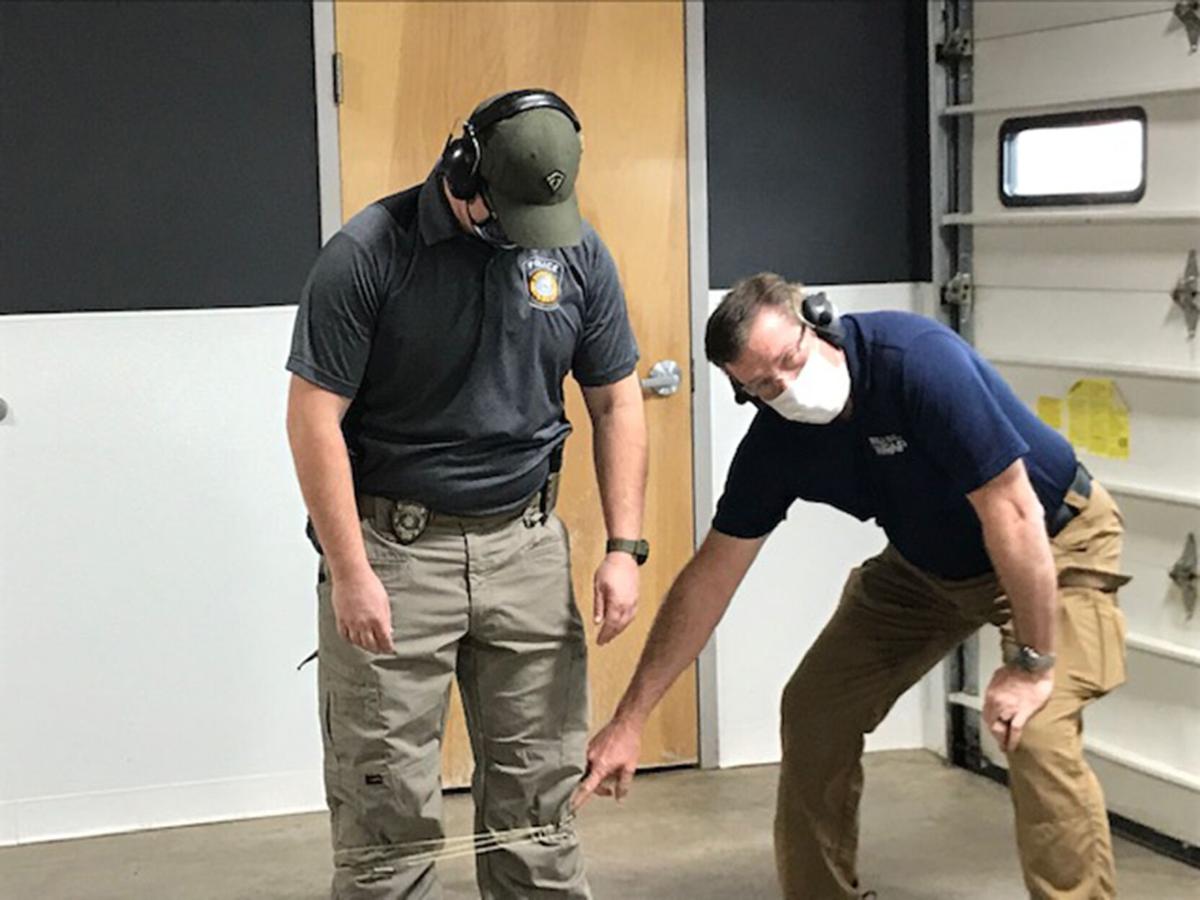 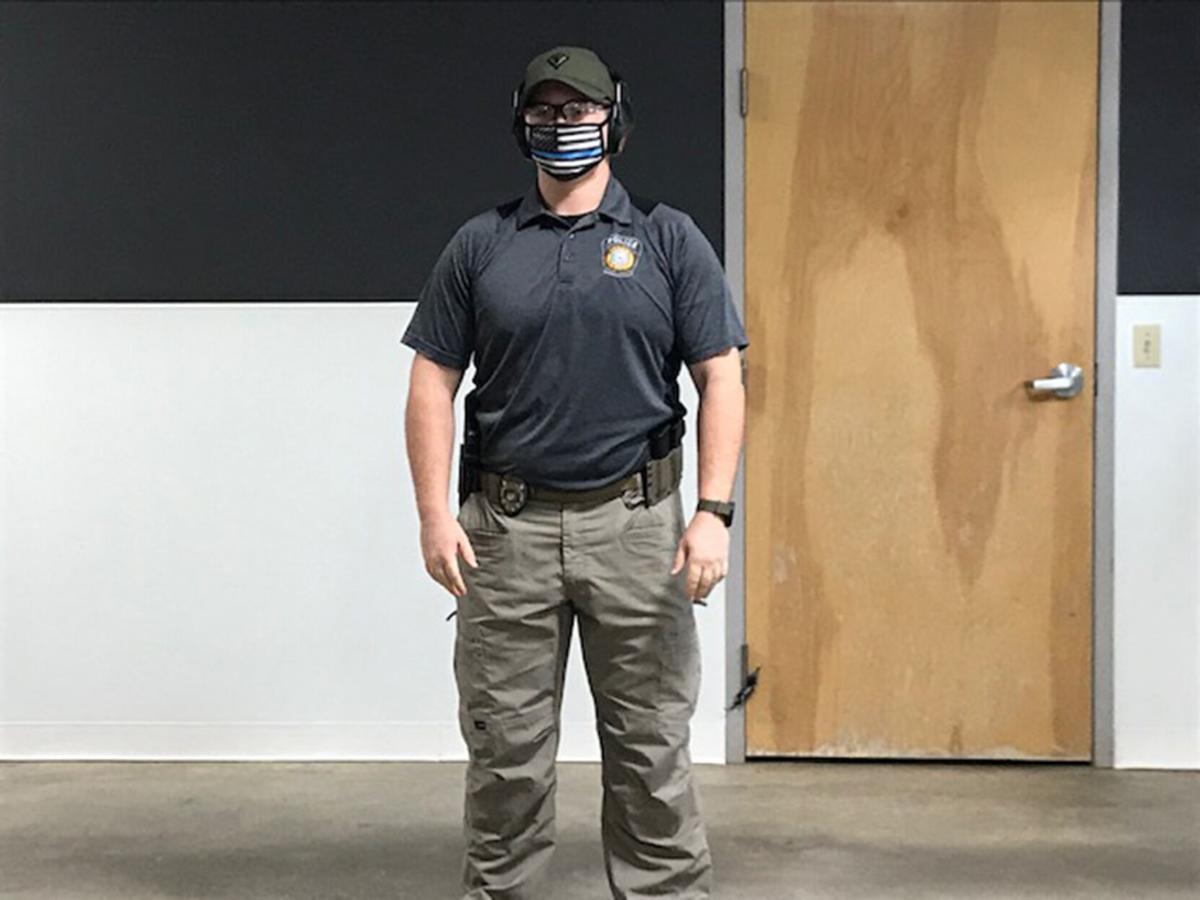 Garon Fenstermaker, an officer in the Mahoning Police Department, is about to have a BolaWrap shot at him during a Monday morning demonstration.

Garon Fenstermaker, an officer in the Mahoning Police Department, is about to have a BolaWrap shot at him during a Monday morning demonstration.

DANVILLE — It looks like a cross between a smartphone and a TV remote control, but what it delivers, for police, is a painless punch, a powerful restraining device that in some situations could replace the use of Tasers when confronting a suspect.

It's called a BolaWrap, a hand-held remote restraint device that discharges an 8-foot bola-style Kevlar tether at 513 feet per second to entangle a subject.

The Mahoning Township Police Department is the only police department in the Valley so far to have such a device as a tool to use if the situation warrants, and on Monday, officers held a BolaWrap demonstration.

Police Chief Fred Dyroff said, "the device we procured is a non-pain compliance, meaning no pain is used on the subject."

The BolaWraps cost about $1,000 each, Dyroff said.

Dyroff explained to the township's board of supervisors the reasoning behind his purchase.

"As you know, we currently have Tasers and have had them for years," he said.

Axon, the company that makes Taser used to claim as high as a 90 percent effective rate, Dyroff explained.

"However, a recent study showed that Taser effective rates are as low as 54.7 percent effective, and many police-involved shootings were precipitated by a Taser deployment that was ineffective and escalated the situation."

Tasers require the officer to make an effective shot on the person by hitting them with both probes that are shot from the Taser. Additionally, Dyroff explained, Tasers are less effective in the winter, due to persons wearing jackets that prevent the Taser probe to enter the skin.

The BolaWrap is relatively new to law enforcement and it's becoming more and more popular —230 agencies use it in the U.S. — due to the increasing spotlight on police, "and how to de-escalate with subjects that have mental health issues," Dyroff said.

The device is about the size of a cellphone and shoots out the Kevlar tether, which wraps itself around the subject's legs or arms.

"The device is much safer for the subject," Dyroff said.

On Monday morning, officer Garon Fenstermaker of the Mahoning Township Police Department learned all the details of how to use a BolaWrap from Wrap Technologies master instructor Michael Caprioli.

He also served as a subject in a demonstration —with Caprioli deploying the device.

As the BolaWrap deploys, it pops, loud, like a gun shooting — although of course, it is not that, Caprioli said.

Fenstermaker said the sensation was painless.

"This is interesting because it gives us another tool to use," Fenstermaker said. "Oftentimes, situations we have to deal with are so diverse that sometimes not a single tool that we have at our disposal is useful, or actually works. So this gives us something that might work in certain situations where other tools have not.

"I like it because as far as other tools, it is a bit longer-lasting," Fenstermaker said. "As long as the person is wrapped up properly, it gives us more time to take the individual into custody. A Taser is only five seconds lasting, whereas until we take the person into custody, we can contain him better."

Fenstermaker will be training the other officers in the Mahoning Township Police Department in the use of the BolaWrap, he said.