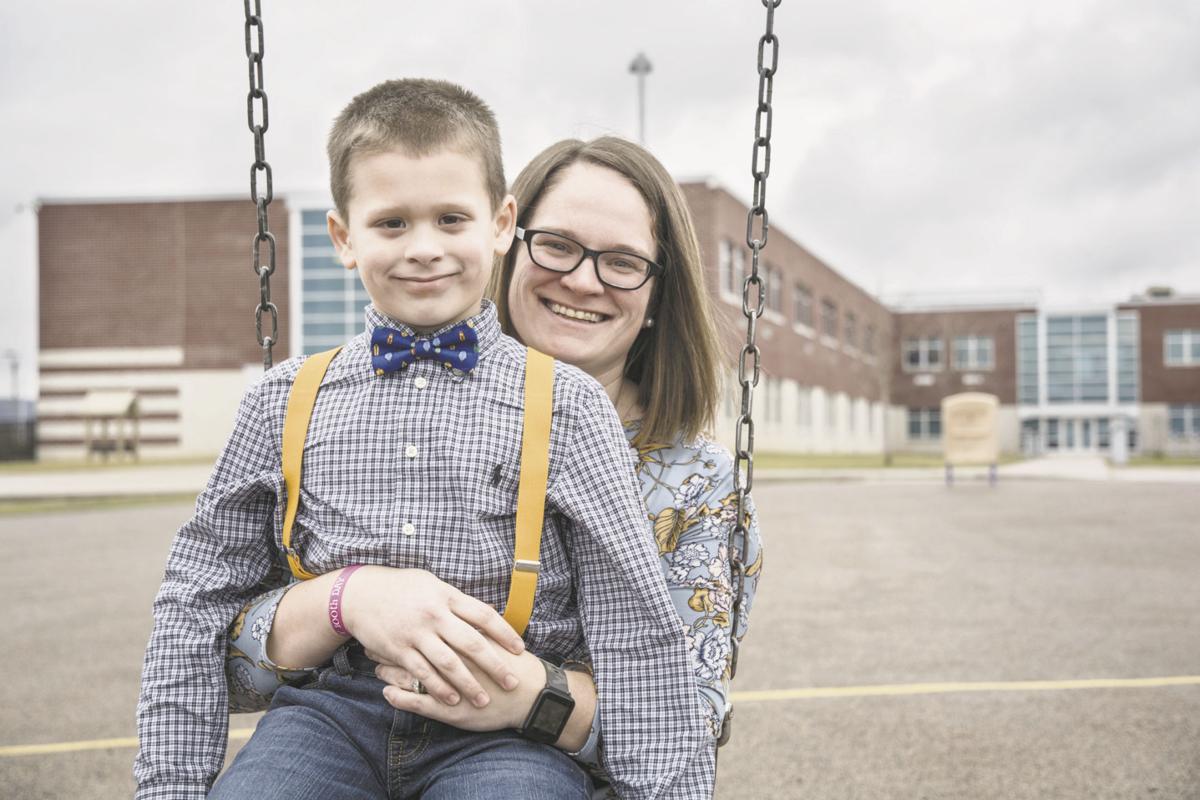 Robert Inglis/The Daily Item Jen Hodish and her son Brek have benefitted from the new parent universities being held at the Danville Primary School. 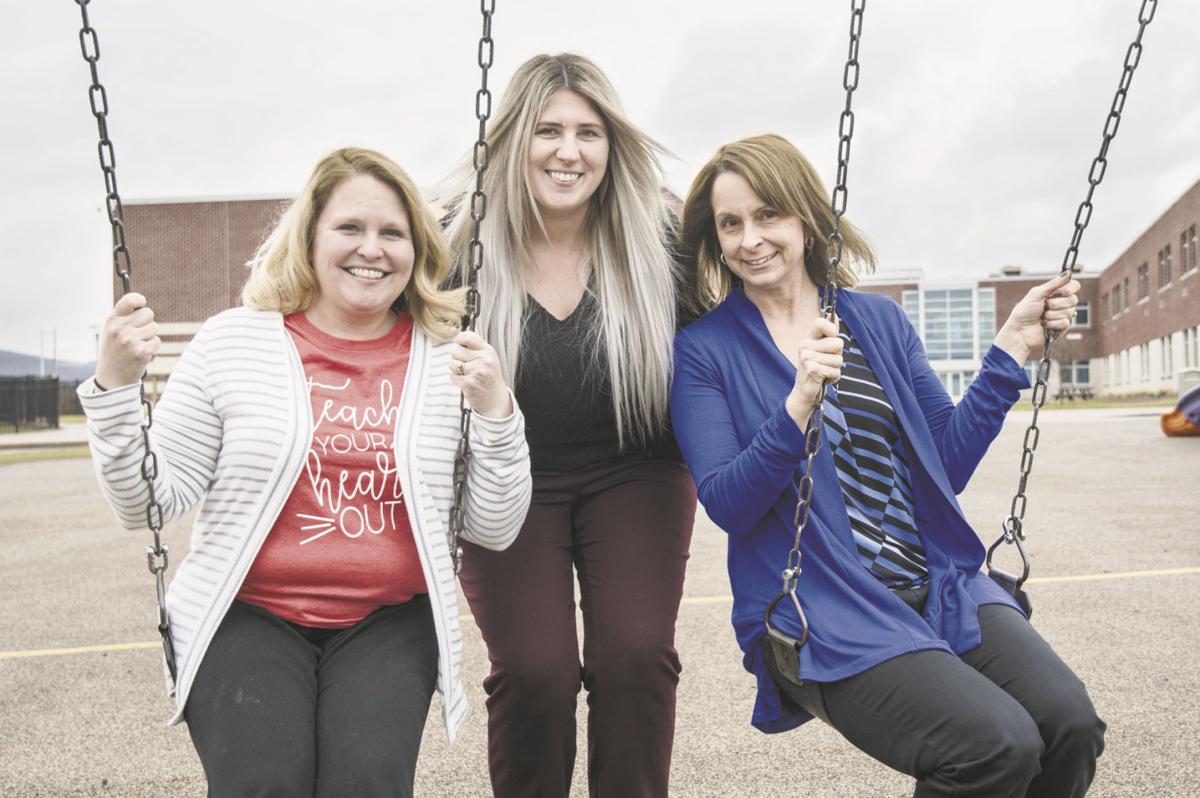 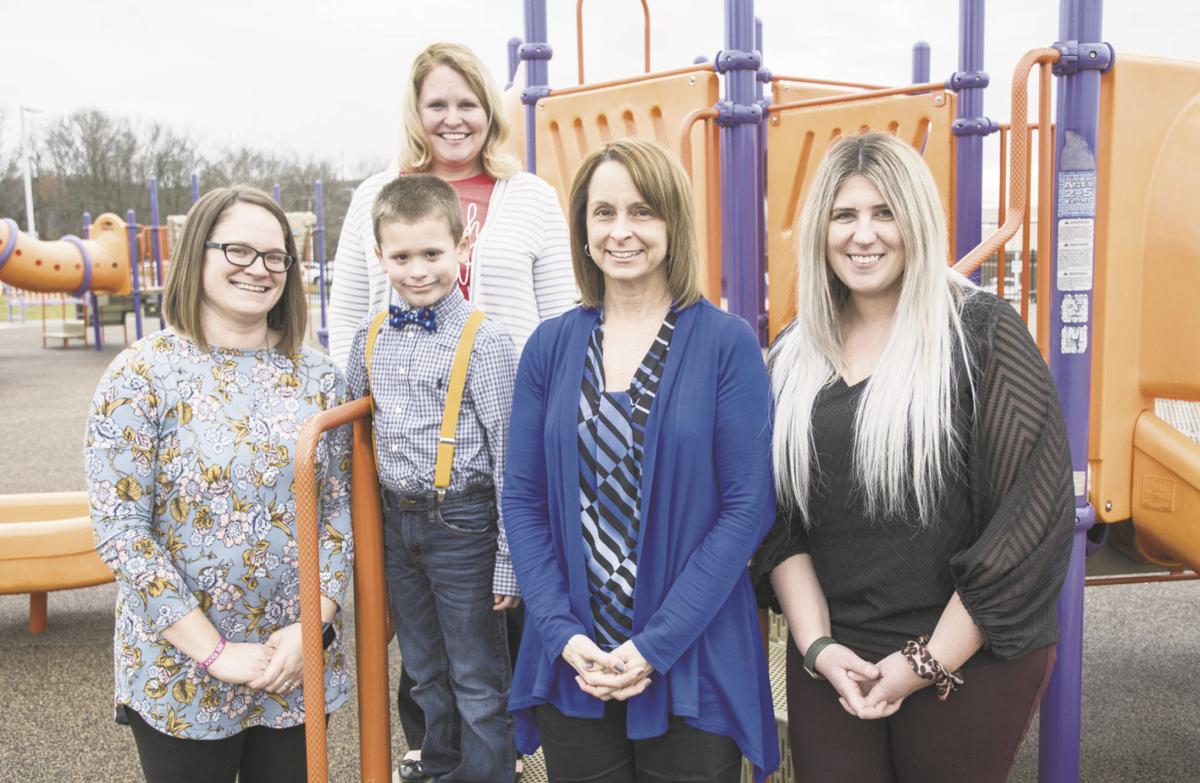 Robert Inglis/The Daily Item Jen Hodish and her son Brek have benefitted from the new parent universities being held at the Danville Primary School.

From a recent food and nutrition program, she said was able to take away a lot of new ideas on introducing her first-grade son, who is a picky eater, to new foods.

He can now choose between cereal or what is served at their dinner table.

"One night he said you have leftovers and I can make an individual pizza," she said.

That night he had the choice of eating spaghetti and meatballs or cereal.

"It's nice to talk with parents and hear their ideas and share their opinions," Hodish said.

Two Blue Ribbon Parent University sessions have been held and a third will be held from 6:30 to 7:30 tonight in the school. The topic is "The Power of Play," featuring guest speaker and Susquehanna University professor Susan Welteroth, said first-grade teacher June Heeter. She said Welteroth is a nationally known speaker on the topic.

The parent programs are part of the National Network for Partnership Schools, which assists schools in getting the community and parents more involved with the school to make it a better place.

"This year, more than ever, parents feel valued," Geise said.

With help from a staff committee, they have planned numerous new activities, which have been added to previous programs and activities.

School Principal John Bickhart said, "This concerted effort establishes a framework to connect the community, parents and the staff."

He said it serves as a "nice road map" outlining everything the school does. The events and activities will be evaluated and updated each year.

Heeter said more and more parents have been showing up to each parent university.

"The comments have been so positive and the presenters so positive to help parents in ways the district hasn't helped them before," she said.

She, Ernest and Geise work on the projects on their own time either after school or on weekends. Ernest said there is a lot of collaboration with parents and the administration "to see what they want to see in the school and we try to value everyone's needs."

Geise said they plan to speak to the Danville Area School Board about their work at 7 p.m. Feb. 26 in the primary school.

Hodish, who has a daughter who will be entering kindergarten, said it's nice that child care is provided during the parent programs. Parents get a flier that is sent home so they can sign up for the programs and for child care, which is provided by district paraprofessionals.

Parents who attend three of the six parent universities will be invited to attend a school board meeting in May and will be treated to desserts, Heeter said.

Heeter is working on a Spectacular STEM, or science, technology, engineering and math, Night to be held from 5:30 to 7:30 p.m. April 2 in the school.

"Children will be able to meet real, local STEM professionals and get their autographs," she said.

Professionals will include a detective, an engineer, a scientist, a pilot and more. There will be hands-on activities and a Prismatic Magic laser show.

Ernest is working on a Pop-up Playground to be held from 9 a.m. to noon April 25 at the school. Bloomsburg University Professor Michael Patte introduced her to the idea. Patte will be helping along with university students. University students will volunteer and monitor events so parents can be engaged with their children, she said. Kids will use their imagination with recycled materials such as cardboard boxes and tubes. They will make capes from fabric.

Ganit and Adir Levy will appear in a virtual program from California about their new book "What Should Darla Do" on March 20.

Pennsylvania author Frank Murphy, who wrote "A Boy Like You," will visit in person April 6 and give a sneak peek of his new book, "A Girl Like You," which will come out in early summer.

"He only does two school visits a year and we were very lucky to snag him," Geise said.

Heeter attended a meeting at the Danville American Legion Post and spoke about local veterans participating in the school's Memorial Day program.

"Veterans with a good story to tell should contact the school," she said.

Heeter organized a "Desks for Success" project during which people and businesses donated $100 for a desk for a student who didn't have one at home. Community members assembled them in December. A total of $7,200 was raised with 72 happy students learning at home, she said.

"Our community is so amazing," she said.

"A lot of parents and kids came out for that. In second grade, parents acted like students to solve problems on white boards like their child would. Two second-graders helped lead the lesson," Geise said.

At the math event, "We played bingo and kids won books," Hodish said.

Career Crunch Over Lunch has been held for a couple years, but Geise said it has been changed to Culture Over Lunch since there is a diverse culture in the area. Parents come to the school to speak about their culture and some bring in recipes.

School art teacher Jess Noel will again head the Celebrate the Arts Night April 23, which is well-attended by students and their families. Displays of student artwork are set up throughout the school and special programs are held.

The home and school association also holds events, including the annual holiday shop where kids choose gifts for family members in December.

Other home and school activities include a fun run in September and kindergartners visiting T&D Cats May 1.

Noel will organize a Trunk or Treat on Oct. 22 since the first Trunk or Treat, involving community organizations and businesses, in 2019 attracted more than 750 students.

A Rock Your School event will again be held in September with students and teachers dressing as rock stars for an assembly.

Second-grade teacher Emily Ayers, who is part of the committee headed by Heeter, Ernest and Geise, is working on random acts of kindness projects for the spring. One will include students writing words of encouragement on stones and placing them in parks.

Second-grade students also participate in a pollinator party every year with the event this year on May 22. Beekeeper Rob Dwyer will be a new speaker this year.