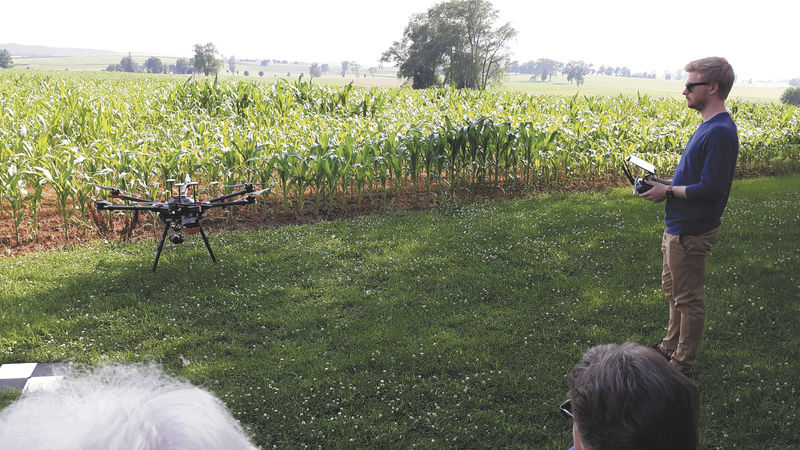 Andrew Yoder prepares to fly a drone for a demonstration over a field at the California Grange in Montour County. 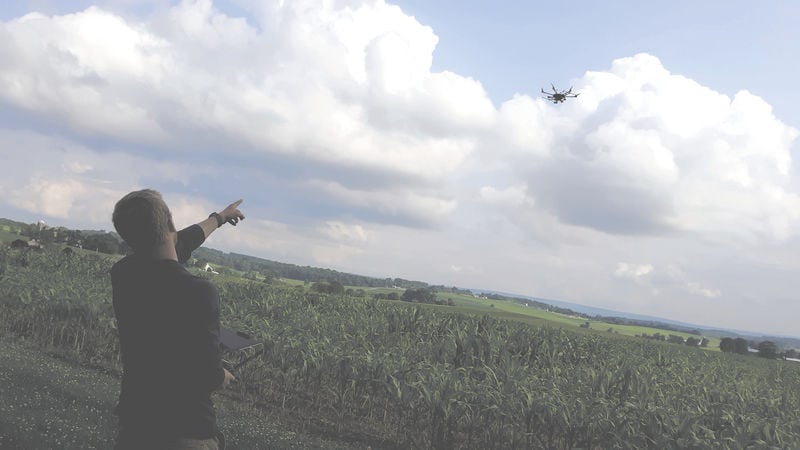 Andrew Yoder, of Penn State's Department of Ecosystem Science and Management, flies a hexacopter over a cornfield in Limestone Township. 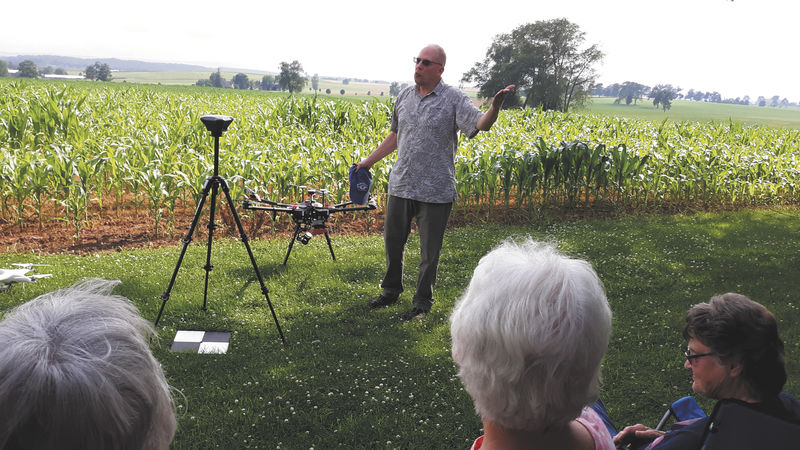 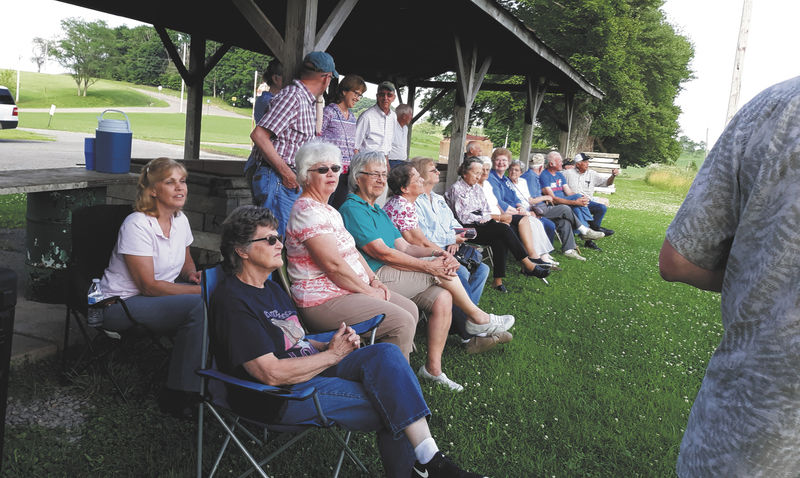 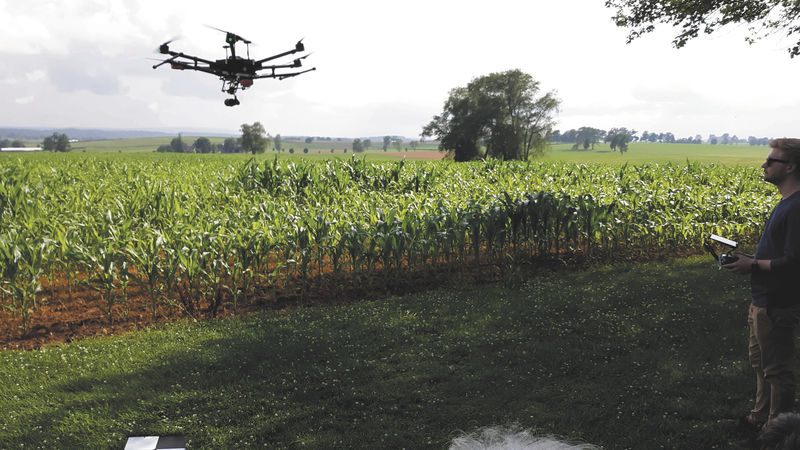 Andrew Yoder, of Penn State, lands a drone at the California Grange in Limestone Township.

Andrew Yoder prepares to fly a drone for a demonstration over a field at the California Grange in Montour County.

Andrew Yoder, of Penn State's Department of Ecosystem Science and Management, flies a hexacopter over a cornfield in Limestone Township.

Andrew Yoder, of Penn State, lands a drone at the California Grange in Limestone Township.

LIMESTONE TWP. — The ability to use images over fields and forests has totally changed remote sensing, according to Penn State professor Douglas Miller.

"I am still at Penn State in year 34. I couldn't leave before the chance to see this technology," he told members of the California Grange in Limestone Township, Montour County.

He spoke before Andrew Yoder, of Miller's department of ecosystem science and management, demonstrated the flying of a drone hexacopter over the nearby field owned by Herb Zeager.

Miller also discussed the use of a smaller drone Monday evening.

They flew the drones over the nearby farm of Bill and Sharon Whitmoyer Waltman in June. "We can stitch images together and create a very detailed map. We've created a topographic map," Miller said. Yoder said they took nearly 10,000 images that day, equal to 60 gigabytes of data. They expect to return to refine the landscape model of the Waltman farm.

Miller said quite a number of agriculture folks use smaller drones for a variety of tasks, such as counting sheep.

"Lynn can attest to locating stock and predators," he said of Lynn Fenstermaker, research professor of the Desert Research Institute, director of the Nevada Space Grant and NASA EPSCoR in Las Vegas. She grew up in White Hall and she and Sharon Waltman are Warrior Run High School graduates.

The program also served as a reunion for Fenstermaker, the Waltmans and Miller, who went to undergraduate and graduate school together at Penn State. Sharon worked as a soil scientist in digital soil mapping for the U.S. Department of Agriculture and her husband worked at Cornell University, the University of Nebraska and the USDA. Sharon also serves as grange lecturer.

Fenstermaker said she prefers to call drones small unmanned autonomous systems since they are equipped with high-tech systems compared with the "dummy" aircraft flown during World War II.

These systems can detect wildfire smoke plumes and can be used to study soil erosion, climate change, impact on the ecosystem, in archaeology, air pollution and more, she said.

The institute director who has worked on every continent hopes they can be used in cloud seeding in areas that need rain.

Bill Waltman said drones can have an impact on field productivity and water quality affecting the Chesapeake Bay. "We saw tremendous erosion from strong downpours," Miller said of their visit to the Waltman farm.

Miller said the hexacopter, with two cameras and one near the infrared spectrum, can detect if a plant is healthy, diseased or stressed.

The hexacopter is 3 feet wide and 3 feet in diameter. The smaller drone has four propellers compared with the hexacopter's six.

They fly the small drone and the hexacopter at the same time to collect data that is offloaded and processed with their software, he said.

"We are working with a farmer in Erie County who moves his cattle every day. We fly over the paddocks every two weeks to see how heavily it is grazed and for plant and soil analyses," he said.

They are discussing flying drones over rattlesnake dens.

"There are lots of applications in the agriculture industry," Miller said.

He said some of his students whose parents have farms use small drones to look for strays and land conditions.

Yoder said he is limited in flying in his line of sight, a quarter of a mile. He said the larger drone takes videos and still frames. He uses an iPad to see what the drone sees and pre-programs its flight pattern with it flying without his interaction. If he detects a problem, he can gain control of it.

Both he and Penn State graduate student Jon Chester are licensed by the Federal Aviation Administration (FAA) to fly the drones.