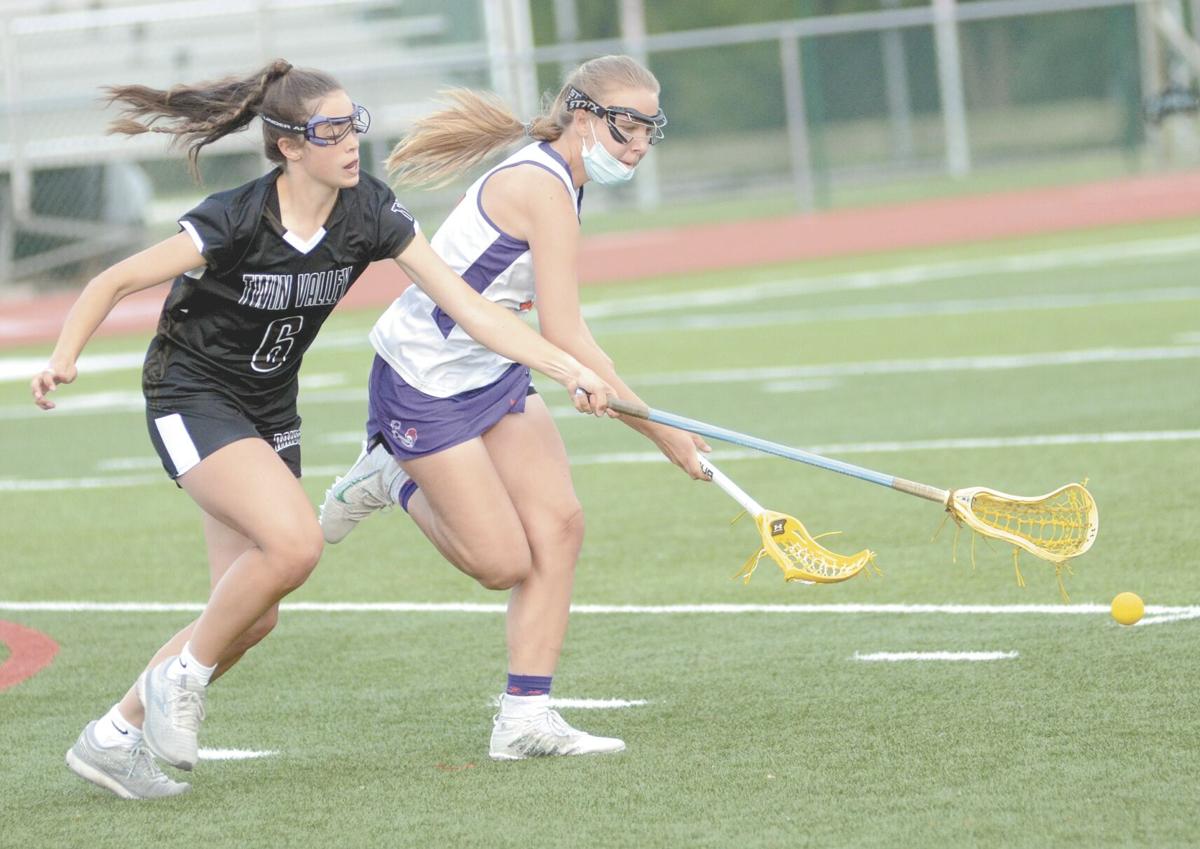 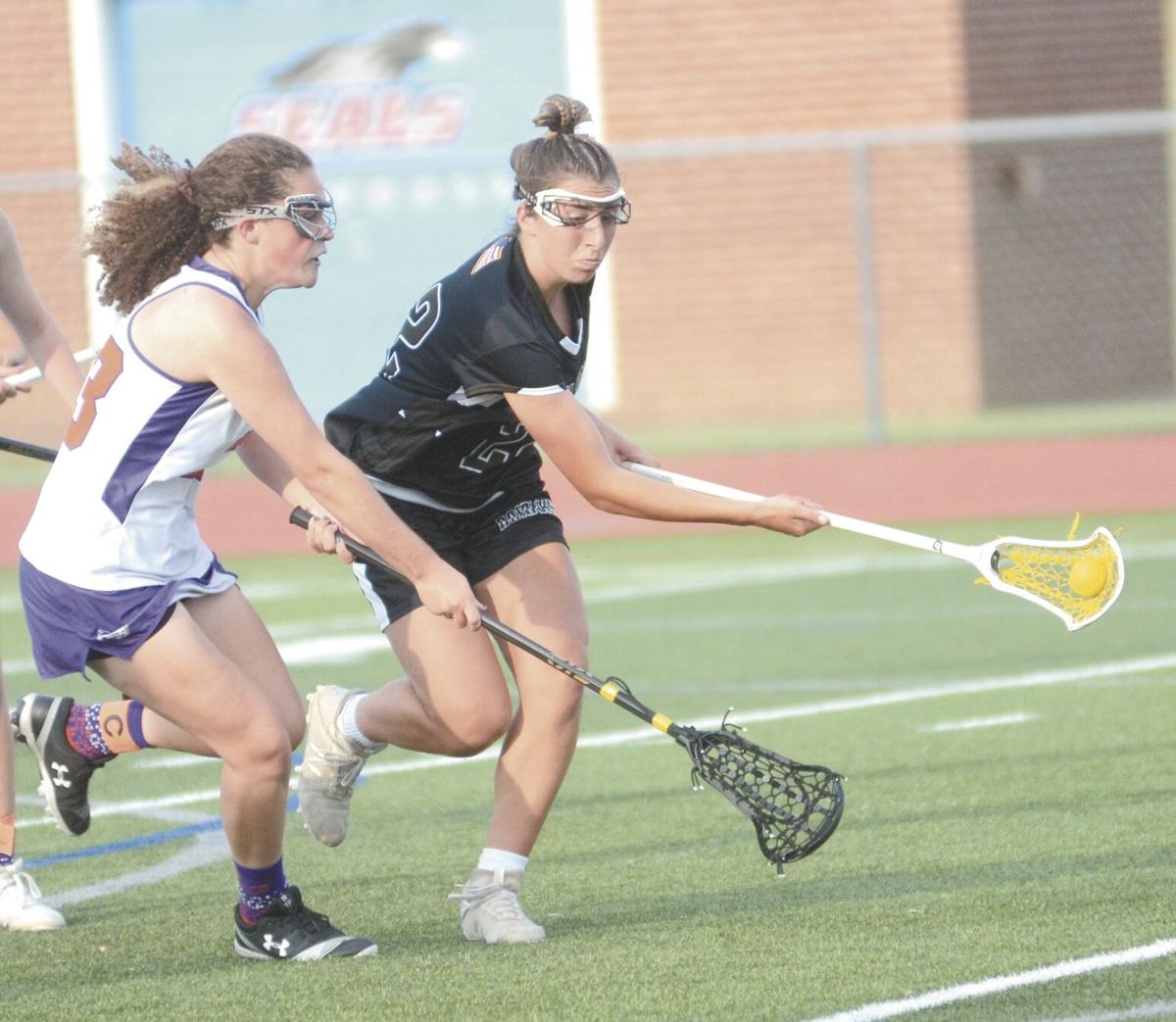 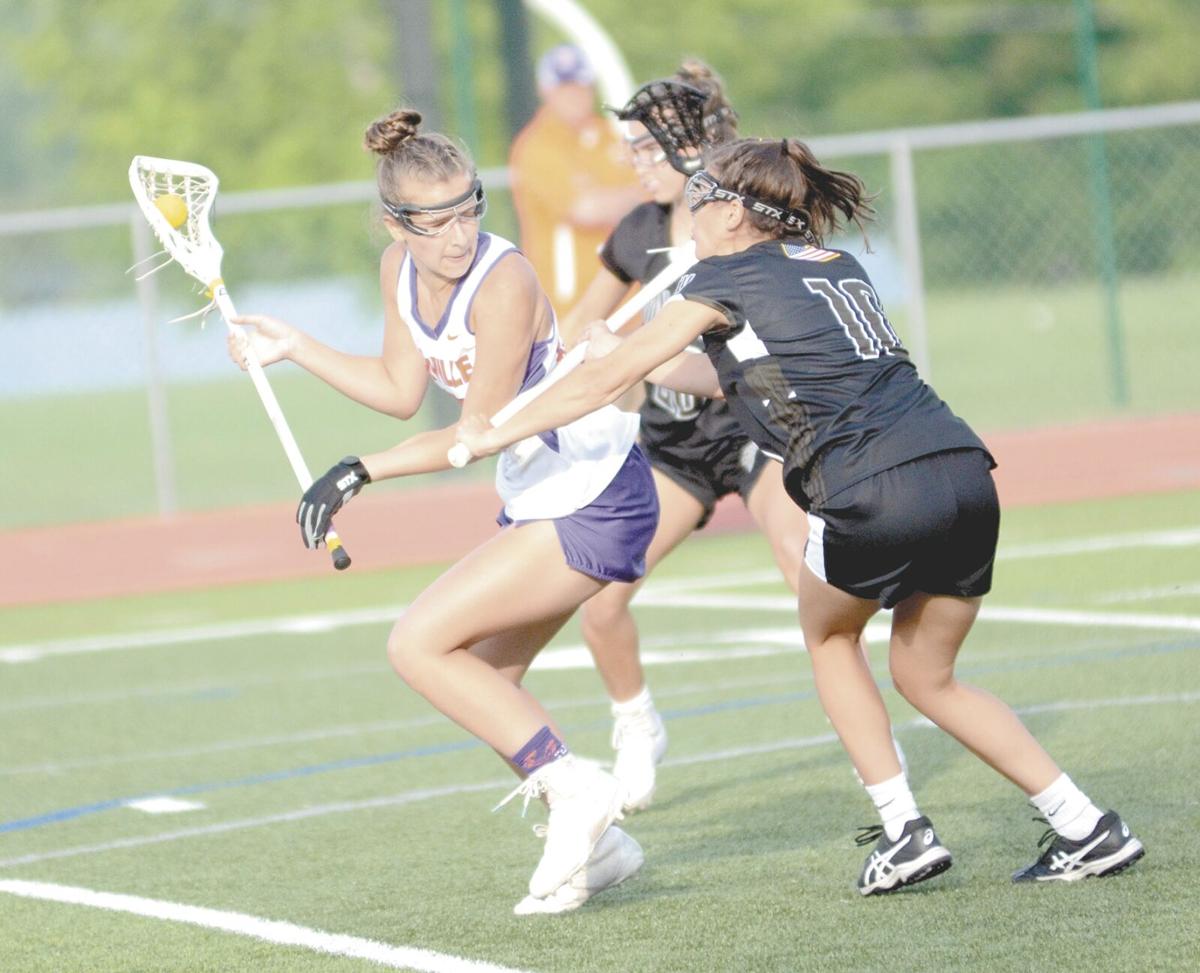 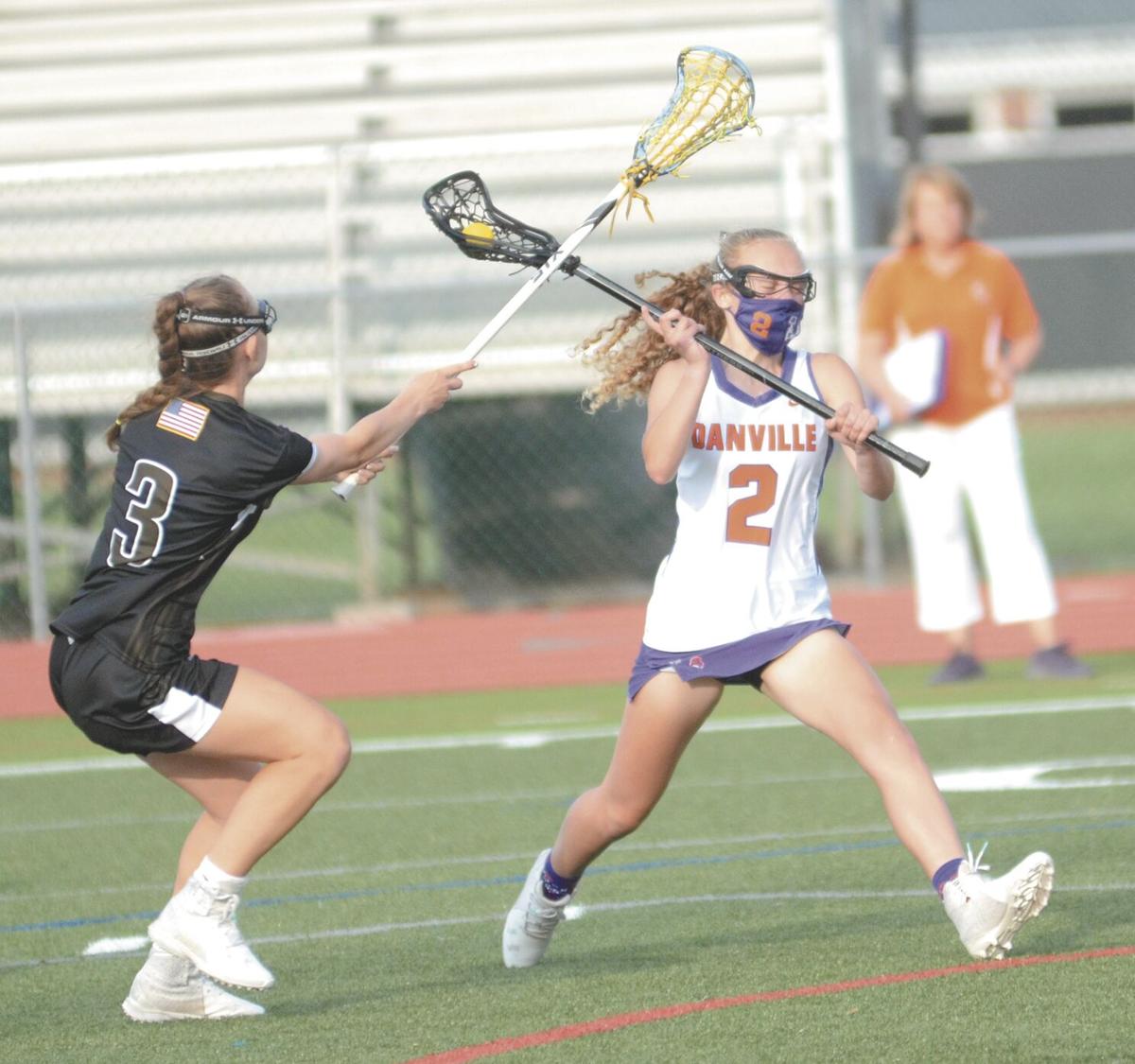 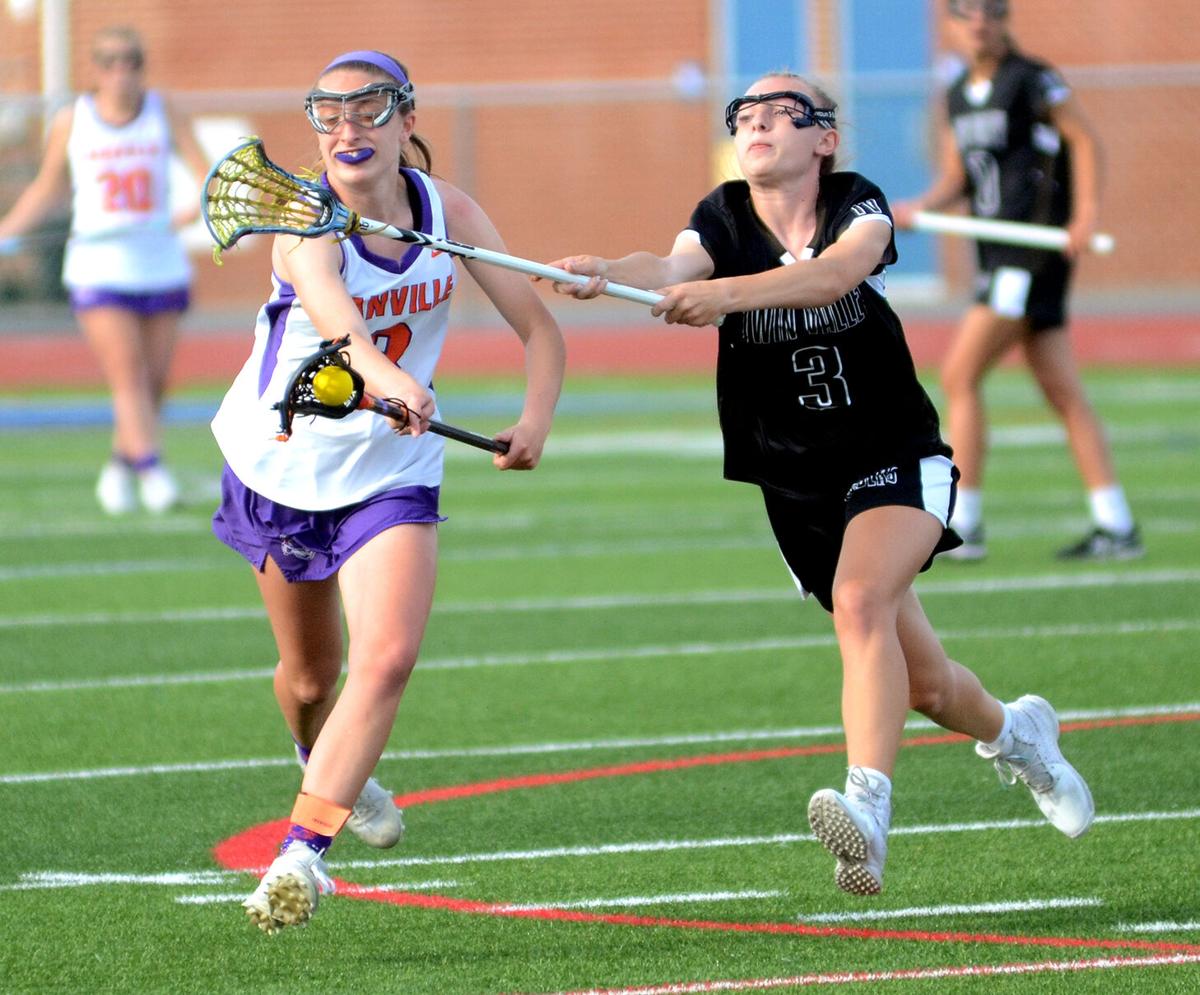 SELINSGROVE — Carlene Klena knows there is work to be done.

The Danville girls lacrosse coach is tired of seeing her team consistently win the District 4 title — the Ironmen won their sixth title in the last seven seasons this year — only to lose a lopsided state playoff game.

That happened again Tuesday night, as Danville fell 18-1 in a Class 2A state first-round loss to Twin Valley. It was the sixth straight postseason loss for the Ironmen since their win in the 2014 first round.

"I'm frustrated. There's just no competition here (in District 4), and then the competition is so great (in states)," Klena said after the game. "We're geographically challenged because all of the stronger club teams are not anywhere near us. It's just hard to develop. None of the District 4 teams have youth development, so it's hard to get competition. Then you have to travel two hours to get involved in a club to develop these girls the way girls in Twin Valley are developed.

"It's just frustrating. There's such a small group of people trying to grow the sport here, and it's daunting."

Twin Valley needed only 16 seconds to take the lead Tuesday at Selinsgrove's Harold L. Bolig Memorial Stadium. Jade Shearer got the ball and made a long run straight toward goal. She shot and scored to give the Raiders an early lead.

Danville had a good stretch of possession and some dangerous shots over the next four minutes, but the Ironmen could not convert.

"There were definitely some bright spots," Klena said. "I couldn't ask for a greater group of girls. It's just about the development, and the skills development to be able to match (Twin Valley)."

After that offensive stretch for the Ironmen, the Raiders scored three goals in a span of 3:20 to extend the lead to 4-0. After another even stretch of almost six minutes, Twin Valley scored six goals in a span of 8:42 to take a 10-0 lead into halftime.

"I wanted to do more today," Klena said. "I've been waiting three years to get back in this game. Three years, and all that hard work in the offseason with every grade level. It's just so frustrating. I've got to go back to the drawing board."

It wasn't the ending to the season that the Ironmen wanted, but after the coronavirus pandemic wiped out the 2020 season, reclaiming the District 4 title in a full season was a success.

Outt was one of only five seniors on the Ironmen roster, meaning this was the first state experience for eight starters and several players off the bench.

"We're young," Klena said. "I had eight freshmen on this field (and three first-year sophomores). They showed their age. The only (first-year player) who didn't really show their age was my goalie. I felt like she was really composed. She got left hanging quite a bit, and I thought she did a terrific job."

Kaitlyn Gable, a sophomore, made 10 saves in the loss.

"Olivia, my sister, and I, we always played with the 2020 class," Riley Outt said. "We were kind of nervous going into the season with all the freshmen. I'm really happy with how they played. They exceeded my expectations, for sure. All props to Coach Klena because everything is run for her. She is incredible."

Danville's lone goal came 2:44 into the second half when Lucy Pickle scored immediately after a Twin Valley penalty.

"Olivia Outt was outstanding today," Klena said. "Lucy Pickle put one up for us. I think you could have guessed if anyone was going to score it was going to be her or Olivia."

"I'm happy with the effort that was there," Riley Outt said. "I don't think we were necessarily there mentally. We were a little off, but I'm just glad that we got to play. I didn't know if we'd be able to going into the season."

Klena has a plan to set up the Ironmen for more state success.

"I've already been thinking ahead," Klena said. "I'd like to get my younger girls — like U12 and U10 — involved in club and tournament play in the fall. I feel like if I have to do it myself with the district not developing, I can bring those younger players to the competition myself. ... If I can get a team together that can compete at a higher level at a younger age, then they can develop those skills as a large group."

The ideal scenario, according to Klena, is that other people in the Valley join in to raise the level of lacrosse.

"I call out Bucknell and Susquehanna; where are they?" Klena said. "Form a club team. Don't you want some local talent? It would make their lives easier. You can't do this alone. I could rattle off on one hand the number of people who are really, really trying. Definitely on my shortlist would be Karin Knisely, who started everything here. She's now the head official. It's like banging your head against the wall."

PIAA CLASS 2A FIRST ROUND