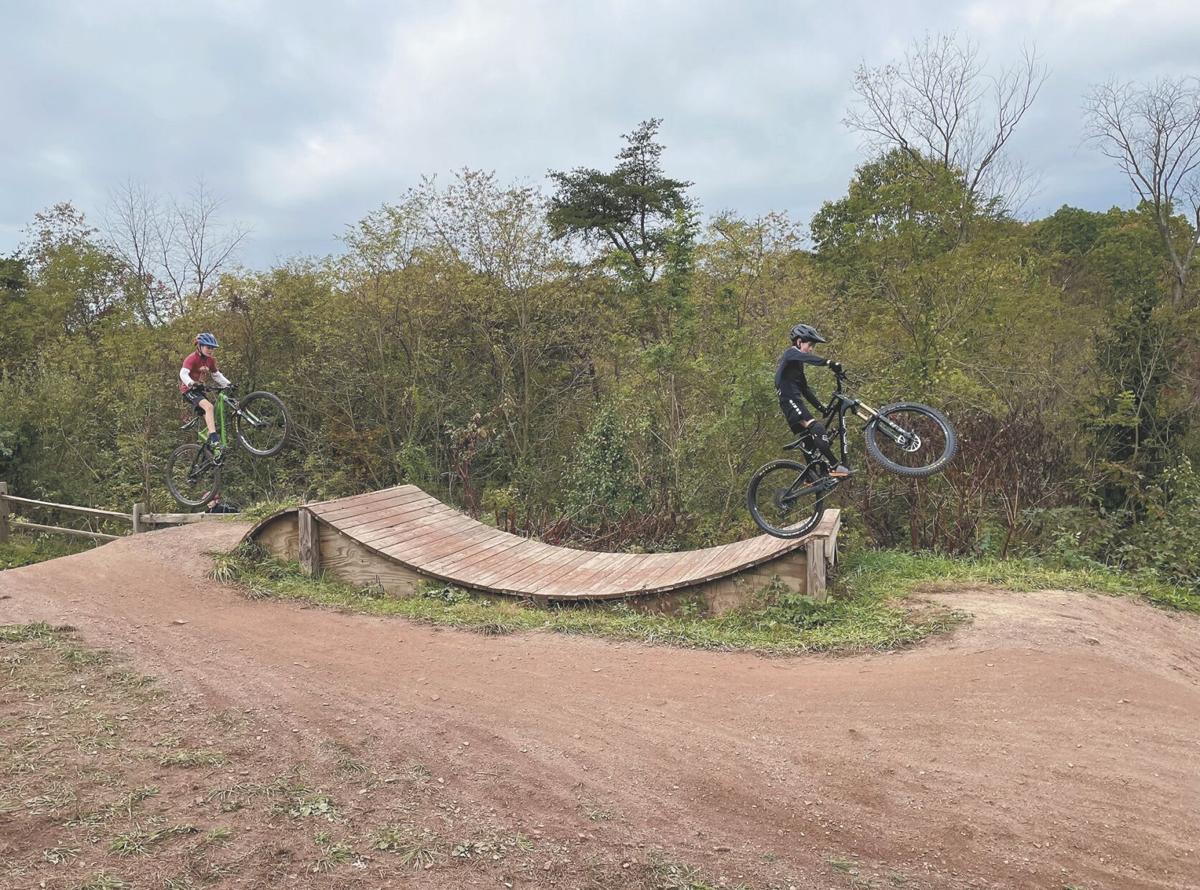 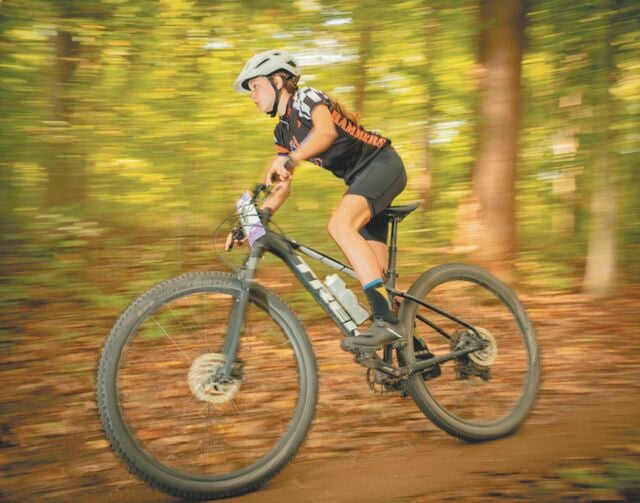 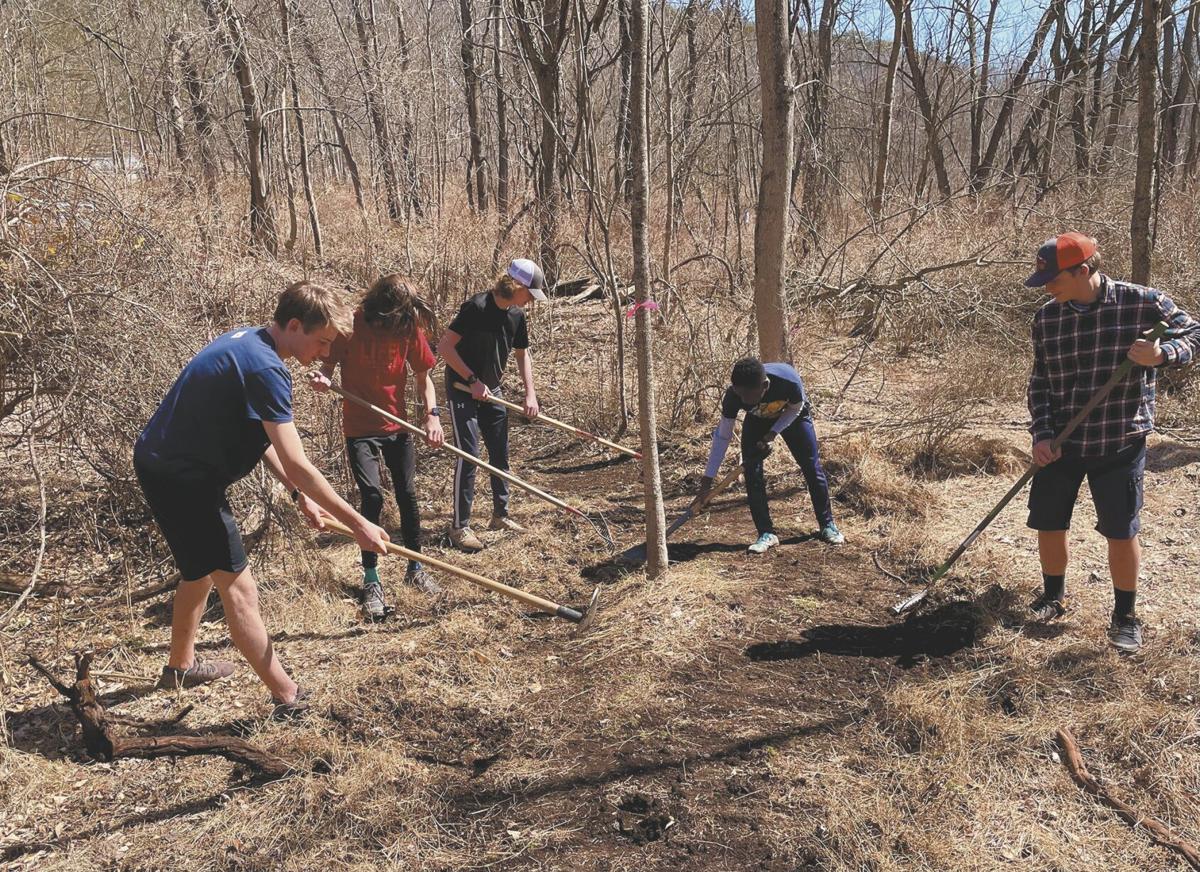 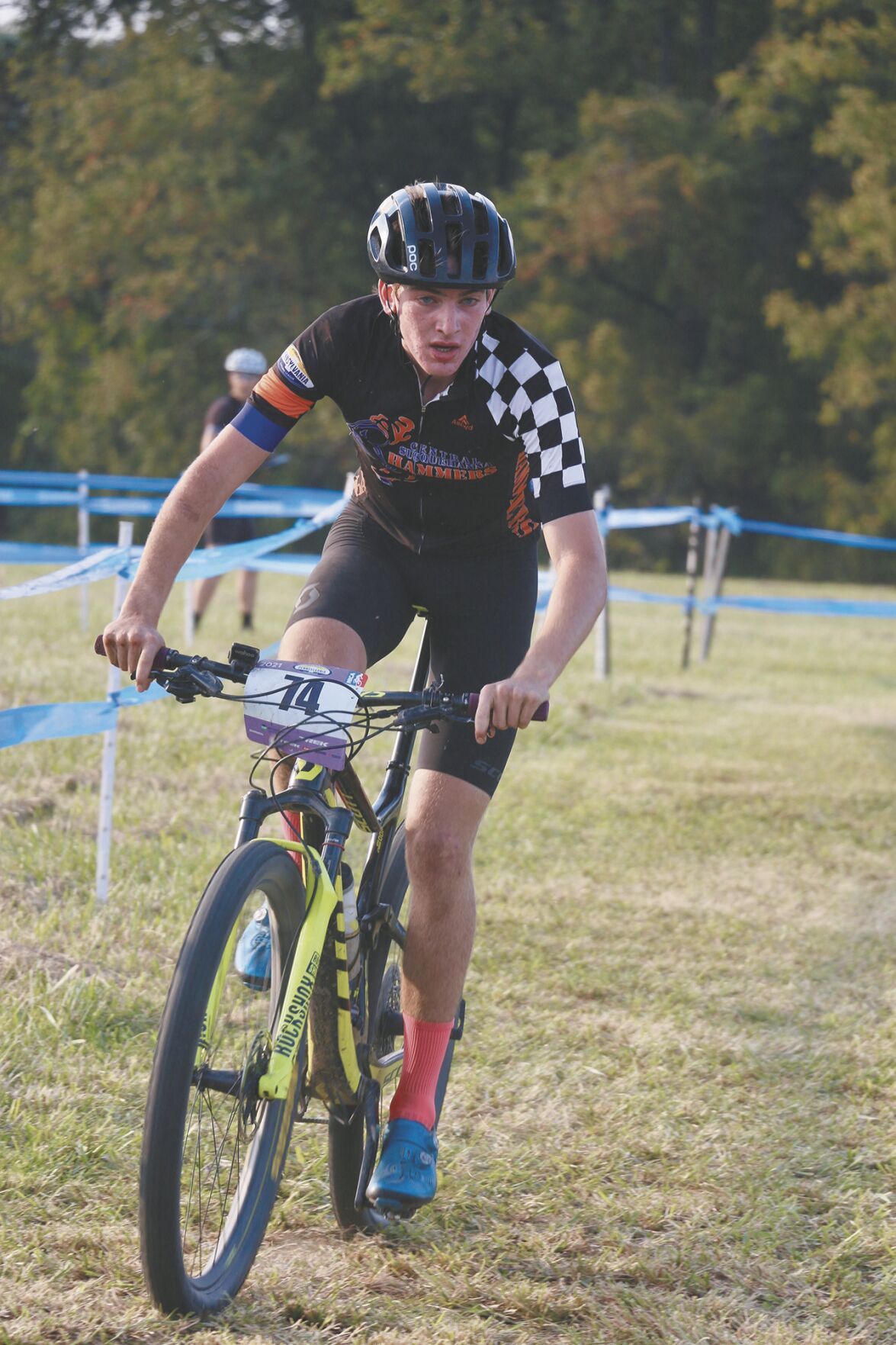 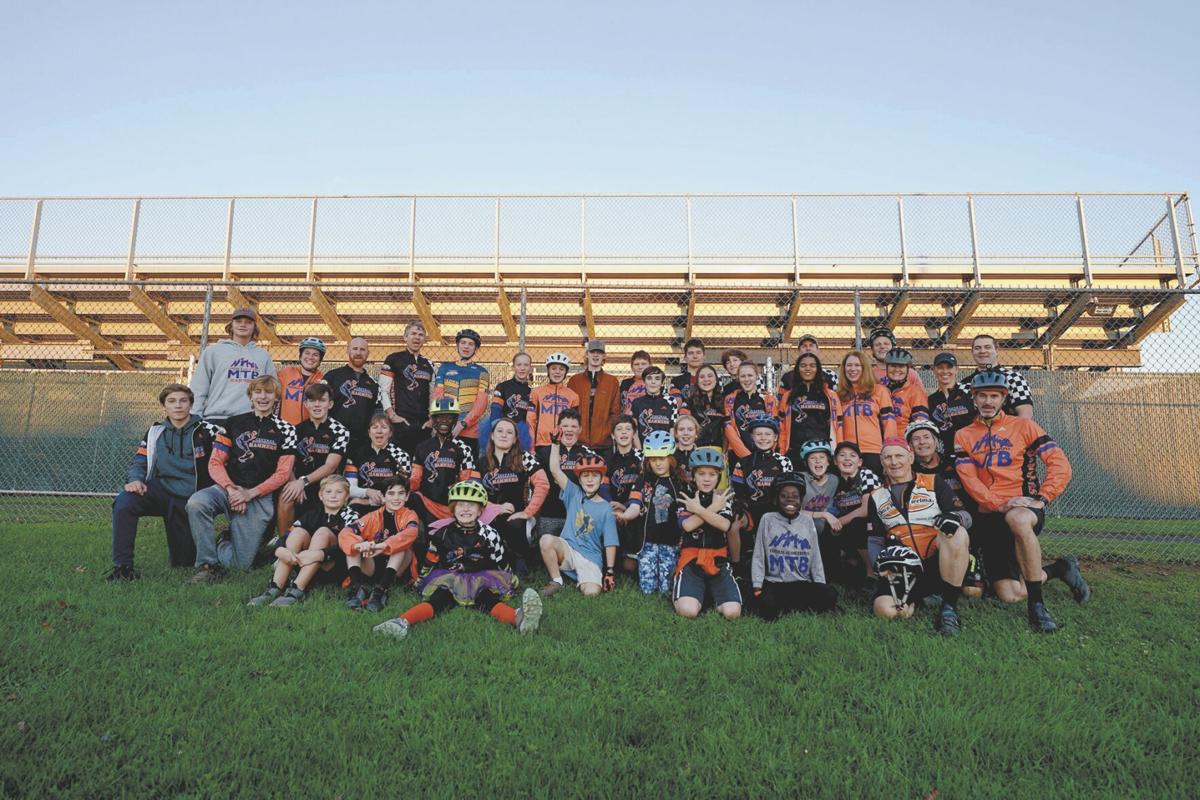 This year was just the fifth season for the district’s Hammers. The composite team, made up of students from outside the local school district, started just three years ago, according to head coach and team founder, Dave Decoteau.

The composite team formed after the National Interscholastic Cycling Association (NICA), the parent association for teams in close to 40 states, made the Hammers do so to accommodate kids coming from outside the district, Decoteau said.

Gabrielsen said his state win was the first time he took first in a varsity competition.

“I had taken first in the 10th-grade category two years ago when I was in ninth grade,” he said. “This year was no surprise. I had been training very hard for a long time. My power numbers were the best they’ve been.”

He said the competitions are on trails three or four miles long, and riders do five or six laps in a race, which lasts just over an hour.

Gabrielsen said he joined the Hammers after he outgrew his old bike and went to Ski Valley in Danville, where he now works, for a new bike. He saw a mountain bike he wanted, so he worked to raise money for part of the cost. His parents paid the rest on the condition he join the mountain biking team.

He said his favorite part of being on the Hammers is the camaraderie.

“We have like a big family,” he said. “We ride together, hang out together.”

He also likes the competition and wants to constantly improve.

He said he is thankful for his coaches for being so supportive and helping him, but, he added, “I wouldn’t be here if God hadn’t put me here and given me the ability to ride fast.”

Ingrid said she was surprised by winning the varsity state championship, even though she is in eighth grade.

“I was super grateful God gave me the ability to ride,” she said. “I trained hard and this season paid off. I had a really fun season. All the training made it a good competitive season.”

This was her first year competing on the varsity level. She practiced with the team for two years before she was able to join in sixth grade, where she won all firsts, she said. There was no season last year due to the COVID-19 pandemic.

“I love my teammates, I love my coaches, I love the training and seeing results come out the other side,” Ingrid said.

She hopes for a repeat season next year.

The riding championships are based on six meets held all over the state, from Pittsburgh to Allentown and points in between.

The season starts officially on July 1 and ends in October. Teams are allowed to have six preseason sanctioned events.

Decoteau pointed out that the Danville teams had the highest percentage of women of all leagues.

“We filled out a lot of women’s categories a lot of other teams weren’t able to,” he said. “It brings a good vibe to the team. It’s awesome.”

He said the teams also include a “Girl’s ROC” program that focuses on riding and getting girls comfortable on bikes.

The teams, though, are about more than mountain biking. The Divisions 1 Hammers also won the Teen Trail Corps (TTC) state championship, and the composite team, of Division 2, took third in the state in the TTC category.

The activities are categorized into badges that may be earned — Speak, Serve, Ride and Respect. After a student-athlete has earned all four, he or she receives a fifth badge, “Teen Trail Corps Captain.”

Decoteau said those activities include repairing trails, and teams receive ratings based on that work.

“If you don’t make and fix your trails, you’re not mountain biking for long,” Decoteau said. “We try to teach them basic International (Mountain) Bicycling Association rules. We don’t teach trail building.”

The coaches teach repairing troublesome areas such as washouts, trimming bushes, or if a part of a trail is too fast, they may reroute or make it more narrow to slow down the cyclists.

“We’ve had a lot of kids who don’t ever get a whiff of a podium distinguish themselves on trail fixing,” Decoteau said.

He said they also earn TTC badges with such activities as going to local government meetings or talking to other people to advocate for mountain biking.